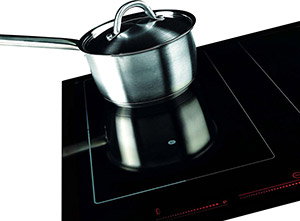 Just back from the Which? test lab are 10 of the latest hobs from top brands including Indesit, Zanussi and Cooke and Lewis, four of which have been awarded coveted Best Buy status.

Our lab experts were impressed with how quickly the four new Best Buys heat up, how evenly they cook, how easy they are to clean and how their useful features make life in the kitchen easier. These models join the other 11 Best Buy hobs we have already reviewed.

Those that didn’t make the grade in our tests were slow to heat up and, once they did, the heat was uneven. Some were also difficult to clean and awkward to use.

Take a look at all our hob reviews to find the best one for you and your kitchen – in total we’ve found six cheaper Best Buy hobs for under £300. If you’re not a Which? member, you can unlock all our reviews and original research with a £1 trial subscription to Which?.

In our latest batch we have tested induction hobs and gas hobs, many of which have interesting features that could make cooking easier.

The Sandstrom hob we tested has a ‘bridge’ which allows you to combine two of the four cooking zones and the Neff hob has a boost function so you can speed up the cooking process. The Beko gas hob has an automatic ignition so you can light it one handed and the Samsung hob comes with a wok ring to keep things steady as you cook.

If you’re not sure what type of hob or which hob features would suit your needs best, you can visit our guide to buying the best hob.

With some hobs costing as much as £700, you’ll want to know before you buy that the hob you choose will not only do its job well, cooking your food quickly and evenly, but also be easy to use and clean.

In our hob tests we check how long it takes each hob to reach 90°C, how effective it is at low temperatures and how well it distributes the heat so you know it won’t burn your food. In addition, we test the extra features that claim to make your life easier.

The models tested in our latest round of reviews are: