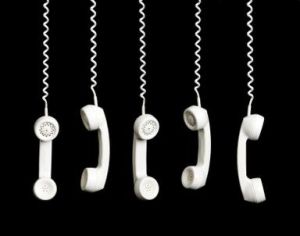 In a Which? undercover test of HMRC’s tax helplines, nearly a third of calls were cut off because the system was too busy – and for those who did get through, the wait was as long as 41 minutes.

Following complaints from Which? members about contacting HMRC, Which? researchers made 100 calls to the main HMRC helplines – for self-assessment, and for general queries – spaced out across a week and at different times of the day. Of our calls, 29% were cut off before we got through to an adviser. The automated switchboard told our callers: ‘We’re very busy right now…We’re sorry we can’t deal with your call at the moment. Goodbye.’

The level of cut-off calls seems high, but is recognised by HMRC in its target of answering 80% of calls; its own recent figures show a success rate of just 74.5% (for September 2014). Our calls were made in late September and early October, before the busiest months of December and January.

Find out more: The Which? tax calculator- check your tax figures before you contact HMRC

HMRC introduced a new voice-recognition switchboard to answer tax queries in November 2013. This replaced numbered options in a bid to cut overall call times by directing enquirers to an appropriate adviser. Our callers found that the voice-recognition system understood obvious tax terms quickly, but more general questions sometimes caused problems. When we asked: ‘Is there any tax to pay on premium bond winnings?’ the system suggested we wanted help with a VAT  surcharge notice, for example.

Once the automated system has detected the reason for your call, it puts you on hold until an adviser is free.

Waiting for a tax adviser

The length of time our callers were kept waiting to speak to an adviser varied considerably. The average call time was 18 minutes, but one took 41minutes. However, one of our callers go through in just over 2 minutes.

We found that waiting times were shortest early in the day (HMRC call centres open at 8.00am) and longest in the afternoon and evenings. Fewer early morning calls were cut off.

Calling HMRC by telephone can be frustrating but it is still the fastest way of making contact. Emails are only accepted on a narrow range of subjects and postal enquiries can take at least a month, if not longer.

As the 31 January 2015 self-assessment tax return deadline approaches, it’s important to persist if you have an urgent tax query. Ringing early in the day and making the reason for your call obvious will help you get through. HMRC offers authoritative guidance on tax returns and more general tax matters.