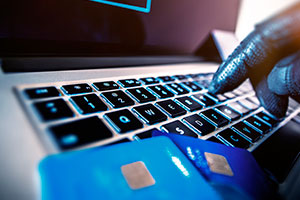 Today, we’re making our first super-complaint to the financial regulators, calling for banks to better protect customers who are tricked into transferring money to a fraudster.

UK consumers now make more than 70 million bank transfers every month – compared with just over 100 million in a whole year a decade ago.

But protection standards haven’t kept pace, and – unlike many other payment methods – those conned into transferring money by bank transfer to a scammer currently have no legal right to get their money back from their bank.

You need to act fast if you’ve been scammed. Use our advice on how to spot, report and get money back following a scam.

We can only protect ourselves so far

As scams become increasingly sophisticated, consumers can only protect themselves up to a point.

Director of Policy and Campaigns at Which? Alex Neill said: ‘We all now regularly use bank transfers to pay for things, but what most of us don’t realise is that if you’re conned into paying out money to a fraudster, you stand to lose all of your money, unlike when you use your credit or debit card.

‘With scams on the rise, consumers can only protect themselves so far, and we believe that banks must do more to tackle bank-transfer fraud and safeguard their customers from scams.’

New Which? research found that three in five people didn’t realise they had no consumer protection from their bank if they are scammed into making a bank transfer.

Eight in 10 people said they’d used bank transfers to make payments and, alarmingly, one in 10 either knew someone that had or had themselves made a bank-transfer payment to a fraudster’s account.

People can’t be expected to detect complex scams pressuring them to transfer money immediately, or spot lookalike bills claiming to be from their solicitor or builder.

Banks have developed and invested in security checks and systems to detect and prevent fraud where they are liable to reimburse the victim – for credit card scams, for example.

But there aren’t sufficient checks or systems in place if someone is tricked into transferring money directly to another person’s account.

Which? believes that banks should shoulder more responsibility for money lost to scams made by bank transfer, just as they reimburse customers who lose money due to scams via direct debit, credit and debit cards, or fraudulent account activity.

Banks will then have an incentive to use technology and information, in ways that consumers simply cannot, to develop better mechanisms and prevent the fraud occurring in the first place.

Using our legal powers, Which? is making a super-complaint to the Payment Systems Regulator and alerting the Financial Conduct Authority.

We want the regulators to:

The regulators now have 90 days to investigate and respond to Which?’s concerns.