Picture the scene: you’ve just got back from a lovely dinner with friends and they had this fancy new gizmo. You could talk to it and it would play music, dim the lights and even settle disputes by serving up answers before heated discussions became arguments.

Suddenly you find yourself wanting one.

A month ago, deciding which smart hub to buy was straightforward, with Google Home or Amazon Echo being the main contenders. The number of options has now more than doubled. Too much choice isn’t a bad thing, unless you don’t know the difference between each one.

We’re running the rule over nine different voice-controlled smart hubs from Amazon and Google, so you can see which one suits you.

Top smart hubs for 2017 – do the Amazon Echo and Google Home feature?

The Echo and Home range at a glance 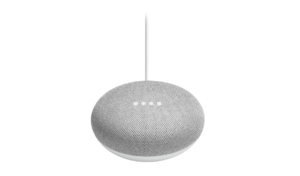 The Echo Dot is a big seller for Amazon and a popular choice for anyone who already has speakers. Google’s lack of a cheaper option would have made the Echo more appealing in the eyes of many, and it was only a matter of time until Google released its own micro-hub.

The Google Home Mini has the same features as the full size Google Home, but the smaller speaker probably isn’t ideal for playing music with any oomph, although Google did say the sound quality is surprisingly good. We’ll see for ourselves when we test the device. The inclusion of a Bluetooth connection – something the full-size Home doesn’t have – leads us to believe that Google is expecting most people to connect this to their existing speakers.

The Echo Dot works in a similar way, but it does have a line-in port, which means you can connect it to speakers using a cable. That’s handy since some speakers, including the Sonos range, don’t have Bluetooth.

Despite its small size, the Home Mini can still control your smart tech, give you news briefings, weather forecasts and more. The fabric top of the Mini is touch sensitive and tapping it can adjust volume. Touching the top would previously prompt it to start listening (rather than needing you to say ‘OK Google’), but that feature has now been disabled by Google after the Home Mini was found to be recording users without their knowledge; a problem with the sensor made the Mini think it was being touched.

What is the Google Home Max? 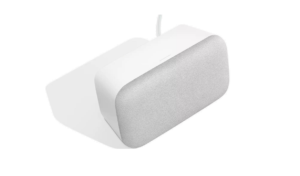 If the Google Home is designed to lure people away from the Echo Dot, then the Home Max is an alternative to the Apple HomePod. Both devices put audio first and are priced closer to a premium speaker from Sonos or Bose.

Our own research has found that the majority of requests made to smart hubs are to play music, so it makes sense that Google is focusing on the audio side of things. Amazon hasn’t announced a premium-priced smart hub, but both the new 2nd generation Echo and the Echo Plus have larger speakers than the original Echo.

Google says the speaker in the Max is 20 times more powerful than the Google Home and the clever system adjusts the sound based on where it is in the room to give you the best possible sound.

Are smart hubs with screens the future? 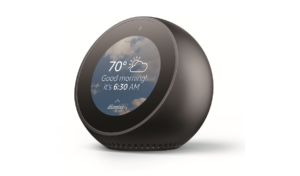 Amazon clearly seems to think so, seeing as it’s releasing two. First up is the Amazon Echo Show, which debuted in the US earlier this year. It has a sizeable seven-inch screen and you can use it to check the weather, watch news briefings and see what’s coming up in your calendar. None of those are particularly exciting capabilities and, in a slightly petulant move, Google removed the YouTube app from the device.

A more interesting use of the screen, and the camera mounted above it, is the ability to make video calls.

If you like the idea of a screen, but you’d prefer something that takes up less space, the Echo Spot could be a better option. It’s a circular device with a 2.5-inch screen and a camera for video calls. It’s billed as the natural evolution to the Echo Dot, but by adding a screen the price jumps significantly; unlike the Dot, it isn’t a bargain smart hub.

The Echo Plus and Echo 2nd generation: what’s the difference? 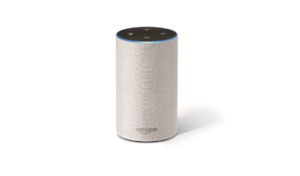 Aside from the design, there may not appear to be a lot differentiating the two. Both have the same speakers, although the Echo Plus’s tweeter is a fraction larger; both can control your smart gadgets and both have Alexa built in. The new Echo is smaller and is available in a range of finishes, much like the Google Home, while Echo Plus is identical to the original Echo. So why does the Plus cost £50 more than the 2nd generation Echo?

Amazon says the Plus has an in-built smart hub. Considering both Echos can control your smart tech, though, it’s a strange claim to make. What we know is that the Plus will be compatible with more devices since it uses the ZigBee protocol; buyers are also given the option of having a Philips Hue Light Bulb bundled with it. Amazon has also said that it will be easier to set up and connect smart tech to the Plus.

We’ll be able to say definitively if the Echo Plus is worth an extra £50 when we test both of these devices later this year.

Looking to get started with smart tech? Read our guide to How to buy the best smart home hub.