Curve is a new ‘smart’ card that allows you to combine credit, debit and some prepaid cards in one place, switching between accounts with a smartphone app.

The firm behind the innovation claims it will simplify the way we pay for things and help us manage our money more effectively. But is it a safe and secure way to manage your money?

Which? takes the Curve card for a test run and weighs up its security and consumer protection to see if it’s worth ditching your wallet for good.

How the Curve card works

The Curve card lets you combine all your Visa and Mastercard accounts in one. It works in conjunction with a secure app which allows you to upload an unlimited number of debit, credit and prepaid cards.

The standard Curve card is free but Curve Premium, which will offer enhanced Curve Rewards (once launched), attracts a one-off £50 fee.

To get set up, you will need to download the Curve app from the Apple App Store or Google Play. Once your Curve card arrives in the post, you can use the app to upload the details of your payment cards – either manually or by taking a picture.

Each time you add a card, you will have to verify it, which involves Curve charging and then refunding a small amount (no more than £1.50).

When you’re out shopping, you just need to select the card you want to use via the app. The Curve card can be used in stores, online and at ATMs anywhere Mastercard is accepted.

How secure is the Curve card?

The Curve app is protected with a four-digit security number. The card itself comes with a PIN to withdraw money from an ATM or for transaction that don’t work with contactless.

Details about the cards you link to Curve aren’t stored on your device. So, if someone gets a hold of your Curve card or accesses your app, they won’t be able to lift any important information, like the long card number or CVV.

If your Curve card is lost or stolen, you can block it immediately using the Curve app. If your phone is also compromised, there is a 24-hour support line that users can contact to shut the card down and protect all their payment cards at once.

Keep in mind that fraudulent transactions made using your Curve card won’t be the responsibility of your bank. But Curve claims it will refund losses within one working day, subject to the necessary investigations.

We used Curve over the course of a week for everyday spending and larger purchases. Here’s what we liked about it.

It’s simple to use

We set up three cards to use on Curve with ease.

The app was easy to navigate and we used the card without a hitch on a number of contactless, chip and PIN devices, as well as for online payments.

You get instant notifications

Every time you make a purchase, you get a notification on your phone and by email. These can be turned off, but they can help you spot if your card is being used fraudulently.

You can go back in time

One of the features we liked best is that you can ‘go back in time’ and move payments you’ve made onto another card, up to two weeks after the event.

It’s useful if you forget to change to the right the payment card on the app or realise your budget would benefit from the shift. 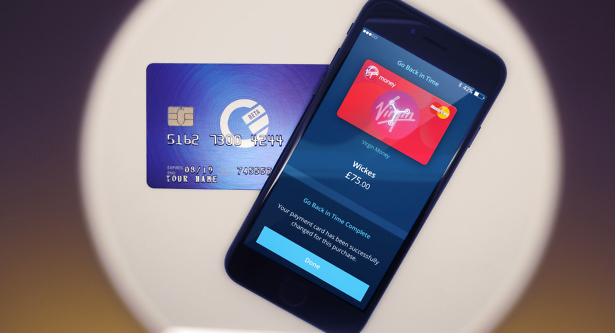 Returns are much easier

Ever been to a shop to return an item and forgotten the card you used to pay with?

With Curve, it doesn’t matter what account you bought the item with – as long as the Curve card was used for the transaction, you just need that to process a return.

Spending analysis at a glance

As well as making payments simpler, the app allows you to see lots of information about your spending in one place.

The timeline lets you see all the purchases you’ve made across all accounts but you can also filter this information down by card, time period and category.

This is great for being more engaged with how you are spending money without having to log into them separately.

You can save on foreign transaction fees

Although we didn’t take the Curve card on holiday, it’s worth pointing out that you can use the linked debit or credit cards abroad without paying hefty foreign transaction fees.

For payments, Curve uses the wholesale market rate at the time of purchase and adds 1% for transactions abroad. But keep in mind that cash withdrawals attract this fee plus £2.

Here are some of the cons of that you might want to consider before using the Curve card.

The Curve card is not compatible with American Express, Maestro, Diners Club, JCB or UnionPay.

So, if you have any of these types of cards, you won’t be able to link them up to your Curve Card.

There are spending caps

Cash withdrawals on the Curve Card are limited to £200 per day.

Curve says that the cap will change over time as you build up a spending history.

Reward earnings can be impacted

If your cards give you reward points for spending with particular retailers, using Curve can also impact how much you earn.

This is because all transactions are registered on your card accounts as coming from Curve.

Say, for example, you had a credit card which allows you to earn two points for every £1 you spend in Sainsbury’s and one point for every £5 spent elsewhere. Using Curve would mean you only accrue points at the lower rate, even when you shop in the supermarket.

Another important downside to be aware of is that your purchases aren’t covered by Section 75 when you pay by credit card via Curve.

Under Section 75 of the Consumer Credit Act, your credit card firm is legally obliged to pay you back if anything goes wrong on purchases worth between £100 and £30,000 made using your card.

But a loophole in the legislation means this cover does not apply if the transaction is made through a third party, which applies to platforms like Curve.

Consumers do get some protection though, through Mastercard’s chargeback scheme. While not legally-binding, Mastercard promises to pay back any amount you lose, (in excess of the limits within Section 75) even if you are buying through a third party.

However chargeback is not as powerful as Section 75. So if you’re making a large purchase, you may want to avoid using the Curve card if you want to have the most robust cover.

The Curve card was really simple to set up, use and manage money.

But we were disappointed that you couldn’t link an American Express card with Curve and it’s not clear if this will be a feature in the future.

You can also only switch accounts on the app, which means you need to have enough phone battery and an internet connection.

Though being able to ‘go back in time’ was handy, it may be difficult to do if your budget, leaving you stuck using the wrong card.

The lack of Section 75 protection is also a major concern and is something you should keep in mind when making large purchases – though it is reassuring that you get some protection through chargeback.

If you like the sound of Curve, you can download the app and join the waiting list (currently 50,000-long) or jump up the queue by referring friends.