An undercover Which? investigation has discovered that some pharmacies are failing to give important safety advice to customers buying over-the-counter medicines such as paracetamol and ibuprofen.

We sent undercover researchers into 78 independent and high street pharmacies – including Boots, Lloyds Pharmacy, Asda, Tesco and Morrisons – to see whether staff gave the necessary warnings about medicines that could cause harm if taken incorrectly.

The advice given in one of our two scenarios – where our shoppers tried to buy two medicines that shouldn’t be taken together – was rated ‘poor’ in 11 out of our 36 visits.

In a further scenario, we found that some pharmacies were selling large amounts of paracetamol without asking any questions or giving warnings. This is not illegal, but we’ve flagged the visits as needing improvement, as it’s not best practice.

“People will be alarmed that some pharmacists are missing out on asking their customers the basics, particularly in light of recent NHS advice to use pharmacies as the first point of call for minor illnesses.”

“Our advice would be to read the patient information leaflet on any medication you take and be proactive when seeking out your pharmacist’s advice by asking key questions, especially if you are taking more than one medication.”

In the first scenario, our researchers bought two items: Sudafed Sinus Pressure & Pain, and ibuprofen. These shouldn’t be taken together due to a risk of ibuprofen overdose. And this type of Sudafed should also be sold with dosage advice, as it is a pharmacy-only medicine – which means that to buy it we had to ask a member of staff.

Our undercover researchers spoke to a mix of pharmacists and sales assistants – but you should be able to expect good advice from any member of staff who serves you in a pharmacy.

Two classes of medicines are available without prescription – general medicines that you pick up from the shelves, and pharmacy-only medicines. The latter are kept behind the counter, with sales supervised by a pharmacist. According to our expert pharmacist, the poor results were from pharmacies that made no effort to distinguish a pharmacy-only sale from a general one.

Our table below shows what we found on each of our six visits to the pharmacies when trying to buy Sudafed Sinus Pressure & Pain with ibuprofen.

In our second undercover scenario, researchers tried to buy four 16-tablet packets of regular paracetamol at 42 pharmacies, supermarkets and discount stores. The aim was to see whether the Medicines & Healthcare Products Regulatory Agency (MHRA) best-practice guidelines limiting sales to two packets per transaction were being followed.

On 11 visits we were able to buy more than the recommended amount of paracetamol in one transaction, without any questions being asked. Paracetamol is the most common non-prescription drug associated with misuse deaths in the UK. The Royal Pharmaceutical Society (RPS) recommends that pharmacists use their discretion for sales of more than 32 tablets – ideally by asking questions or giving dosage warnings before selling more than that amount.

In our visits, Asda, Morrisons and Tesco successfully implemented a two-packet maximum. But it was a slightly different picture at some pharmacies, as a larger number of packets were sold without advice. We’ve rated these visits as needing improvement.

Worryingly, Poundland has a multibuy promotion, selling three 16-tablet packets of paracetamol for £1. Commenting on our findings, Ash Soni, president of the RPS called this ‘poor practice’.

What the pharmacies say

When we shared our results, Asda, Lloyds Pharmacy and Tesco committed to strengthening their pharmacy staff training. Boots told us it would take our findings on board to ensure a positive customer experience. Morrisons declined to comment. Poundland told us: ‘We sell most things for £1, which is why we sell three packets together.’ 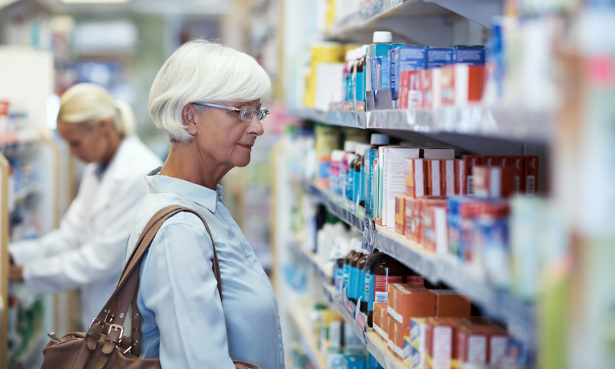 How to get the best from your pharmacy

Pharmacies are increasingly playing a part in helping us to manage our health to relieve pressure on GPs, and there are ways you can be proactive about getting the right advice:

Make sure you know what you’re buying. Many medicine ranges have similarly designed packaging but contain different active ingredients. For example, Piriton and Piriteze look and sound very similar, but the former is sedating and the latter isn’t.

Vital information can be lost in long lists of ingredients, and experts we spoke to highlighted multiple-ingredient cold and flu remedies as ones to watch out for. It’s easy when taking a combination of these products to take more paracetamol than recommended, even when you’re just taking ‘top-up’ doses that build up over time. Combination cold and flu medicines account for the most accidental overdoses involving over-the-counter medicines.

And it’s a good idea to read the patient information leaflet even if you’ve taken the medication before, as the information is regularly updated.