Fraudsters have exploited a payment system used by big brands, including Asos, JD Sports and Topshop, to order goods in other people’s names.

Some victims have had thieves knock on their doors and letters demanding payment for goods they never ordered.

Swedish firm Klarna allows users to buy before they pay and, unlike other payment options, doesn’t require a payment method for 30 days.

Which? received reports that in some cases thieves had entered other people’s names and addresses then intercepted the package.

A few weeks later, the victims received a letter from Klarna chasing up the payment, warning the debt will impact their credit rating.

As a result of these reports, Klarna acted quickly to alter its authentication processes.

One victim told us they were working from home when a parcel from JD Sports arrived. About 15 minutes later, a man in his twenties knocked on the door saying the parcel was his.

When challenged, the man snatched the parcel and ran off. The victim reported the thief’s car registration to police.

In another case, a woman told us her husband had received a letter from Klarna for an overdue payment of £174.99. A few weeks later they got a final-demand letter saying that a debt agency would be used if payment wasn’t made.

She tried to sort out the situation over phone and via email, and then took to Klarna’s Facebook page where she was told the matter had been reported to their fraud department and the matter closed. She is still worried that the incident may have affected her credit rating.

She said: ‘Once they responded to my message and acknowledged my complaint and concerns they were very good. But to be threatened with bailiffs was quite upsetting.’ 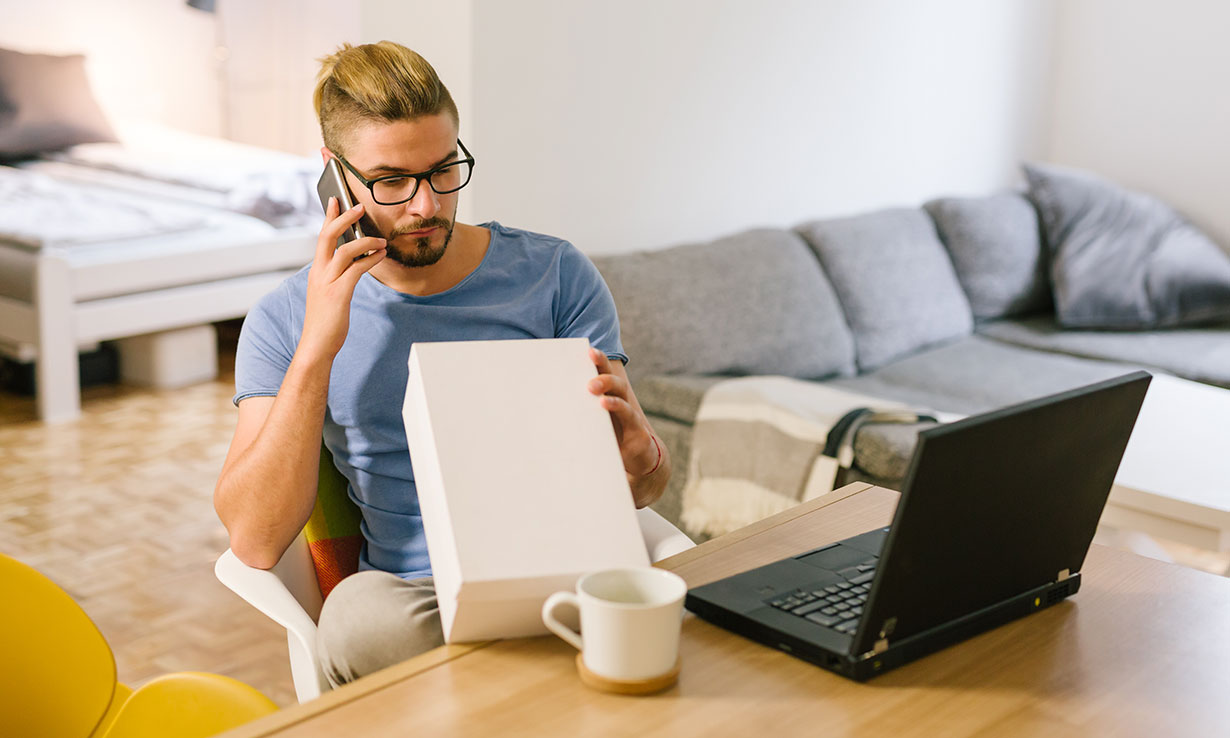 A spokesperson for Klarna said that it takes fraud seriously, and when this issue arose it immediately looked at ways to combat it.

‘We are continually looking at how we can improve our systems, using advanced fraud-detection and prevention techniques. Since this issue arose, we immediately looked at ways to combat it and have altered our authentication processes as a result. We can’t go into further detail on these measures for security reasons,’ the spokesperson said.

Klarna said that anyone affected by fraud should contact the company to dispute the order, and that this will in not affect a customer’s credit rating.

‘Usually, this is done by phone immediately. If the individual contacts Klarna by email, they can expect a response within two to three days.

‘If the affected individual has already received goods on a fraudulent transaction, Klarna will cancel the debt and the merchant will manage the return of the goods. This will in no way impact a customer’s credit rating.’