The latest smartwatch from Fitbit has been unveiled – introducing the Fitbit Versa. It’s due for pre-order and shipping in April and will cost £199.

It’s the second full smartwatch from Fitbit, following on from the Fitbit Ionic, and is designed to replace the Fitbit Blaze. But why is Fitbit focusing on smartwatches, and is it just dipping a toe into the market or planning on making a big splash?

Why has Fitbit launched another smartwatch?

The name Fitbit used to be synonymous with fitness trackers, so why the new focus from Fitbit on smartwatches? According to the latest data from Mintel, it’s a sensible move – smartwatches now top the list of wearable technology that people would consider purchasing. Some 32% of UK-based adults would be tempted by a smartwatch compared to 29% who would consider a fitness watch or activity tracker, and smartwatch ownership has steadily risen to 9% as of the end of 2017.

Fitbit has said that, for now, its range will remain skewed towards fitness trackers, but towards the end of 2018 this will shift in favour of smartwatches. If you’re just after a fitness device, read more on how to buy the best Fitbit fitness tracker.

The main difference between the Versa and previous Fitbit smartwatch offerings comes down to size and design. It’s smaller and lighter, and the chunky rectangular bezel has been replaced with a smooth-edged square, which Fitbit hopes will appeal to a larger audience. There will be a choice of styles too, with black, silver, rose gold and charcoal coloured bezels and a range of straps. Fitbit claims the battery will last for four days, which is below average for a smartwatch.

The Versa can do almost everything we’d expect of a Fitbit device, including tracking steps and giving reminders to move. It’s got a built-in heart-rate monitor, like the Ionic, and it will be water resistant to 50 metres. There’s also a SpO2 sensor for monitoring sleep apnea. There’s built-in storage for keeping music on the device, but it’s unclear how useful this will be in the UK as there is still no UK music partnership for the Ionic. Reflecting Fitbit’s aim to increase its products’ appeal to a female audience, health tracking specific to women will be added later this year – including being able to log periods and predict ovulation.

Disappointingly, especially given the four-day battery life, the Versa doesn’t have built-in GPS. You’ll need to take your smartphone out with you to be able to track your route or distance based on GPS. We’ve come to expect this feature from high profile devices from big brands, so it’s a real shame that it’s missing. At £199, it’s cheaper than the Ionic but there are even cheaper devices that come with built-in GPS and smart functions – we take a look at these below.

If, like us, you were slightly disappointed at the news that the Versa doesn’t have built-in GPS, then don’t despair – we’ve tested plenty of devices that can track your distance and route without the need for your smartphone. 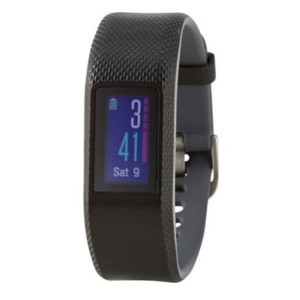 This activity tracker monitors steps, heart rate, sleep and calories burned. It also tracks your route thanks to its in-built GPS, meaning you can leave your mobile phone at home while out walking or running. It’s a slimline device, but is it comfortable, accurate, and easy to use? Read all about the latest activity tracker from Garmin in our full Garmin Vivosport review. 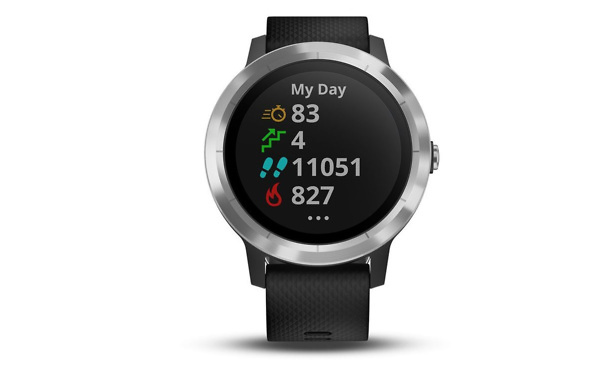 The Vivoactive 3 is a GPS smartwatch with built-in ‘Sports Apps’, GPS and a wrist-based heart-rate monitor. We were impressed by the original Vivoactive HR, but found the screen a little bulky and uncomfortable. The Vivoactive 3 is the first in the range to have a round screen – does this improve comfort?

We reveal all, including the results of our fitness tracking testing, in our full Garmin Vivoactive 3 review. 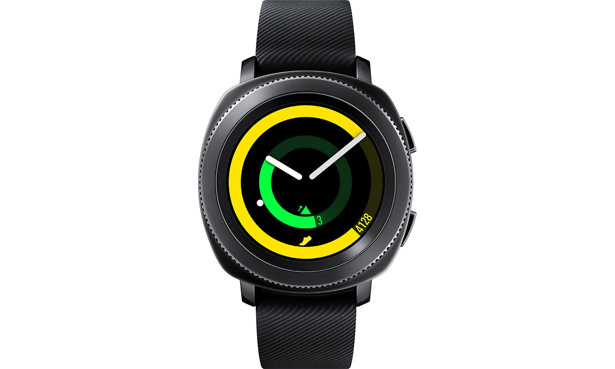 The Samsung Gear Sport may be more expensive than the Fitbit Versa, but it’s got an impressive list of features including built-in GPS, and the now familiar rotating bezel for easily flicking through menus. Is it worth spending extra? Read our full Samsung Gear Sport review to find out.