The Chancellor of the Exchequer Philip Hammond has delivered the Spring Statement for 2018, announcing a consultation on taxing plastic waste and encouraging digital payments.

Mr Hammond also gave a report on Britain’s economy, with economic growth ahead of its predicted targets and inflation expected to slow in coming years.

Which? explains what happened in the Spring Statement and what it means for your finances. 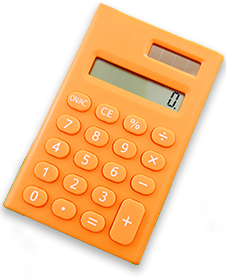 What is the Spring Statement?

Traditionally, the Chancellor of the Exchequer has delivered two statements to Parliament each year containing budget measures and economic forecasts: one in Spring and one in Autumn.

Until 2016, major tax changes were announced early in the year, in the Spring Budget, while the Autumn speech was primarily for economic forecasts.

But in 2016, Mr Hammond announced plans to hold the Budget in Autumn and a Statement in Spring – and today’s announcement marks the first Spring Statement under this new process.

Mr Hammond expressed optimism over the latest forecasts from the Office of Budget Responsibility (OBR), with economic growth ahead of target for 2018 and inflation set to decrease.

The OBR improved its forecast for economic growth for 2018, predicting GDP would increase by 1.5% for the year, up from its prediction of 1.4% in November 2017. However, its forecast for coming years remained unchanged, with GDP growth expected to sit at around 1.3% until 2020.

Below, you can see the predicted growth figures from today’s Spring Statement, compared with the predictions made in the Autumn Budget 2017.

Inflation hit 3.1% in November 2017, but the OBR predicted it had reached its peak. The latest forecasts hold that inflation will hover around 2% over the coming five years.

In the table, you can see inflation predictions from the Spring Statement alongside forecasts from the Autumn Budget.

Productivity is stronger than expected, according to the OBR, though it warned that these figures reflected a weaker number of average hours worked. Borrowing is also forecast to continue falling from 2018-19, with the deficit expected to drop below 2% of GDP next year.

In his Statement, Mr Hammond announced a consultation on digital payments and the use of cash.

Cash payments made up 40% of payments in 2016, and are predicted to fall to 21% by 2026, while the growth of digital payments has been fast-paced, according to the consultation paper.

The government is inviting evidence on how obstacles to using digital payments can be removed, but also how to ensure cash remains accessible and secure for those who need it. The consultation will remain open until 5 June 2018.

It comes as the number of ATMs in the UK is under threat from proposed increases to interchange fees.

Plastic waste is also in the Treasury’s sights, with Mr Hammond announcing a consultation on implementing a plastic tax.

Green groups, industry bodies and individuals are invited to submit evidence on how the government can use the tax system to curb the use of plastic.

The consultation follows a pledge by Prime Minister Theresa May to cut down on all avoidable plastic waste by 2042.

A further £20m has been committed from the existing Budget to allow businesses and universities to research ways to reduce the environmental impact of plastics.

In the Autumn Budget, the government committed £44bn over five years to raise the supply of housing to 300,000 new homes a year by the mid-2020s.

The November budget also saw stamp duty scrapped for first-time buyers purchasing properties under £300,000. Mr Hammond reported that 60,000 buyers have benefited from the change to date.

Warning: fake investment scam emails pretending to be from Which?