While the tablet world might not be quite as crowded as it once was, you can always rely on Apple to whip up some hype around its latest iPad release.

With the 2018 model now on store shelves, Apple is trying something a bit different – it’s cheaper than you might expect, and is also compatible with the Apple Pencil – previously reserved for its top of the range iPad Pro models.

To find out whether Apple has gone far enough, and if the latest model is a worthy upgrade, read on or skip straight to our review of the Apple iPad (2018). 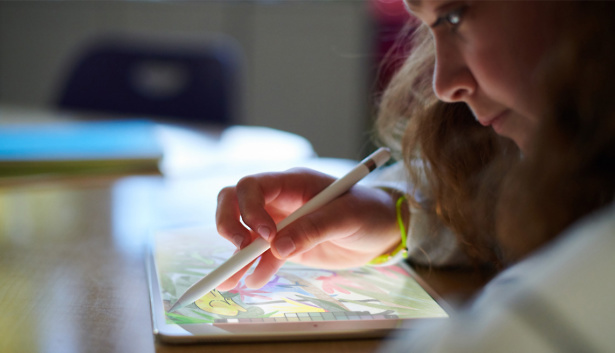 The 2018 model of the iPad replaces the 2017 model, also confusingly referred to as just ‘iPad’. But what has changed?

The most obvious difference is that the newer revision has been given a faster processor, with Apple kitting it out with an A10 processor, compared with the previous model’s A9. This means that you can expect faster performance from the newer model.

The other big change is that the iPad is now compatible with the Apple Pencil. Previously reserved for its top of the range iPad Pro models, Apple has rolled out functionality to the standard iPad, meaning that you can now annotate the screen, make notes or doodle. This makes sense when you see the marketing materials for the new tablet, which have a heavy educational lean to them.

Before you get too excited though, know that Apple isn’t so generous that the Pencil is included in the box. It will set you back £89, making it a significantly pricier proposition than your standard HB.

The iPad is still as diminutive as ever, at 7.5mm thick and weighing 469 grams, and Apple claims a 10-hour battery, which means it could be a fantastic travel companion. Unlike other brands, we’ve found Apple’s battery estimates to be fairly accurate in the past, but you’ll have to read our review to find out if that’s the case with the 2018 iPad. 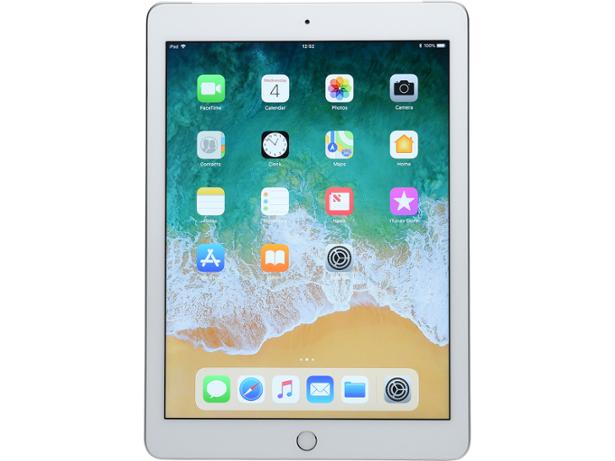 Apple’s modus operandi these days seems to be incremental improvements to its product line, and on paper this is exactly what the 2018 iPad appears to be – small upgrades from the 2017 model, without drastic reinvention.

The base model will set you back £320, and nets you 32GB storage, but if you’re a digital hoarder, you might want to splash out £409 for the 128GB version. It’s also available as cellular model, meaning that you can put in a Sim card to have internet access even if you’re away from a wi-fi hotspot.

If you’re after something a bit cheaper than the iPad’s £320 price tag, or fancy an Apple-free tablet, we have reviews of over sixty models, suiting every pocket, including models from Samsung, to relative newcomer Huawei, and spanning a diminutive seven inches to a whopping thirteen.