Keeping your built-in sat nav maps up to date could range from being free for the lifetime of the car to costing £164 per upgrade, according to a Which? investigation into nine of the most popular built-in navigation systems currently available.

Sat navs have become a permanent feature of modern motoring. Most built-in models cost more to add to a new car than even the most expensive Best Buy portable sat navs, but the convenience of not having to remove it each time you leave the car – and the potential for improved returns when it comes to selling – make them an appealing option. That’s especially true for those who frequently drive using sat nav.

But the cost of having the latest maps varies dramatically. Some car manufacturers, including Citroen and Volvo, offer free updates over the life of the car.

Others, such as Audi, give you free updates for an initial period but charge you a hefty amount after that, while Kia and Vauxhall charge you for every update you make. And some make it easier than others to update your maps.

Best Buy sat navs – see which devices and apps have aced our rigorous lab tests and whether any built-in models made the cut.

Here we break down the costs of upgrading the nine built-in navigation systems we’ve tested in the Which? lab to help you decide whether to include them in your next new car. 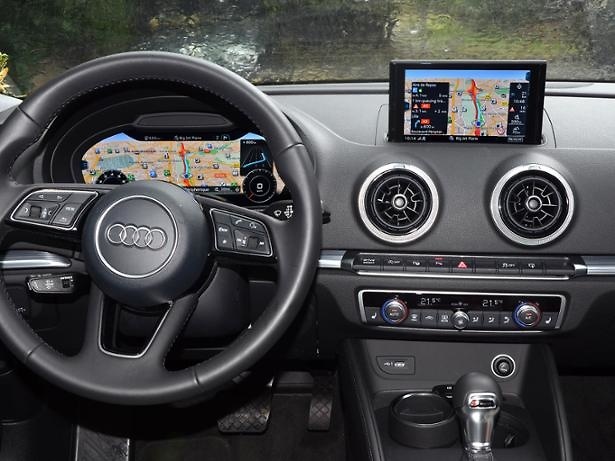 At the more premium end of built-in navigation, Audi’s MMI Navigation Plus is only available as part of an expensive options pack. It mitigates the cost with a stunning twin-screen display, which sees the map displayed in full colour where you’d normally expect the dials to be.

All customers opting for the MMI Navigation Plus get five free updates, which are issued bi-annually, with live traffic services renewing alongside each map.

However, things get more expensive after you’ve used those up, as maps can only be updated at an Audi dealer. Currently, for an A3 hatchback it would cost £164 for each upgrade, not inclusive of VAT or labour charges, which vary from dealer to dealer.

Citroen’s Connect Nav is easy to use, despite a low-slung screen, and offers quick route calculation. At £500 in the C3 hatchback (if not already included in your chosen trim level), it’s also reasonably priced for a built-in system. It is still considerably more expensive than the best portable systems we’ve tested, though.

Thankfully, map updates are available free for the lifetime of the car. You will, however, have to take your car to a local Citroen centre. Live traffic and speed camera data is included for three years and they then cost £42 and £69 respectively per year.

A built-in navigation system may seem a curious addition to a car that bills itself as the cheapest on the market. Nevertheless, the Dacia Sandero is available with Dacia’s Media Nav Evolution built-in system, albeit only on the range-topping model.

Given the car’s budget positioning, you don’t get any fancy twin screens or options, but you do get a system that’s functional and easy to use, with quick route recalculation.

Map updates are released every six months and are free for 90 days from buying the car, so you can at least be sure you’ll have the most up-to-date maps when you drive off the forecourt.

After those 90 days map updates cost £119, including four updates over a two-year period. You won’t need to take the car to a dealer, either: updates can be made by downloading maps onto your computer and transferring them to the car with a USB stick. 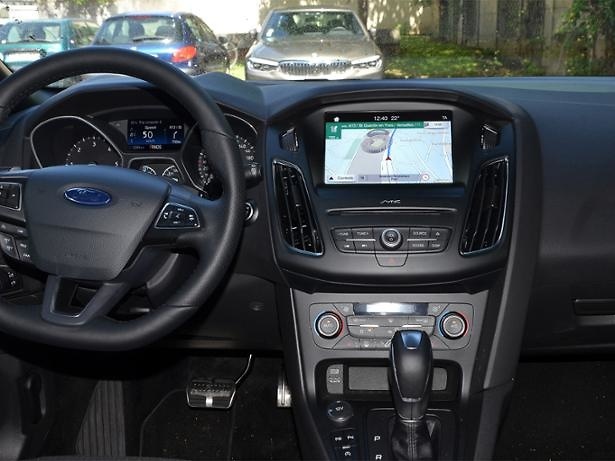 Ford’s Sync 3 Nav, as tested in the outgoing Focus hatchback, is a premium system that combines the car’s infotainment and navigation functions in one easy-to-manage program.

Currently, the maps are too new for any updates to have been made available and, while yet to be confirmed, Ford is planning to offer map updates free for the lifetime of the vehicle. Owners will have the option to take the car to a dealer, update via USB or, in the near future, update via wi-fi.

Live traffic services are included for two years but will require a subscription thereafter at a price yet to be confirmed.

Kia’s practical, no-nonsense approach to cars is evident in its built-in system the Kia LG Nav, which is easy to use and follow, and is displayed on a generously proportioned (if not ideally situated) screen.

The pricing structure for map updates is similarly straightforward: they’re released annually and carry a cost of £25, although Kia claims some dealers may not charge at all. And, as live traffic updates are only available through a Bluetooth-connected smartphone, there’s no subscription required.

Mercedes’ seven-inch built-in nav, the Map Pilot, is standard on all but the entry-level C-Class model, in which we’ve tested it, so the choice of whether to go for one isn’t so difficult.

However, unlike rival Audi, Mercedes doesn’t bundle in free updates. Owners won’t have to visit their dealer, as they will instead be able to log into the owner’s portal and download three years of maps and live traffic updates for £120.

Toyota also bundles map updates and live traffic services into one subscription. However, we found its Touch & Go 2 system to be frustrating to decipher at times when we tested it in the C-HR crossover.

If you decide to include it in your new car, you’ll enjoy three years of free updates, with one and three-year subscriptions available thereafter at £119 and £199 respectively. Updates can be made via USB.

Vauxhall’s Navi 900 system fitted to the Vauxhall Astra hatchback is easy to follow, particularly thanks to its excellent visual display. It’s a rather basic system, though, so isn’t available with traffic services other than the very basic TMC system.

Map updates are made available annually and can be done via USB stick or at your local dealer for an additional charge, with current prices from £94 per update.

Unlike Volvo’s newer models, the V40 Sensus Navigation is saddled with a rather small navigation screen that can become cluttered. It’s far from unusable, though, with a helpful lane assistant and clear audio instructions.

Thankfully, you won’t have to worry about shelling out for map updates, as they are free for the lifetime of the car, regardless of how many owners it has had.

V40 Sensus Navigation must be updated via USB, unlike newer Volvos that can automatically receive updates wirelessly. As live traffic information is managed via a connected smartphone, there’s no additional cost (outside your own data plan).

Should you buy a portable sat nav instead?

It can be difficult to reconcile the purchase cost of a built-in navigation system and the subsequent cost of keeping it up to date, particularly when most high-end portable devices cost significantly less and are offered with lifetime map updates (although ‘lifetime’ here means for as long as the manufacturer wants to support it). However, as you can see, if you choose your next car wisely, a built-in system could prove to be a good-value option, particularly if you use it regularly.

A built-in sat nav can also make a premium or luxury car more appealing to buyers, who would expect a greater amount of on-board kit.

However, with the rapid proliferation of smartphone sat nav apps, it would seem that even carmakers have seen the writing on the wall, with almost all now offering Android Auto and Apple Carplay. These allow users to mirror their phone onto their dashboard and take advantage of the best sat nav apps on the market – ones that are free to use, automatically updating and always online.

Can’t decide whether a dedicated sat nav device or smartphone app would best suit your needs? Head to our guide to how to buy the best sat nav.