There’s no denying that cordless products are handy, but their lithium-ion batteries are made from scarce materials and are hard to recycle. Are we storing up the next environmental disaster?

What do your mobile phone, electric car, cordless vacuum, laptop, digital camera and tablet all have in common? They are all powered by lithium-ion (Li-ion) rechargeable batteries.

When we surveyed Which? members in May 2018, we found that each of their households contains an average of 11 Li-ion-powered devices, from phones and tablets to electric toothbrushes and mobility scooters.*

If all the households in the UK owned this number, that would be 295m Li-ion batteries in total.

Rechargeable products tend to be more convenient and easier to use than their corded counterparts, and their popularity is growing. In fact, Dyson is so confident that they’re ‘the future’, that it will soon stop designing any new corded vacuums (although it will still sell the current models).

But, despite their convenience, rechargeable products aren’t always better than corded alternatives. Lithium-ion batteries have a significant environmental impact, both in their manufacture and recycling. In some cases, they’re sealed into appliances, which means that when the battery fails the entire thing is defunct.

Read on to find out more about their environmental impact and what you should do about yours. 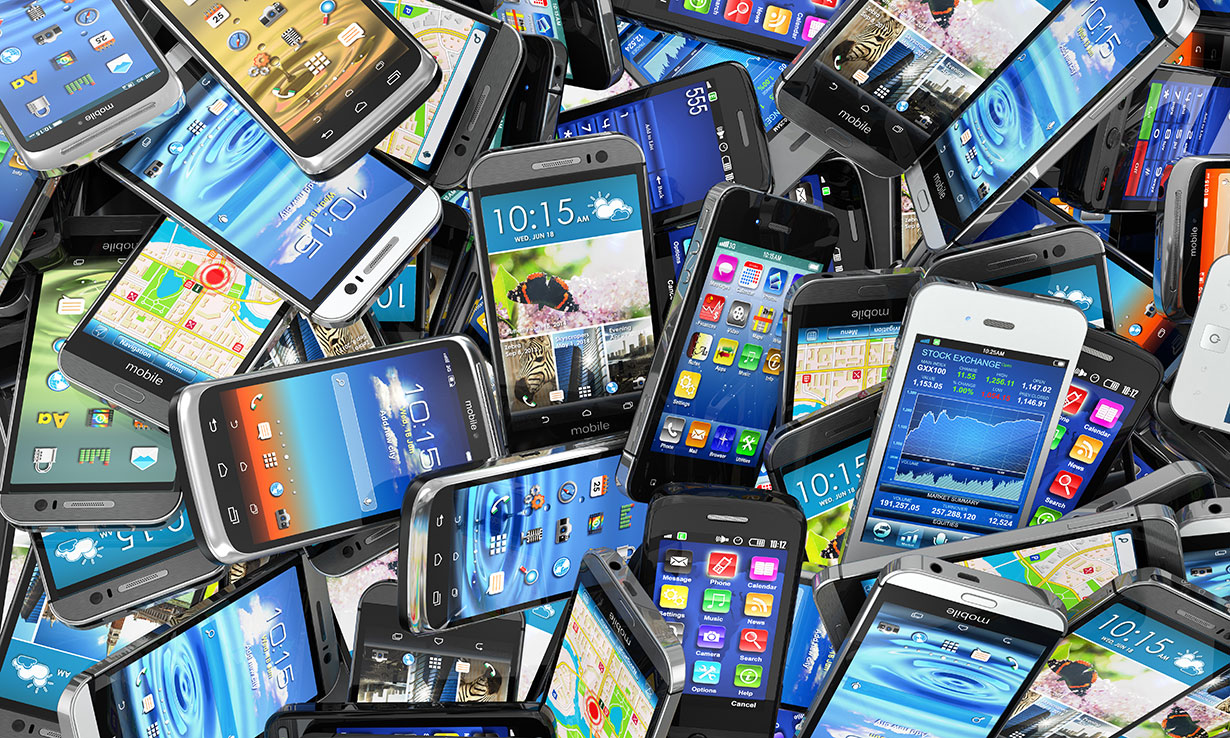 How many lithium-ion batteries do you own?

Unsurprisingly, mobile phones are the most commonly owned Li-ion-powered devices. Some 84% of you own a mobile phone, and three quarters (74%) have more than one in their household.

More than half of those we spoke to said they had upgraded their phone in the past two years. The vast majority (86%) said they had bought a new one when the old one was still working.

Related: Find the best mobile phone for you.

Laptops and digital cameras are the next most popular products, each owned by 65%, while two thirds (62%) of people in our survey have a tablet.

See how your device ownership matches up to Which? members in the graphic below. 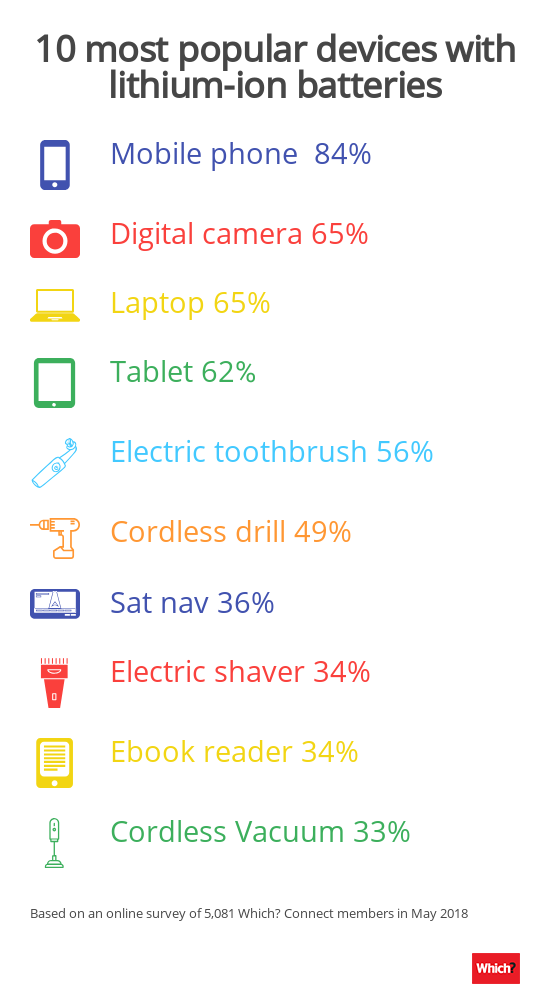 Just 6% own one, but electric cars are the most likely product to be replaced while they’re still working.

Li-ion batteries and the environment

Li-ion batteries are the force behind powerful cordless products. They’re lightweight for the amount of power they contain, so they’re superior to the lead-acid and nickel-cadmium batteries that predated them.

The UK is the second-biggest market in Europe for Li-ion batteries, after Germany. Together, they make up 20-25% of batteries in Europe, by weight.

But currently the UK has neither the raw materials to manufacture them, nor the facilities to recycle them. 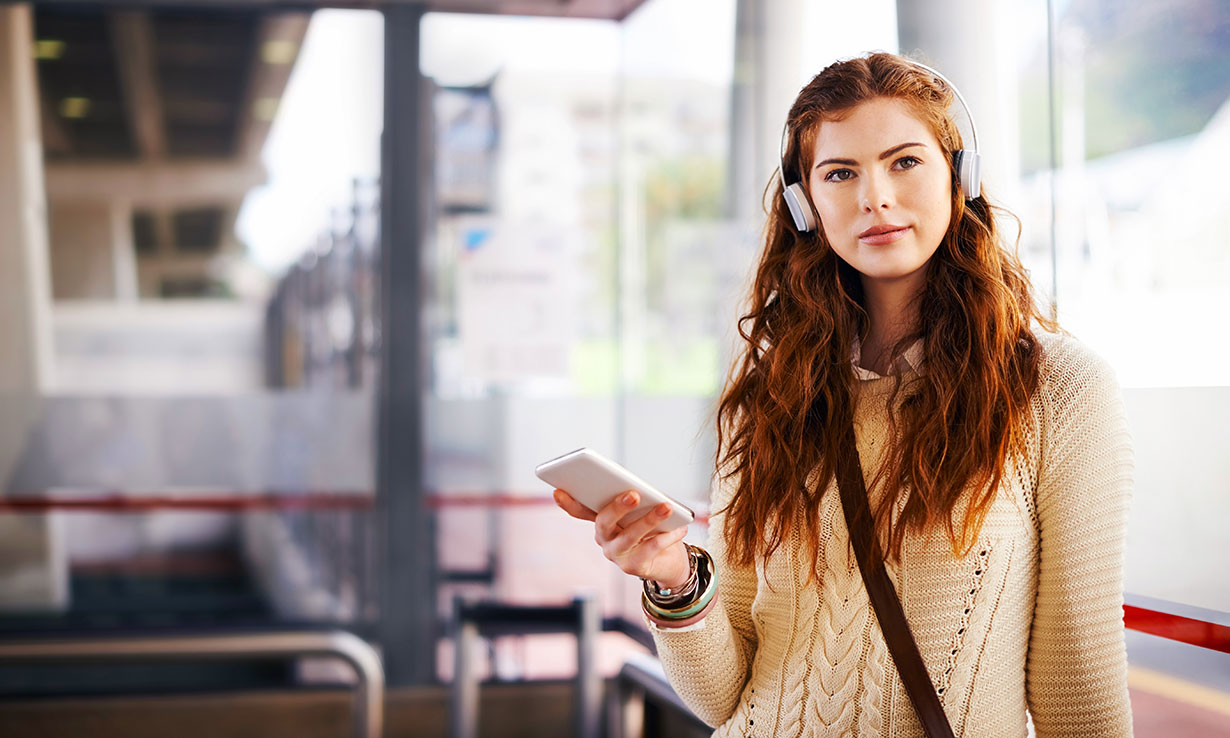 It’s not just in their disposal that Li-ion batteries create an environmental risk. There are few lithium mines in the world, and its extraction is linked to water pollution, water shortages and soil damage. The toxic chemicals used in processing it are harmful when released.

Cobalt is also vital for Li-ion batteries, and is produced in large quantities by only a handful of mines. Two thirds of it comes from the Democratic Republic of the Congo, where mines often rely on subsistence workers, including child labourers, according to Amnesty International.

Recycling old Li-ion batteries creates less demand for raw materials and prevents them from ending up in landfill sites. 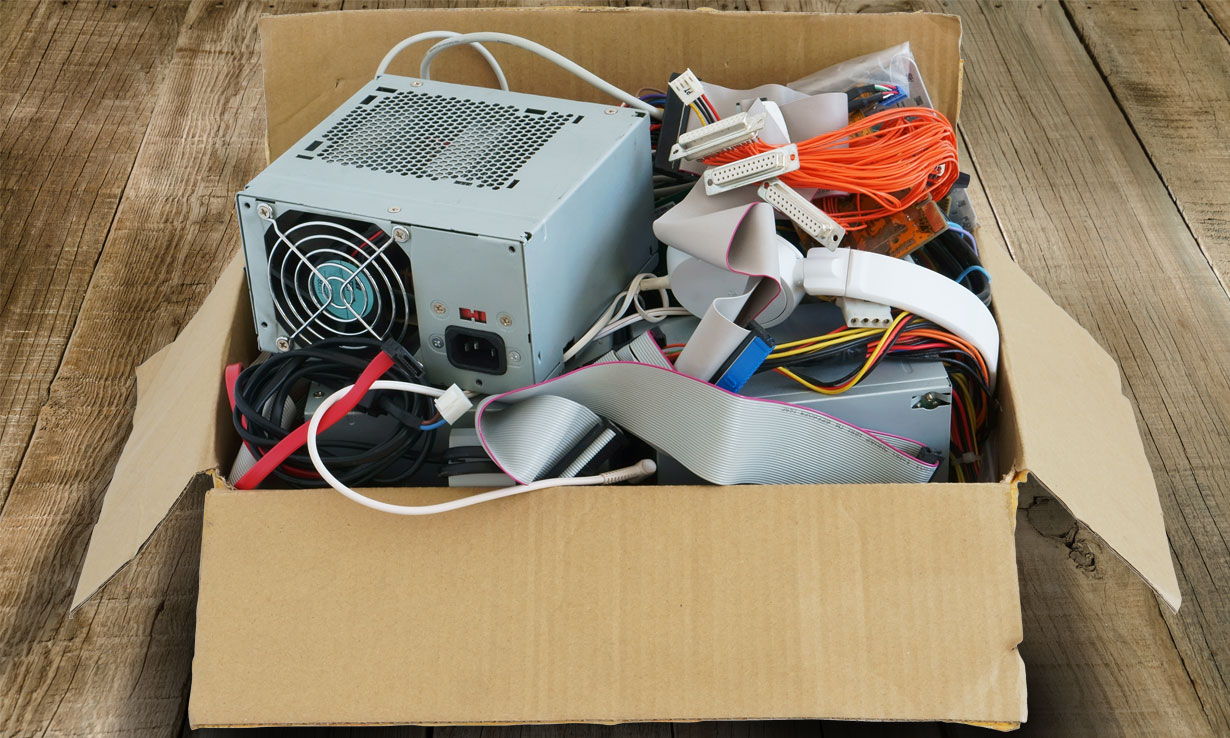 What should I do with old Li-ion batteries?

Nearly half (48%) of Li-ion devices are kept even when the owner has bought a replacement model, our survey revealed.*

Hoarding these batteries prevents them from being reused or recycled. More worryingly, 10% of members told us that they put old devices in the bin – which risks them going to landfill, where they can be a fire risk and leach harmful chemicals into the ground and water systems.

One of the ‘biggest challenges’ for recycling is collecting batteries in the first place, says Dr Gavin Harper, of the University of Birmingham’s Centre for Strategic Elements & Critical Materials.

Find out what you should do with your old lithium-ion batteries below:

Some 38% to 60% of a Li-ion battery (mostly its metal components) is recovered by current recycling processes, according to collection and recycling specialist G&P Batteries. In contrast, up to 95% of a traditional lead-acid battery can be recycled.

But there are no recycling facilities in the UK for Li-ion batteries and no specific recycling targets either. The Environment Agency told us it doesn’t have figures showing how many of the UK’s Li-ion batteries are recycled, as they’re exported for recycling. 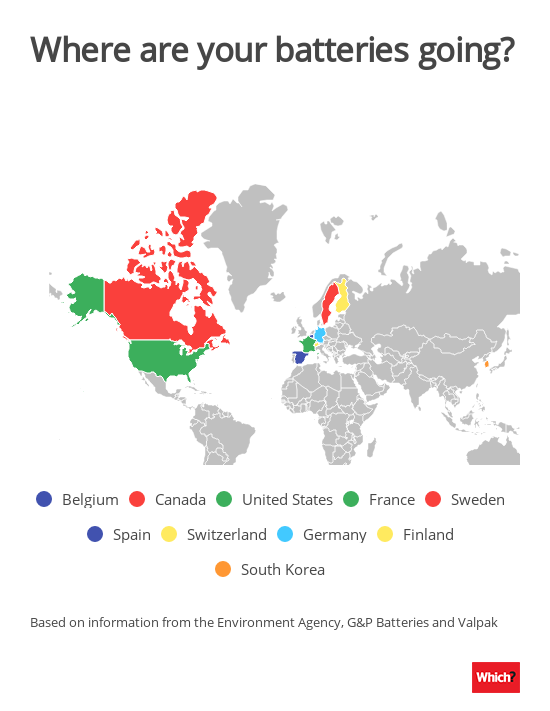 Our research found that they mostly go to Europe, including Belgium, Finland, France, Germany, Spain, Sweden and Switzerland. Some travel as far as the US or South Korea.

With a growing appetite for cordless products, there’s huge potential for the reuse and recycling of the lithium-ion batteries they contain. Recycling creates a secondary market for raw materials, reduces the need to import them and diverts batteries from landfill.

The UK government set up the Faraday Battery Challenge in 2017, with £246m to develop new technologies including ‘increasing recyclability’ and looking into re-using Li-ion electric vehicle batteries.

Now Birmingham University is leading a project to improve efficiency of recycling and reuse. It aims to develop technology to ‘remove a whole battery from an electric vehicle and reprocess it’.

Find out more about electric cars. 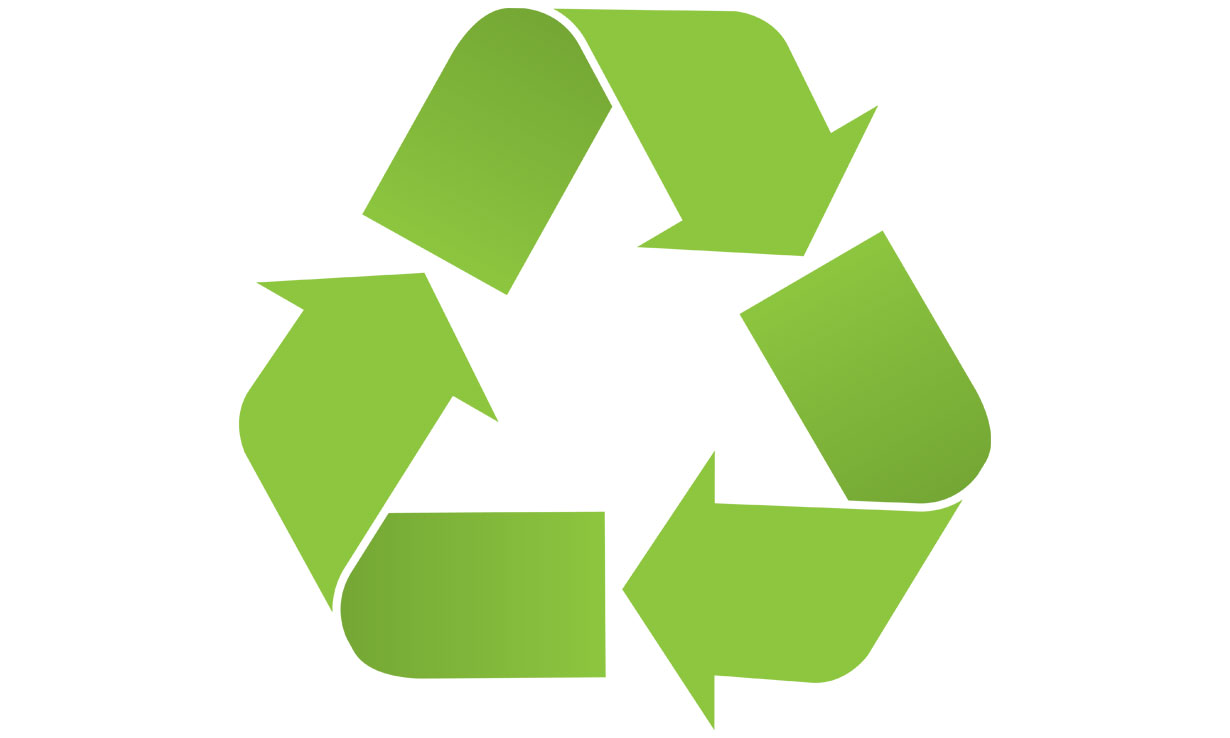 *To find out how many lithium-ion batteries we have at home, and where the old ones end up, we surveyed 5,081 Which? members online in May 2018.