We’ve just tested 10 cooker hoods from big brands, such as AEG, Bosch, Neff and Samsung, to find out which are the best.

Three of them aced our tests, with scores good enough to earn a Best Buy rating; the bottom scorer earned a fairly measly 57%.

Prices of cooker hoods vary – you can pay less than £50 for the simplest kind of visor hood, or well into the thousands for a statement island hood or a slick downdraft extractor.

But are the more expensive models worth the spend? As with many of our tests, we’ve found that when it comes to cooker hoods, a high price isn’t always indicative of a good performance. To find out how each model fared, head to our cooker hood reviews.

Do I really need a cooker hood?

A great cooker hood will banish unwanted steam, smells and airborne grease from your kitchen, quickly and quietly. The best will be easy to use and a doddle to clean.

If you like a regular fry-up and you don’t have a cooker hood, then airborne grease will settle on your kitchen surfaces, leaving you with more cleaning to contend with.

And if your kitchen isn’t well ventilated, then steam and cooking smells can quickly build up, leaving a less-than-pleasant cooking environment.

So, while a cooker hood isn’t crucial for all kitchens, most people find that having one is worth the investment.

To find out which cooker hoods come with the Which? seal of approval, check out our Best Buy cooker hoods.

What type of cooker hood?

Once you’ve decided to buy a cooker hood, you’ll need to choose which type you want. Some will be a focal point in your kitchen, while others are designed to inconspicuously blend in with your kitchen units.

Read on for an explanation of the main types to decide which will suit you best: 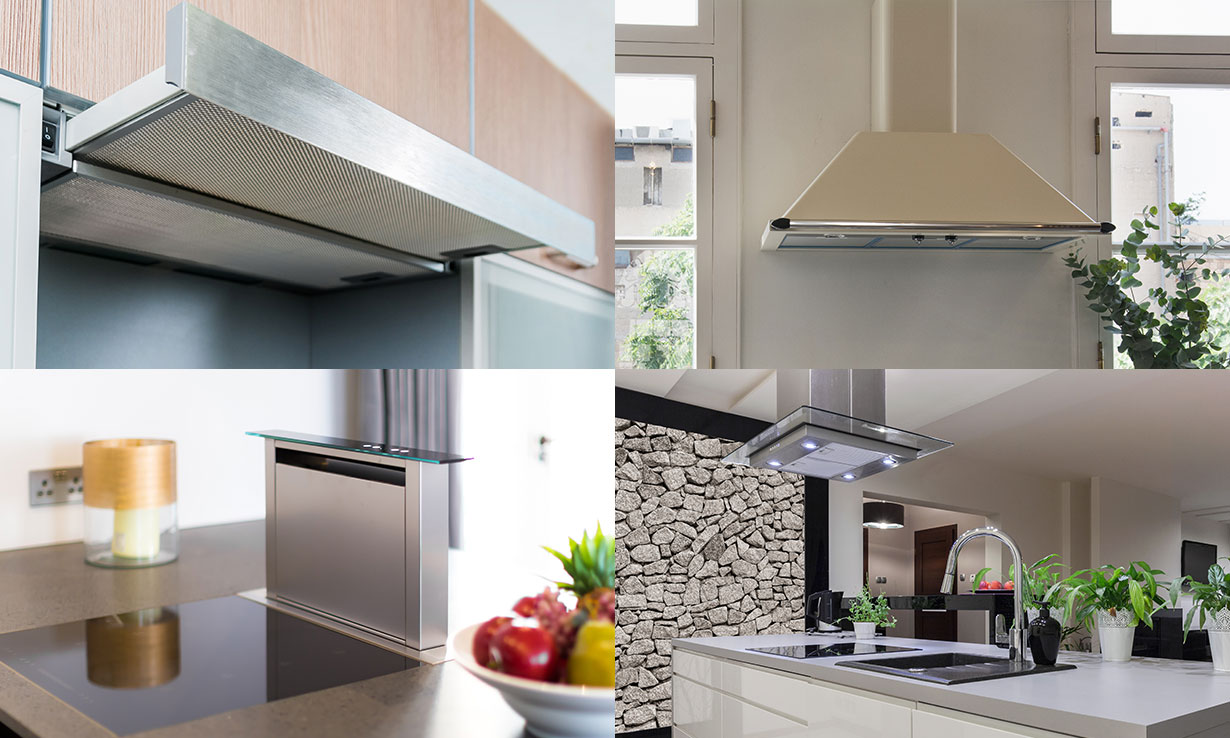 Other types of hood include simple visor hoods that stick out horizontally from the wall and integrated hoods, which are tucked inside a kitchen unit and start working when you open it up.

How we test cooker hoods

The cooker hoods at the Which? test lab undergo tough tests, to separate the effective extractors from ones that will leave your kitchen humid and smelly for longer.

We put four pans of water on to boil, wait until our test chamber reaches 90% humidity, then record how long it takes each hood to reduce humidity to a more comfortable 60%. The worst take twice as long as the best.

We drip pungent methyl ethyl ketone (which smells like nail polish remover) into a hot pan, then record how effectively each hood removes the pong using a flame ionisation detector.

Finally, we drip oil and water onto a hot pan for 30 minutes, creating a greasy atmosphere. We record just how much of this airborne grease the filters in the hood are able to capture. A great cooker hood will collect most of it, but a poor one will leave grease settling on your kitchen surfaces.

Other tests include measuring how much noise each model makes – some are intrusively noisy if you’re trying to listen to the radio or have a chat, while others are barely louder than a refrigerator. We also test how straightforward the hood is to install, and how easy it is to use and keep clean.

For more information on our in-depth testing, head to how we test cooker hoods.

Cooker hoods in our latest tests

These models have just been tested by the Which? test lab.