A series of 29 coins released to mark the 2012 Olympic Games have become sought-after collectors items – but which design is worth the most?

Coin enthusiasts have shown themselves willing to pay a premium for the rarest and most beloved Olympic 50ps, with some selling for up to £10. The 29 coins, depicting sports that Team GB competed in, were first released into circulation in 2011.

We explain why some coins are worth more than their face value and how you can spot a rare design. 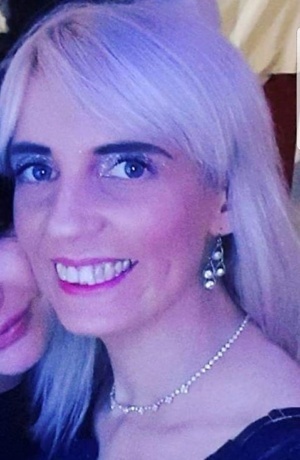 When the Olympic series was first announced, Katie Davis set herself a challenge – collect all 29 designs as quickly as possible. She managed it in just six months.

Coins first caught Katie’s eye when she opened a sandwich shop eight years ago, and began noticing the different designs on 50ps that passed through her hands.

She says: ‘I started putting different ones to one side and then swapping them when I got my wages.’

Her Olympic coins were collected mostly from the shop, plus from swaps with fellow coin collectors. Over time, Katie has shared her passion with others, including some of her regular customers, who have launched their own collections.

She now owns three full Olympic sets, plus the Beatrix Potter series and a much sought-after Kew Gardens 50p.

While Katie loves expanding her treasure trove, she warns aspiring collectors to stick to one of each design: ‘I made the mistake of having multiples of different coins and I can’t bear to let them go back into circulation, which makes it a very expensive hobby!’

Which Olympic 50ps have the lowest mintage?

The ‘mintage’ of a coin refers to the number that were created and released into circulated by the Royal Mail – and the lower the mintage, the rarer the coin tends to be.

Of the Olympic 50p series, the Football design had the smallest release, with just 1.125m coins in circulation. The Wrestling, Judo and Triathlon coins were also minted in small numbers, with less than 1.17m of each of them available.

You can see the full mintage figures below.

How much are rare 50ps worth?

For the most sought-after designs, collectors may be willing to pay well-above the coin’s face value to add it to their collection.

The Football 50p coin has the lowest mintage, but also depicts one of the UK’s best loved sports, with a clever explanation of the offside rule. It’s little surprise then that this coin is one of the most in demand.

We found several recent examples that sold for more than £10 with at least three bids on eBay, even in a circulated condition.

The Judo coin also attracts high interest, with its low mintage making it a rare find.

One recent example sold for £7.50 after 20 bids on eBay, while others have achieved over £5.

For coins outside of the top four – Football, Judo, Wrestling and Triathlon – sales prices quickly plummet.

The next coin with the lowest mintage, the Tennis 50p, appears to fetch closer to £2.00 and values drop further for more common coins.

While the Royal Mint produces billions of coins in perfect condition, errors do happen – and these error coins can fetch a premium.

From the Olympics collection, one of the best-known examples is the Aquatics 50p, which was modified after release.

The original design, which had waves obscuring the swimmer’s face, was withdrawn from circulation but an unknown quantity remain in the market, according to coins site Change Checker.

eBay has listed one of these coins as sold for £8.99 recently.

Ahead of the 2016 Olympics in Rio, the Royal Mint issued a special 50p to celebrate Team GB.

Around 6.4m were released into circulation, making it much more common than any of the Olympic series coins.

But if you’re seeking to complete your Olympic collection, you may wish to hunt down one of these.

Rarest coin of all time?

Arguably the rarest coins of the Olympic series – and possibly of all time – are the gold editions of each Olympic 50p.

But don’t bother checking your change for these.

Just one of each design was minted to present to its designers, so it’s extremely unlikely you’d come across one in circulation.