OLED and QLED TVs are synonymous with two things: quality and price. The latter is plain to see. Walk into your local Currys or browse the John Lewis website and you won’t see any that don’t have a pound sign followed by four figures, with precious few available for less than £2,000. That’s all changing.

LG has released its cheapest OLED ever – the 55-inch LG OLED55B8PLA is up for grabs for £1,499. And don’t get us wrong, that’s still going to leave hefty dent in your bank account. But considering the OLED55C8PLA, the TV above it, launched at £2,500 and its predecessor, the B7V, took eight months to get to this price, it starts to look like a better deal.

That’s one half of what these top-tier TVs are known for, but what about the other side of the coin? Are OLED and QLED TVs as good as the manufacturers would have you believe – and if the answer’s yes, has the drop in price led to a drop in quality? 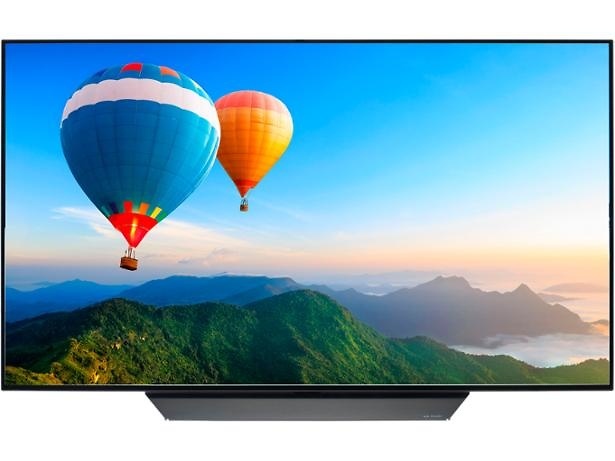 As the biggest proponent of OLED displays, LG has the largest range. It’s split into five series, with the B8 sets at the bottom and the paper-thin W8 TVs, which can peel onto a surface like wallpaper, at the top.

Despite the 65-inch W8 OLED costing – brace yourself – £6,000, there isn’t a world of difference between it and the B8. OLED displays do the same thing regardless of how much you pay; there isn’t a better version of OLED, so the B8 screen is still packed with minuscule bulbs that can switch themselves off for unparalleled contrast control. Most TVs are classified as LCD, which means they need a backlight, and this is the key difference between OLED and LCD TVs.

The two TVs support the same HDR formats, too. HDR10 and HLG are the most common. The former is the current industry standard and almost all HDR content works with it, while the latter will be used to broadcast HDR. The other two, Dolby Vision and Technicolor, are less widely used but won’t be in the years to come. Dolby Vision improves on HDR10 by adjusting contrast on a scene-by-scene basis. HDR10’s contrast is fixed and can’t react to the changing light in scenes, which can lead to scenes looking too dark or bright causing detail to become obscured. Technicolor acts as an upscaler to turn non-HDR content into HDR. It can even convert one HDR format into another to make it compatible with more TVs. 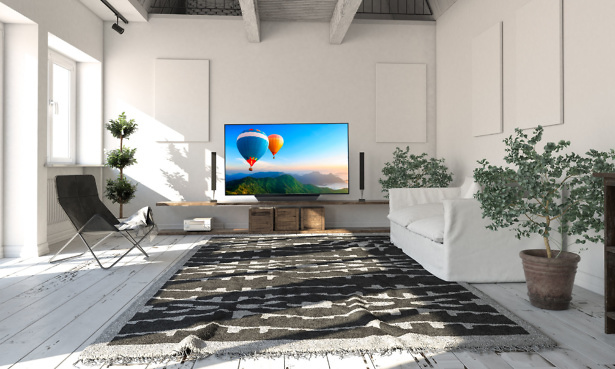 That’s a lot of HDR chat, and you can read more in our guide to HDR if this has piqued your interest, but it’s good to know about the advanced features you’re paying for.

The B8 doesn’t have the latest picture processor, which is one of the key differences between it and other LG OLEDs. It uses the Alpha 7, while pricier OLEDs use the Alpha 9. These processors are responsible for a lot of the things we associate with good picture quality. How sharp the picture is, how much detail you see, and the vibrancy of colours are just a handful of the things a processor is responsible for. It’s not the only factor, but it is important.

Just how much difference will that processor make, and how does the sound quality compare with other expensive TVs? Read our full LG OLED55B8PLA review to see if the cheapest OLED TV is one of the best. 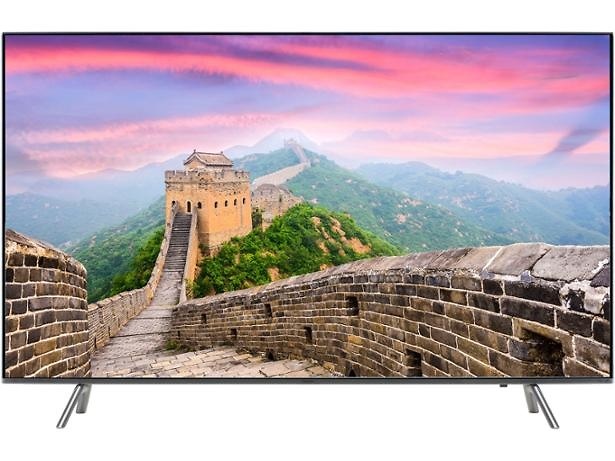 QLED is not just Samsung’s name for OLED TVs – it has more in common with LCD displays. The difference between QLED and LCD is what the backlight illuminates. On an LCD TV it lights liquid crystals, but QLEDs have a layer on quantum dots instead, which are supposed to create vibrant, vivid colours. Backlit screens also tend to have a higher maximum brightness than OLEDs but less control over what parts of the screen are lit, which can can lead to bright colours bleeding into darker ones.

As with the B8 OLED, the Q6FN TVs are at the bottom of the QLED line-up, but simply being part of the quantum dot family means the TV gets some compelling features. The Q Picture Engine is similar to the Alpha 7 processor in the B8 OLED in that it’s responsible for the clarity and vibrancy of the picture, but the Q6FN also has some more noticeable features that go beyond chips and processors. 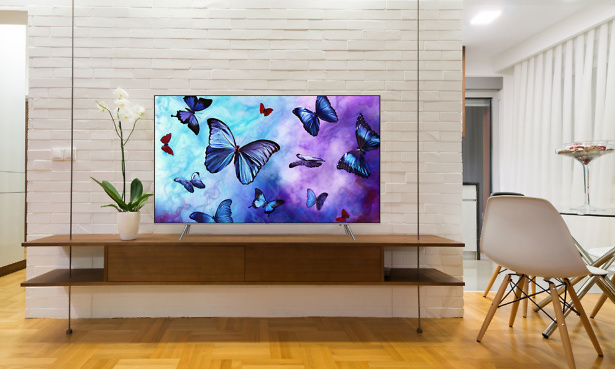 Samsung has a superb solution for keeping the wires connected to the TV from sound bars, Blu-ray players and other devices neat and tidy. They aren’t connected to the TV; instead, the HDMI and USB ports live in a separate box that’s attached to the TV by a thin, barely-visible wire. This ingenious idea is unique to OLED TVs.

Ambient is arguably even more impressive and shows how much care Samsung has taken to help its TVs look beautiful and sleek. It allows the screen to mimic the wall behind it. Whether you’ve got brickwork, wood paneling, paint or wallpaper, the screen can display and seamlessly continue the pattern. If you’d rather not have a continuation of your decor, then you can have the screen display famous works of art, family photos or news headlines when you aren’t using it to watch TV.

Does all this attention to how the TV looks in your home mean Samsung has neglected the picture and sound quality? Head to our in-depth reviews of the Samsung QE49Q6FN and QE55Q6FN to see if they are Best Buys through and through.