Are all Ultrabooks created equal? The latest laptops from HP and Acer might look similar, but with a price difference of £200 and a whole host of similar rivals, is it a mug’s game to pay more?

The latest Which? lab tests have put thin and light laptops through their paces, with the latest models from Acer and HP in particular under the microscope. We’ve taken a look at the HP Envy 13-ah and the Acer Swift 3 SF314 to see which of these portable models you should be adding to your shortlist.

Pick your perfect laptop in three steps with our laptop finder tool. 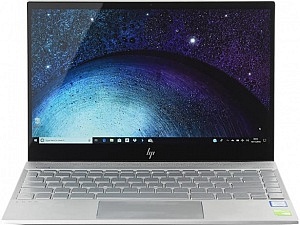 If you use the Which? Compare tool, you’ll notice that these two models have near-identical specifications. Both come equipped with 1.6GHz Intel Core i5 processors, 8GB of Ram and 256GB of storage, and weigh in at roughly 1.3kg, ticking all the boxes needed for them to be classed as Ultrabooks. In theory, then, these should be very similar laptops, despite their vastly different prices.

Both laptops should be capable of lightning-quick performance in office tasks and editing photos, for example, and you’d expect sharp screens thanks to their Full HD resolutions. 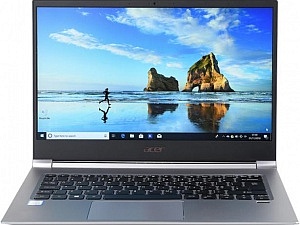 So, what’s the difference? Part of this will be down to these two laptops using different graphics chips, with the HP using an Nvidia MX150 that should, theoretically, allow for some light gaming sessions. Beyond that, our reviews reveal how these laptops compare in things you can’t see on the spec sheet.

Are cheap Ultrabooks any good?

As with many buying choices, once you spend over a certain amount, you’ll start to see diminishing returns. We’ve found that the number of Best Buys awarded to laptops starts to even out once you spend more than £800, with the best-performing models eking out a few percentage points here and there.

To dig deeper into Ultrabook performance, we’ve taken a snapshot of five Ultrabooks from our recent tests. All these laptops have the same basic specifications: they’re 13 or 14-inch Windows 10 laptops with quad-core Intel Core i5 processors, 8GB of Ram and at least 128GB of storage. We’ve included pricing to the nearest £100 and picked five of the several dozen star ratings that are taken into account when awarding a product an overall percentage score. 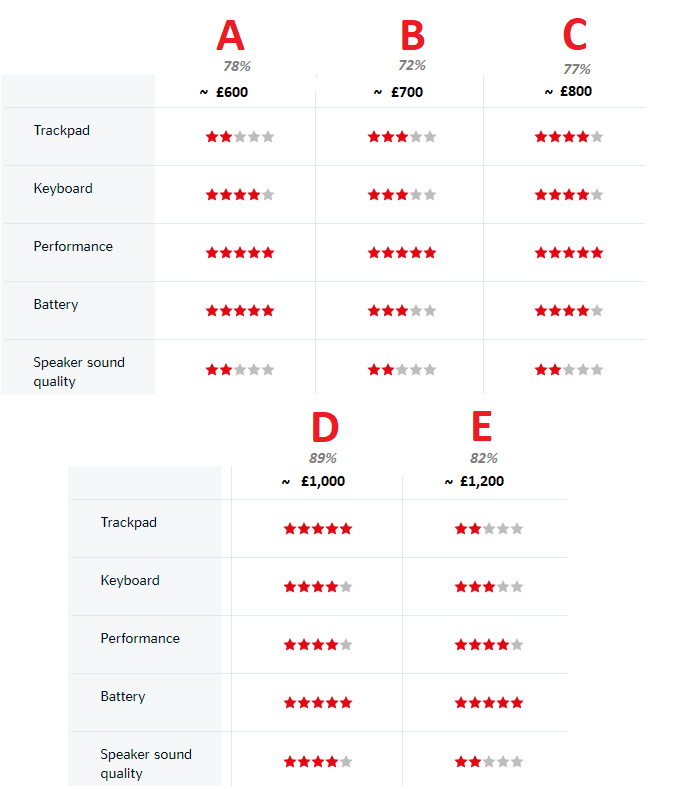 What you can see from the table is that spending more doesn’t necessarily get you a higher-scoring product.

In the battery test, an important consideration for anyone buying a new laptop, all the compared laptops bar B would easily last a full working day. But laptop A was able to outlast this, despite being cheaper.

Performance is another clincher – and, surprisingly, it’s the three cheaper models that came out on top, each of which scored full marks. The two most expensive laptops still scored four stars, but it would be fair to expect better performance if you’re paying more. 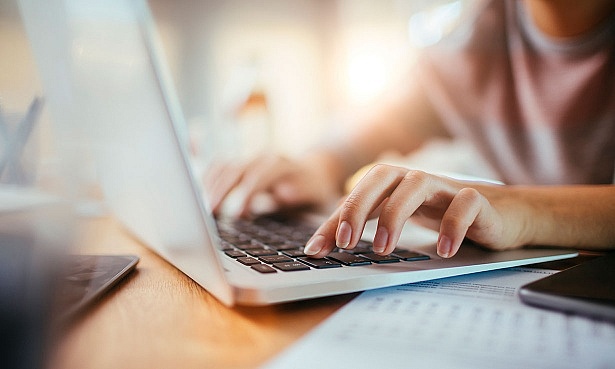 Trackpads, keyboards and speakers – still important for the perfect laptop

Smaller but still important considerations include trackpads. Here, four of the five didn’t impress in the labs, being usable without excelling.  Laptop D managed five stars thanks to a smooth surface and ultra-responsive feel.

Finally, when it came to the built-in speakers, all but one of our models performed poorly apart from laptop D, which performed substantially better than our five compared models thanks to its clear dialogue and rich bass tones. Very few laptops manage what this model achieved, and yet it’s far from the most expensive model we’ve tested this year.

All of this goes to show that doing your research before you buy is vital to help ensure you’re getting a laptop that delivers – and hopefully saving some money as well.

Browse all our Ultrabook reviews to find your perfect model.