Update for July 2019: the pollen count is set to be very high due to recent weather, so it’s worth stocking up on hay fever medicines now.

Choosing the right remedy can be confusing, and – if you suffer from hay fever throughout the spring / summer season – expensive. But there’s no need to splash out on pricey branded medicines.

We found generic antihistamines that are many times cheaper than branded ones. And if you buy from a supermarket or discount store instead of your pharmacy, you can save even more.

Pharmacist Michael Line says the best treatment depends on the severity of your symptoms.

The first port of call should be a once-daily oral tablet. The active ingredient will either be loratadine or cetirizine – these shouldn’t cause too much drowsiness.

How to save money on hay fever medicines

Look for a supermarket own-brand version or generic brand (found in discount stores). These are usually even cheaper than pharmacy own-brand versions. The active ingredient – loratadine or cetirizine – will be stated on the box. 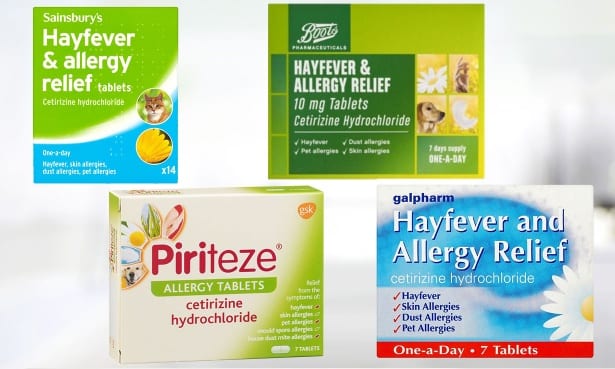 When we checked prices, using Mysupermarket data, we found that prices of cetirizine and loratidine tablets varied wildly, from as little as 4p for generic versions, to 43p for the branded option.

Piriteze is one of the most popular branded tablets containing cetirizine. It costs 33p-43p a tablet depending on the pack size. A pack of generic cetirizine is just 4p a tablet at Poundstretcher. At Sainsbury’s it’s 14p a tablet, and Boots own-brand version is 29p a tablet (all 14-tablet packs).

The PAGB – which represents the manufacturers of branded OTC medicines – said:

“Manufacturers invest heavily in years of research and new product development, often being the first to bring new medicines to market. While 20 years may be the standard length of patent for prescription medicines, this is not the case with OTC products. It is exceedingly rare for new OTC medicines to have any form of protection on entry to the market. Other companies are then free to make their own versions, and as they don’t bear the original development costs they can sell it at a lower price.”

Cheapest supermarkets revealed – save money on your grocery shop

Hayfever relief: should you use nasal spray? 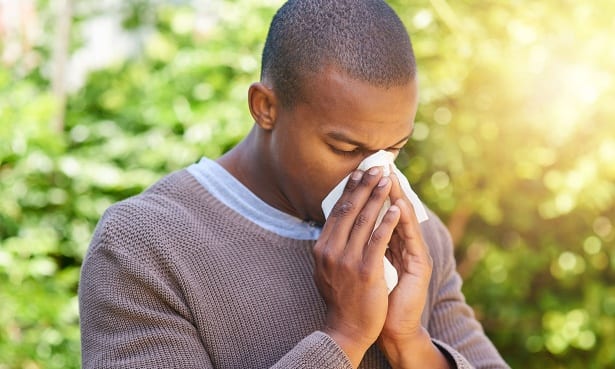 If oral tablets on their own aren’t working, you can try a steroid nasal spray, such as Pirinase, Beconase, or Boots allergy barrier nasal spray – which you can get from the pharmacy or on prescription. These can also help to relieve watery and itchy eyes.

As with tablets, you can save money by going for an unbranded nasal spray, but the ingredients in different types are less directly comparable.

If your eyes are still feeling itchy and bothersome after trying oral tablets and a nasal spray, you can also try using antihistamine eye drops. Again, look out for own-brand or generic versions to save money. 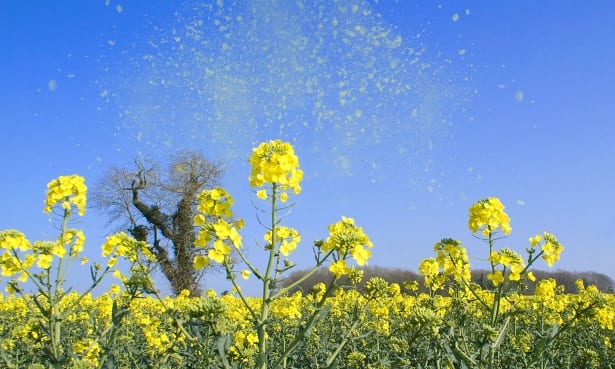 It can take a while to find the right antihistamine for you, because some might be more effective for some people than others. Allergy UK also recommends that for treatments to be most effective, they should be taken regularly and not just occasionally on the worst days.

You can also try limiting your exposure to pollen. The NHS recommends the following measures:

See your GP if you have daily symptoms that resist treatment. You might need a prescription corticosteroid tablet and/or nasal spray to be taken together. There are also options for specific allergen immunotherapy for those with very severe hay fever.