Jaguar Land Rover is recalling more than 44,000 cars, made between 2016 and 2019, because they are producing excessive carbon dioxide (CO2) emissions.

Jaguar Land Rover (JLR) is recalling 10 different models of car with either a 2.0-litre diesel or 2.0-litre petrol engine. This is after routine testing found these cars ‘do not consistently achieve the certified levels’ of CO2.

Owners of these cars will soon be contacted and asked to bring their car into a JLR authorised repairer to receive repairs and software updates.

The recall is not yet on the DVSA database, but will be added.

See how Jaguar cars, including the new all-electric I-Pace, get on in our independent car reviews.

Which Jaguar Land Rover cars are being recalled?

Ten models are being recalled. Here is the full list: 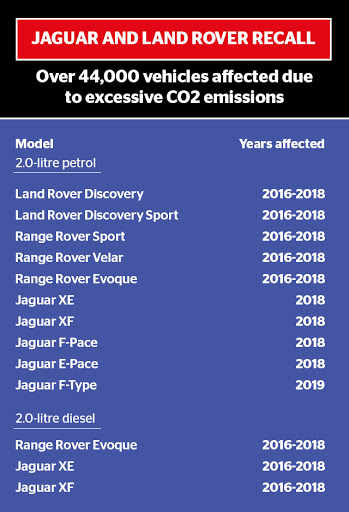 What should affected owners do?

If you own an affected car, you should be contacted shortly. You will be asked to go to an authorised garage/dealership so the repairs and software update can be carried out. The fix will be free.

If you’re worried about the recall, you could also try contacting Jaguar Land Rover customer services on:

Make sure you have your car’s VIN to hand.

What is a VIN?

A VIN is a unique 17 digit vehicle identification number (VIN), given to each car.

You can usually find your car’s VIN by standing outside of the car, and looking at where the windscreen meets the dashboard on the driver’s side. It may also be on the inside of the driver’s door.

If you can’t find it in the car, try your insurance policy or your vehicle registration document.

How will my car be affected?

We asked Jaguar Land Rover if owners would experience a difference in performance. JLR responded by saying owners may experience minor changes to the ‘overall vehicle experience’.

Updated 15 March to include additional information about the new tyres:

Jaguar Land Rover told us the tyre change will be necessary for 315 cars with specific 20-inch tyres that have a lower rolling resistance. The cars will be fitted with alternative 20-inch tyres. 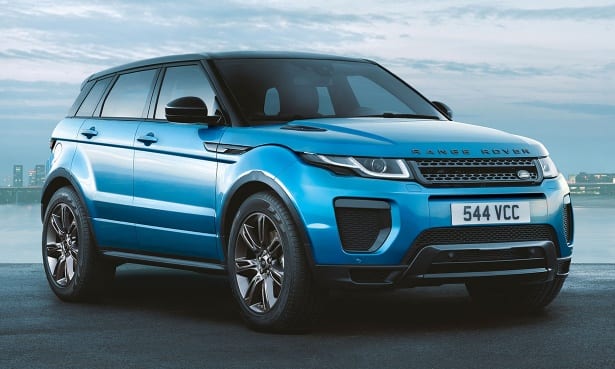 Why is CO2 important?

CO2 is a greenhouse gas, and is directly linked to fuel consumption.

One of the appeals of diesel cars is that diesel is a lower carbon fuel than petrol. Previously that meant lower car tax bills, or even being exempt from car tax entirely.

Today the amount of CO2 produced by a car only affects the car tax rate in its first year, then a standard rate kicks in.

Find out more in our car tax guide. 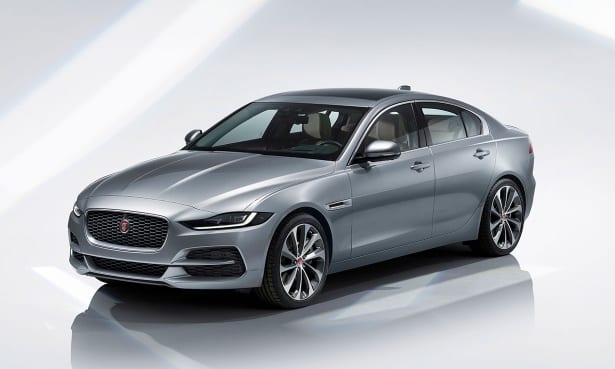 What does the DVSA say?

‘DVSA’s priority is to protect everyone from unsafe drivers and vehicles. This includes vehicles that are damaging our environment.

‘Where new vehicles sold for use on British roads don’t conform to emissions standards, DVSA will work with other government agencies and manufacturers to ensure the vehicles are fixed as quickly as possible.’

What are the CO2 regulations and penalties?

While there is technically no limit to how much CO2 a single car can emit, car manufacturers need to adhere to EU CO2 limits. Across a manufacturer’s entire fleet of cars, the average CO2 figure must equal 130g/km or less.

As it’s the average that matters, manufacturers are allowed to produce cars that produce CO2 in excess of 130g/km, as long as they have another vehicle with low CO2 levels to balance it out.

From 2019, if the limit is exceeded by a manufacturer, it will have to pay €95 for every single g/km of excessive CO2, for every car registered.

We reveal the most polluting cars, according to our tough tests.