At least £41,000 on average was lost each day in the past year to Bitcoin scams, according to new figures.

Which? is renewing its warnings about the dangers of dodgy so-called cryptocurrency investment firms that use fake celebrity endorsements to lure victims.

Bitcoin is a cryptocurrency which exists only online and doesn’t have a central bank or country of origin, so can be traded anonymously.

Read more: how to avoid a cryptocurrency scam 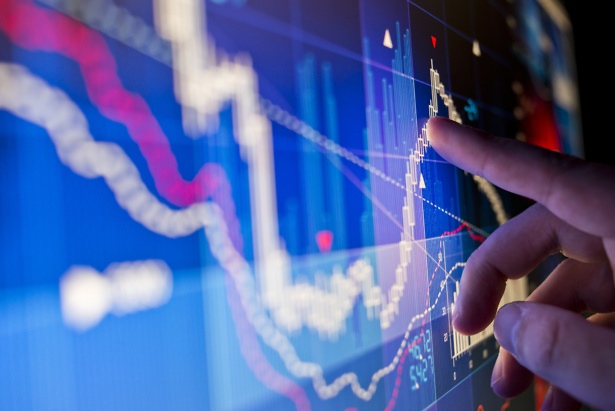 After Bitcoin’s value surged at the end of 2017, many people fell victim to cryptocurrency scams, including bogus cryptocurrency investments and fraud involving payment in Bitcoin.

Some people found themselves the victims of a double scam after being tricked by bogus companies promising to get their money back, for a fee – only to realise they had been conned once again.

One woman has shared her story with Which? to warn others about the dangers of fraudulent cryptocurrency investments.

Mrs Butt, 82, said it was purely out of curiosity that she phoned the company. 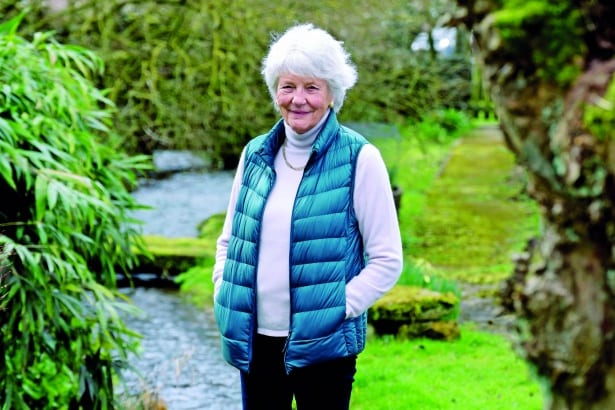 ‘The man I spoke to was extremely plausible. Over the course of two hours he explained to me how it all worked, how they made me money and what was in it for them.

‘He didn’t pressure me into investing but made it sound all so sensible – he even asked how I’d spend the money I’d make.

The man told her the minimum investment was £300 – and while that would have been a ‘serious annoyance’ to lose, Mrs Butt thought: ‘What’s the harm?’

After having second thoughts, the next day she called her bank, NatWest, and was told that as well as the £300 investment, another £8,500 had been drained from her account.

And because she’d apparently set up a trading account, they couldn’t refund her.

She later discovered a warning about Bitcoin Loophole on the Financial Conduct Authority’s (FCA) site stating the firm is unregulated or running a scam.

Mrs Butt fought for seven months to get her money back all the while being harassed almost daily by calls from Bitcoin Loophole.

‘It was seven months of hell. I had to pick up odd jobs just to survive – they took all my money. I couldn’t stop crying for months and I absolutely never cry.’

Unless Natwest could prove Mrs Butt had been grossly negligent, she was entitled to reimbursement.

Mrs Butt raised a formal complaint to Natwest and then to the Financial Ombudsman, which was about to review the complaint when Natwest changed its mind.

The bank has now fully reimbursed Mrs Butt all of the money she lost, and paid her £300 by way of compensation. 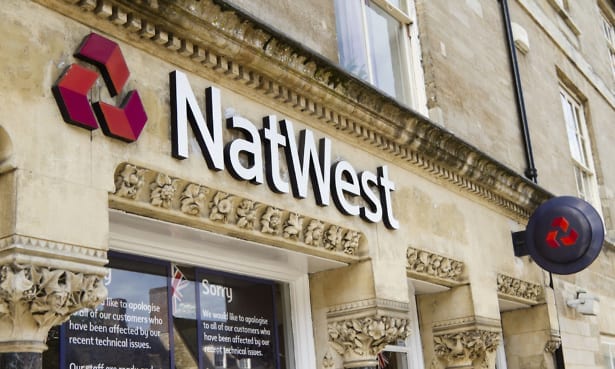 Read more: how to spot scams and how to get your money back

Which? Consumer Rights editor, Eleanor Snow, said: ‘We know that hundreds of innocent people have been conned into handing over large amounts of cash to online investment scammers who sometimes lure them in with fake celebrity endorsements. Unfortunately scams like this are on the rise.

‘It’s a good idea to treat online adverts from investment companies with extreme caution. Always check that the company is on the FCA’s register so that you can be sure it is genuine.’

In a promotional video an automated voice explains Bitcoin Loophole is financial trading software which could help users earn US$13,000 a day.

Bitcoin Loophole claims the technology is a fully-automated system that guarantees profits because it’s based on ‘highly accurate algorithms’.

However, despite its get-rich-quick claims, a disclaimer on the site says it’s not guaranteed to make you any profits.

Fake articles about the site say Bitcoin Loophole was featured on the popular TV show Dragon’s Den when its two young creators convinced Dragon Deborah Meadon to invest £250 on the show.

A fake quote from the star reads: ‘I’ve heard about Bitcoin and the massive amount of money you can make from it, but I’ve never bought any. I [had] no idea where to start.

‘This was really easy, I can just use my credit card to deposit money and it buys them for me.’

This quote is completely made up and Bitcoin Loophole has never appeared on Dragon’s Den.

Deborah Meaden has previously tweeted about these bogus endorsements. 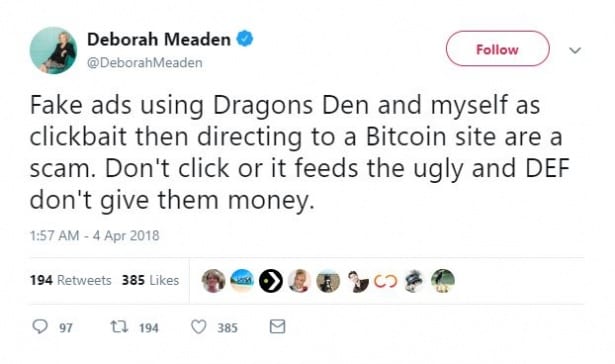 How to spot a Bitcoin scam

Bitcoin Loophole has all the hallmarks of a scam which can help act as warning signs.

It’s too good to be true

With supposed returns of up to US$13,000 a day, you could apparently become a millionaire in 76 days. Investment returns like this are unheard of, so the promise of extreme riches should be a warning sign.

Mrs Butt was on the phone with a so-called adviser for two hours before she handed over her banking details. Before you make a big investment, you should always let someone you trust know and take your time to research the firm and by checking the FCA register.

Contacted out of the blue

Mrs Butt wasn’t contacted out of the blue because she followed-up an ad on Facebook. But often cryptocurrency scammers will first make contact by either sending an email or with a cold-call.

A Which? member was recently sent this phishing email about a different cryptocurrency investment firm called Bitcoin Profit. 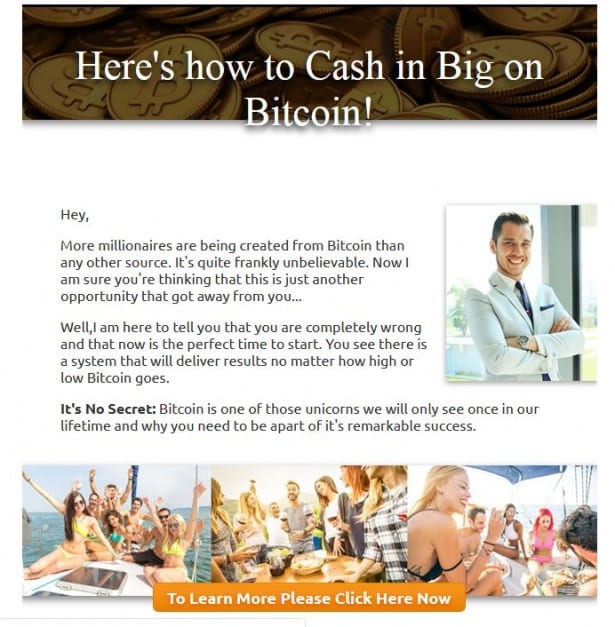 This scam offers returns of up to US$3,212 a month. It’s not registered with the FCA. We have reported it as a scam.

For other tell-tale signs, you can read our free guide on how to spot Bitcoin and cryptocurrency scams.