Letting agents across England are using potentially unfair terms and conditions – and may be breaching consumer law by demanding deposits before letting renters even see a contract – a Which? investigation has found.

We visited 20 letting agents across England, posing as prospective tenants and seeking to rent a property.

Our mystery shoppers asked to see a copy of the terms and conditions they would be signing up to, but one in four agents failed to provide a contract.

Five letting agents, including a branch of Connells, which has almost 200 branches nationwide, required a commitment or a holding deposit before the tenants could view a sample letting agreement. When we asked for a response, Connells told us that tenancy agreements should be freely available on request.

In some cases, the letting agent also requested a reference check to be paid for and completed before the tenant saw the terms of the contract.

At Which?, we are concerned many renters could be rushed into signing rental contracts they don’t fully understand and that contain potentially unfair clauses, as they may feel pressured to secure a property quickly – particularly in areas where demand is high.

Get started with our guide: Renting a home – the first steps

Our investigation revealed a number of concerning practices by a host of letting agents. In the table below, we’ve listed the potentially unfair, misleading and confusing terms or practices that our mystery shoppers were faced with: 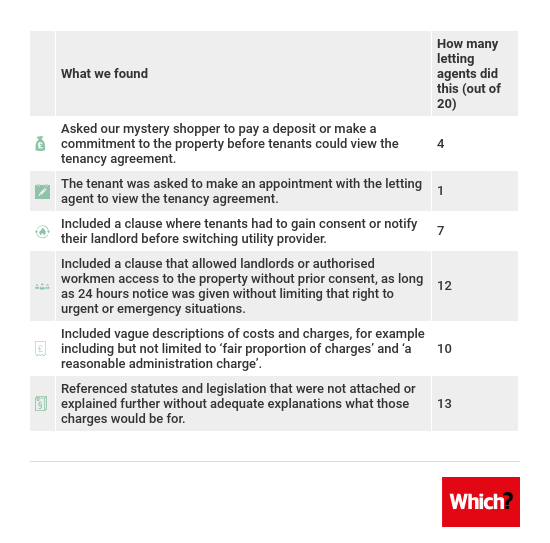 Letting agents asked for cash before handing over contracts

Letting agents have a duty by law to provide prospective tenants with the key information they need to make an informed decision about the letting. Which? believes demanding a financial commitment before tenants can view the terms and conditions could fall foul of consumer law by trapping tenants in contracts they haven’t had an opportunity to review.

Worryingly, three of the letting agents that required a commitment or deposit before tenants could see a contract are members of the Association of Residential Letting Agents (ARLA), a leading membership body for the letting agent sector.

One letting agent in Leeds requested that the tenant visit their office to read the tenancy agreement. While the agreement was accessible in this case, this practice could place undue pressure on the tenant to read their contract quickly, or deter them from reading it at all.

Are you a landlord? Read our guide to letting agents to ensure you choose a reputable firm. 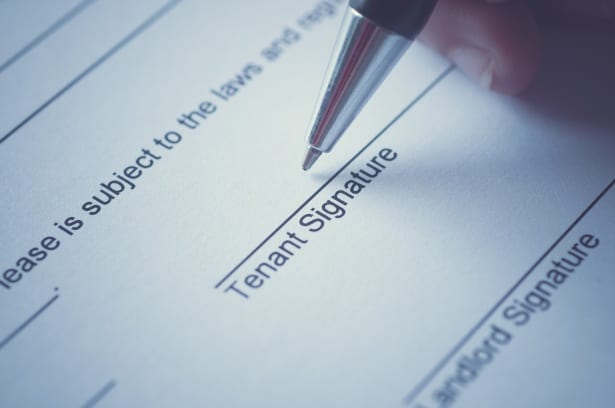 A report published last year by Which? revealed that nearly two thirds of tenants who used a letting agent during their search for accommodation experienced problems, such as having to make decisions without enough information.

In 13 tenancy agreements collated and inspected from other letting agents, Which? found evidence of potentially unfair terms and clauses that could be in breach of the Consumer Rights Act.

In seven of the contracts we analysed, tenants were required to seek permission or notify their letting agent or landlord before switching utility supplier, which may prohibit their right to choose for themselves and could mean they are stuck on rip-off tariffs.

Find out more: how to challenge unfair terms in your rental contract 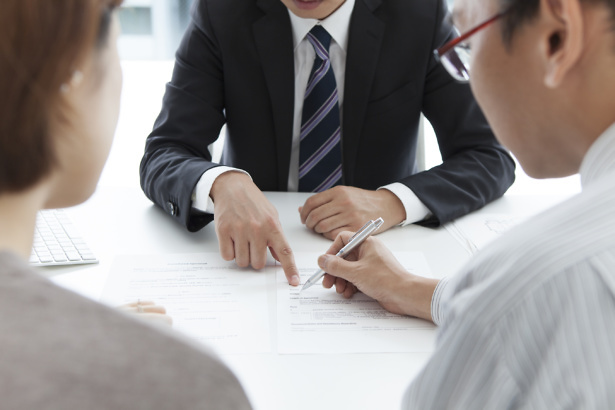 Which? also found evidence of unclear language that could confuse tenants in at least eight contracts. These included vague descriptions that tenants may be required to pay a ‘reasonable’ amount or ‘a fair proportion of’ additional charges.

But without adequate explanation of what those charges would be for or what constitutes a ‘reasonable’ or ‘fair’ proportion, tenants could risk being hit with extortionate fees during their tenancy.

All the contracts we reviewed referenced statutes and legislation that were not attached or explained further within the agreement, putting tenants – most of whom are unlikely to be experts in property law – at an unfair disadvantage. 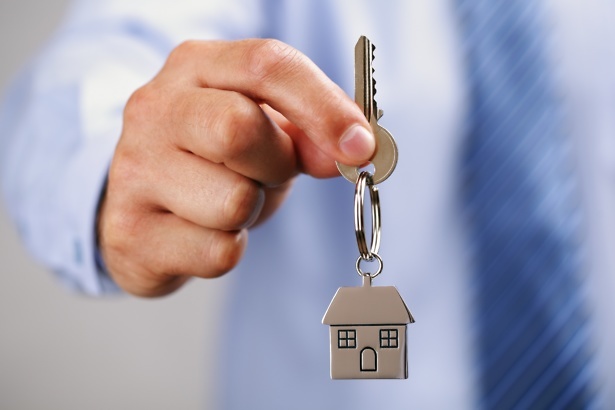 We are calling on the CMA to investigate

According to the latest results from the Which? Consumer Insight Tracker, just one in ten people trust estate and letting agents. Only car dealers are trusted less by the UK public.

Which? has heard complaints from tenants whose landlords entered their property without prior notice or who faced excessive charges for minor repair work.

The findings of this investigation suggest tenants can’t always trust letting agents to act in their best interests, and with some agencies apparently skirting the law, we are calling on the Competition and Markets Authority (CMA) to investigate further issues relating to tenancy terms and conditions and letting agent practices in the rental sector and to take action where needed.

Fed up? Get advice on how to complain about your letting agent 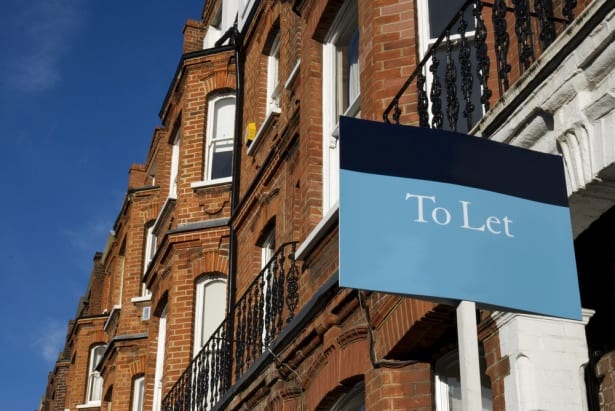 A letting agents’ code of practice

The government must also move forward with introducing a mandatory code of practice for letting agents that is legally enforceable and ensures all agents are held to an agreed set of professional standards.

‘It’s outrageous that some agents are demanding cash up front before tenants are even shown a contract – committing them to agreements before they know what they’re signing up to.

‘The results of this Which? investigation show how vital it is for the government to introduce a legally enforceable code of practice to ensure all letting agents act in a professional manner.

‘The CMA must also investigate the sector and take action where needed to tackle unfair practices and contract terms.’