Sony has had a remarkable run in our expert speaker lab tests. Our analysis reveals that it’s achieved the highest average score among top brands across the past three years. That’s no mean feat considering the number of models it’s released in that time.

This consistent record outpaces fierce rival JBL, owned by Samsung, which had matched Sony in our testing three years ago. JBL’s average score hasn’t kept pace with Sony overall though, with some superb JBL Best Buys being exceptions to the rule.

Sony’s record is even more impressive when you consider it releases speakers at a whole range of price points, from £20 up to £200 and more. Our tests treat every wireless speaker equally, regardless of price.

However, even with Sony we’ve found speaker models that don’t quite hit the mark, so it’s important to check our reviews to avoid an expensive mistake.

Want to skip straight to the good stuff? See our recommendations for the best speakers.

Which speaker brands scored the best?

Trendy portable speaker brand Ultimate Ears actually achieved our best overall average score for its speakers in any one year. But it hasn’t been consistent and has had some disappointing results, pulling down its average in the past year to date.

Sony’s worst-performing speakers over the past three years, which scored as low as a mediocre 58%, outperformed the most disappointing models from the other top brands in our analysis, helping to make them the most consistent brand. 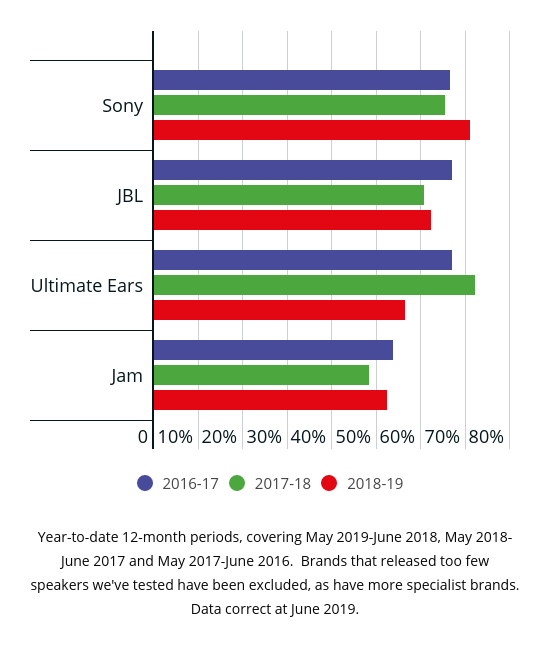 Jam speakers tend to cost around £50 or less, much cheaper than the other three rival brands, which partly accounts for its lower scores. However, the others have produced high-scorers or even Best Buys in this price range, suggesting it’s not all down to price.

We’ve only included brands that have released lots of wireless and Bluetooth speakers over the past three years in the above analysis. This has excluded popular premium brands Bose and Sonos, since they don’t actually release that many speakers each year. Bose only released one wireless speaker last year and Sonos none.

So what speakers does Sony offer?

Sony makes a whole range of speakers, from tiny Bluetooth ones you can fit in the palm of your hand, to larger home speakers and even the Sony LF-S50G with a voice assistant for hands-free control. 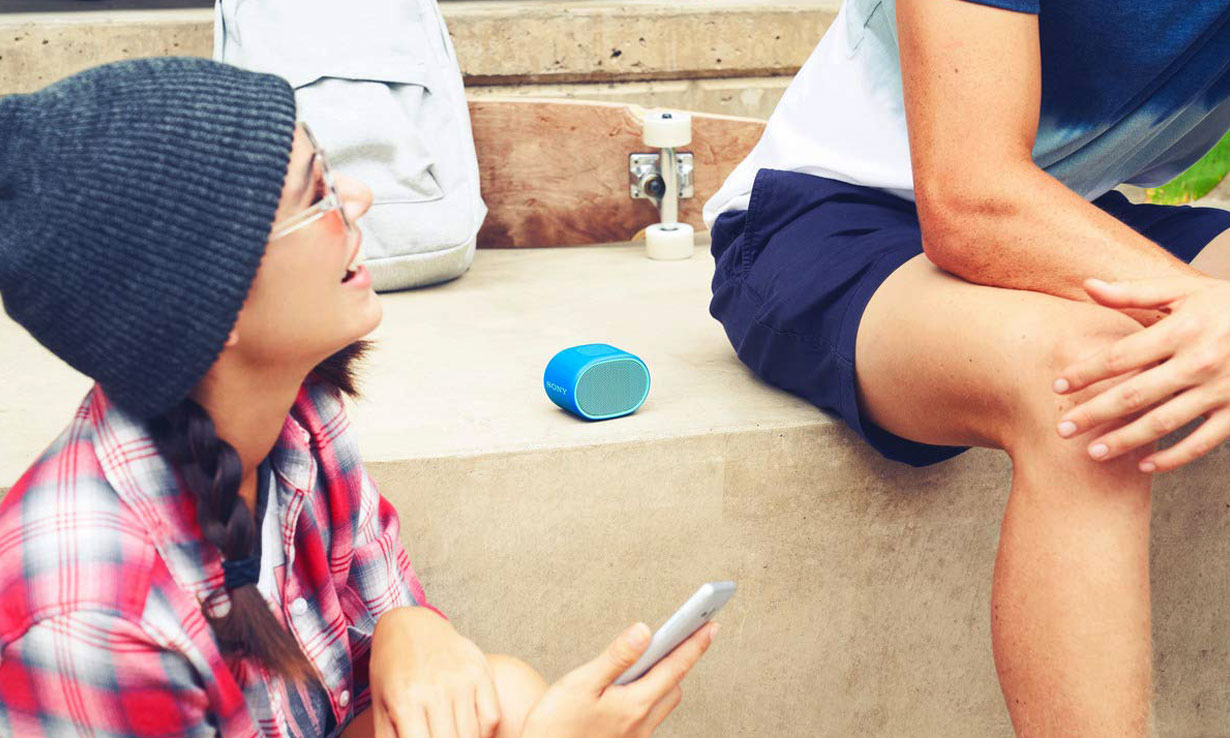 A wireless speaker for only £20? Is this a rare Sony dud that’s too good to be true, or has it manufactured a miracle? Our expert lab couldn’t wait to test it out.

The SRS-XB01 is a simple Bluetooth speaker – simply connect it to your phone and you’re away. It has buttons on its top to control music and calls, and is even water-resistant, so ideal for taking on your travels. Sony claims the battery lasts for six hours – we’ve independently tested this claim to see whether it lives up to reality.

In dimensions it’s about the size of an apple, just not quite as tall. Portable speakers of this size can frequently be a disappointing affair. They’re so small that they typically have little bass and so can sound tinny and lacking in depth. But it is part of Sony’s Extra Bass range, so can there really be some serious oomph behind a speaker this tiny?

Our rigorous lab tests and expert listening panel put it to the test in our Sony SRS-XB01 review. 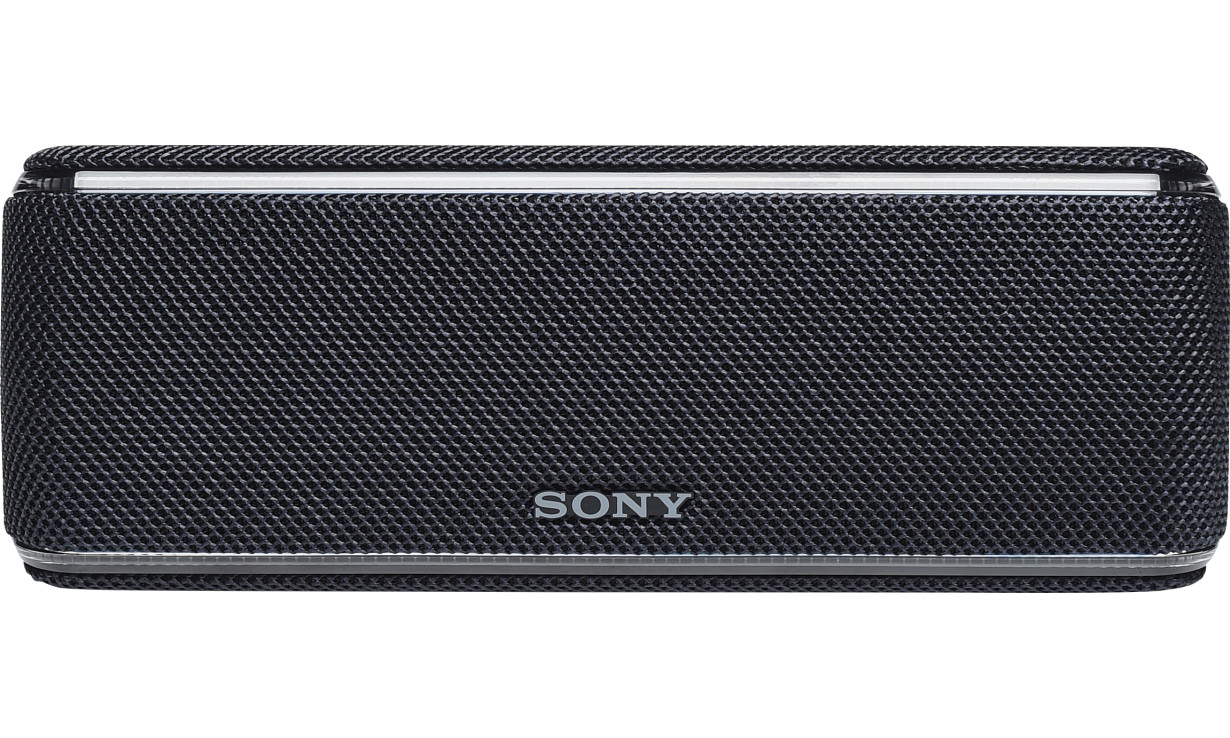 This speaker is also part of Sony’s Extra Bass portable speaker range, but this time things are taken up a gear for its ‘party speaker’ range. The Sony SRS-XB31 has dual 48mm speaker units which Sony claims produce ‘powerful sound and bass’ that will ‘get the party going’.

Flashing lights and strobe effects give an extra dimension to your music, and if you want to play along you can tap the speaker in different places for a range of percussion effects – it’s all configurable in the Sony Music Centre app on your smartphone (including the ability to disable them whenever you want).

But does Extra Bass mean the bass is excessive and ruins the sound? Our discerning professional listening panel have a range of ages and musical tastes, and have tested how this speaker sounds across a wide range of genres from classical to pop and rock, so you can be sure whether it will sound great whatever you like to listen to.

Read our verdict in the Sony SRS-XB31 review. 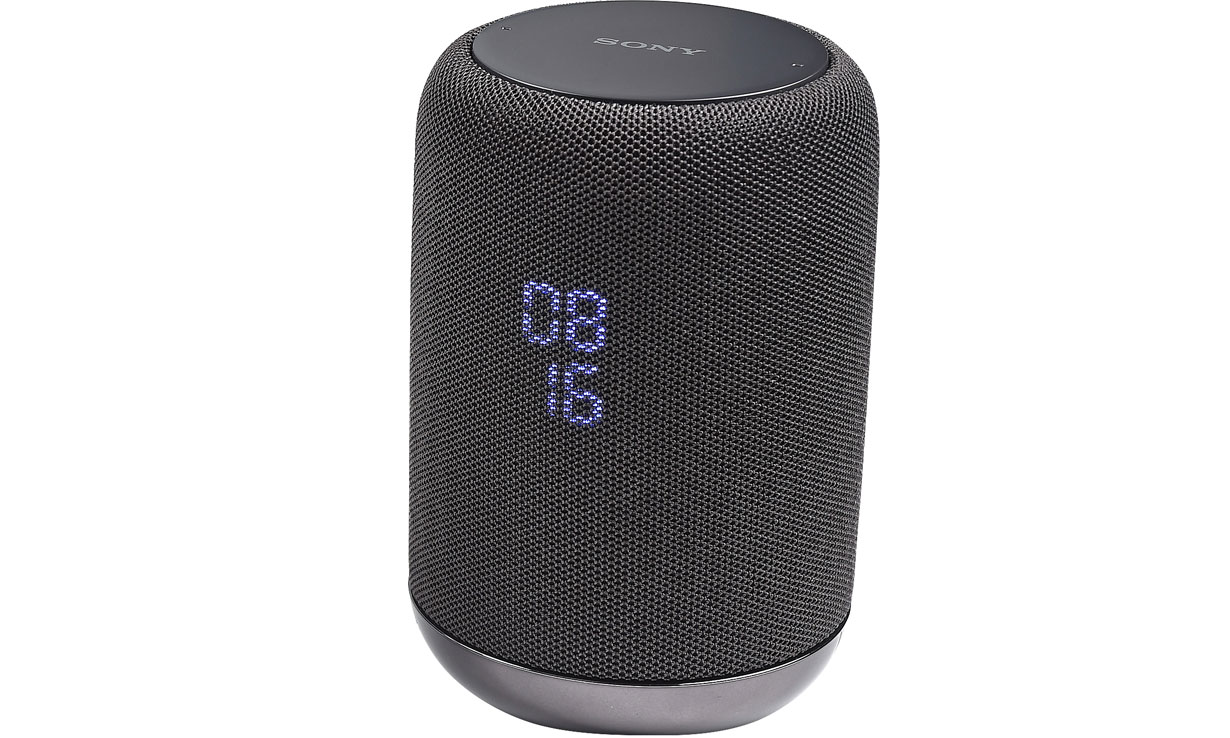 The Sony LF-S50G is one of Sony’s higher-priced models in its standard speaker range. It’s a smart speaker with Google Assistant voice control, which means you can use it hands-free with voice commands such as ‘Hey Google, turn up the music.’

It supports Bluetooth and wi-fi connections, and even has a dimmable LED clock display that’s viewable through its front speaker grille. Instead of buttons, the speaker features a touch control panel on the top of the speaker, and you can even control it through innovative gesture controls by waving your hand over the top of the device.

Google Assistant also allows you to ask for information like the weather and cooking recipes, and Chromecast multi-room support means you can connect it to any other speaker with Chromecast built-in for a wider audio setup.

So what did our experts think? Find out whether this is a great, easy-to-use and fantastic–sounding speaker in our Sony LF-S50G review. 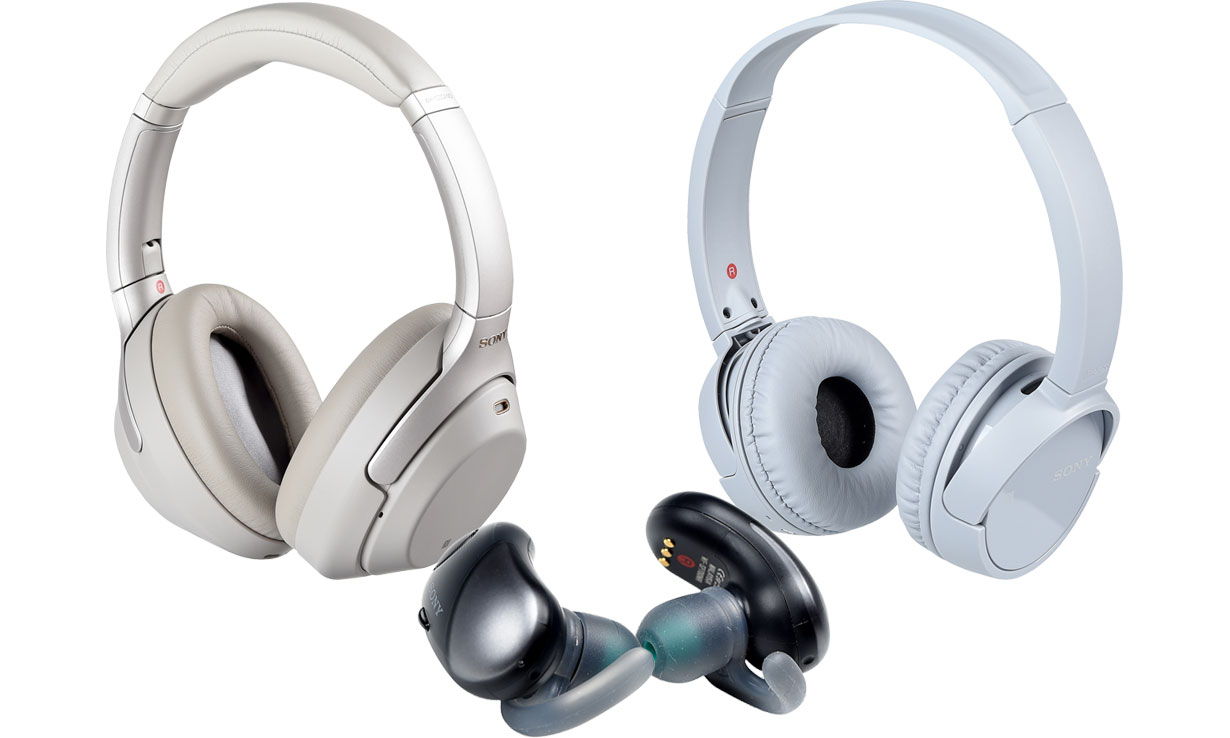 How do headphone brands compare?

Unfortunately you can’t rely on brands to be equally good in all areas, and this is also true for Sony.

We were able to analyse the testing data of Bose’s headphones – and it enjoys a clear lead overall. It’s not surprising really with its quality-over-quantity approach, releasing fewer products than rivals.

This also means that Bose headphones tend to be very expensive, and our expert tests reveal they’re not the best pairs on the market at the moment. Out of the top-10-scoring headphones we’ve reviewed over the previous three years, none of them are Bose models. You could do better, and even save a lot of money, too. 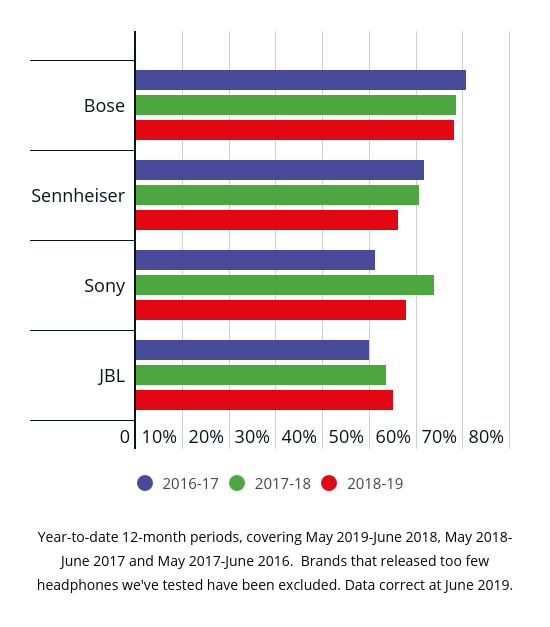 As the graphic shows, Sony’s headphone scores are all over the place. Its best pairs are among the highest scoring in our expert tests, but the brand’s average scores are brought down by lots of disappointing scorers as well. Sony has one of the biggest catalogues of headphones of any manufacturer, but you have to choose carefully to make sure you avoid disappointment.

Oddly, Bose rival Sennheiser released a huge number of headphones in the 2016-17 period, when it received its highest-average score out of the three years, and has released fewer in recent years and yet its scores are falling.

Meanwhile, popular headphones brand JBL’s average headphone scores are showing improvement year-on-year, but the average score is hardly anything to shout about. You have to choose your headphones very carefully with this brand – although it offers some great pairs too.

Don’t waste your money and head over to our best headphone reviews.