One in five Nissan Qashqai owners told us in our latest Which? Car reliability survey that they had to replace their battery in the past 12 months. According to our figures, that means you’re four to five times as likely to see your battery fail in the Qashqai than in other cars, indicating an inherent fault – so why should owners out of warranty have to foot the bill?

And it’s not just the Qashqai, which is one of the bestselling cars in the UK. Owners who have splashed a lot of cash on a new Tesla Model S report widespread issues with the exterior handle/lock/boot – 10 times higher than the average.

Which? Car editor Lisa Barber said: ‘Thanks to our in-depth reliability survey, we know these faults are happening. They may not be safety critical, but we still want the manufacturers to take action and recall these cars.

‘This will mean information about the faults are public, owners won’t be inconvenienced by them, nor will they have to foot the bill if the issue occurs outside of warranty.’

Scroll down or use the links below to find out more:

Every car we review goes through hundreds of lab and road tests. Only cars that perform well in our tests and are also reliable make it into our expert, independent round-up of the best cars.

All findings and figures featured here come directly from car owners, via our annual Which? Car survey. This year we heard from 43,958 members of the general public, who told us about 52,443 cars.

Thanks to everyone who took part we have in-depth reliability data and ratings for 276 models and 34 brands. Besides the common problems exposed in this article, we can also reveal:

This means we can apply separate ratings for cars in the first few years of life, typically when they are under warranty, and a separate rating to assess the car’s longer-term reliability.

If you’re one of the many Nissan Qashqai owners in the UK, there’s a good chance you’ve had an issue with your battery.

There’s also an environmental factor, which is particularly pertinent when coupled with the runaway success of the Qashqai. A World Health Organization (WHO) report found that 85% of mined lead ends up in batteries, and that mining causes significant environmental degradation, loss of habitat and generates large amount of contaminated waste that ends up in dumps.

Fortunately, almost all parts of a lead-acid battery can be recycled, but there is still a cost – transporting the battery, taking it apart, smelting and refining of the lead components and so on.

Since 2014 and the end of June 2019, an incredible 317,347 Nissan Qashqais have been sold in the UK alone (according to the car trade association body, SMMT). Our survey found that 20% of Qashqai owners we heard from had to replace the battery in the past year.

If you extrapolate that figure to 20% of all owners, that would mean 63,469 batteries in total would be replaced – a high environmental toll.

How the Nissan Qashqai compares with other cars in our survey 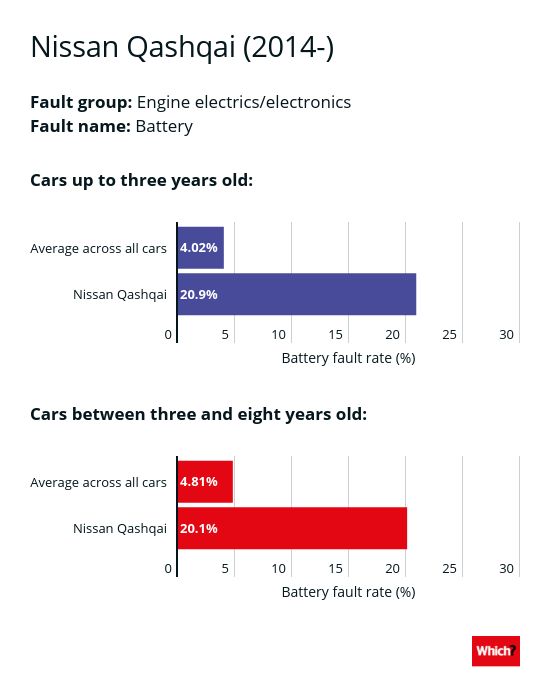 After we contacted Nissan, it said it changed its battery supplier in 2018. However, a separate software issue could see batteries drained. Nissan is writing to 35,000 potentially affected owners.

But owners of older cars are not covered by this action, or the warranty, leaving them potentially out of pocket.

A spokesperson told us: ‘We’re aware of some incidences of battery failure and have taken steps to address this issue, including replacing our battery supplier, and voluntarily launching a campaign to update the Body Control Module software on Qashqais made between April 2018 and February 2019. We’re working with affected customers.’

Read more about the Qashqai, including its reliability, in our Nissan Qashqai review. 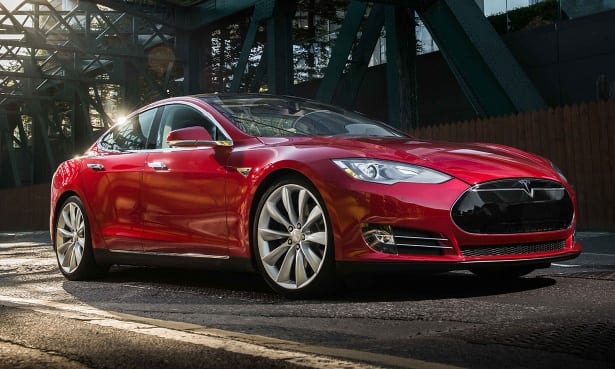 The Tesla Model S is one of the most advanced luxury cars on the road. You’ll pay at least £77,000 for one. It has some very showy features – including door handles that automatically pop out as the keyholder gets close.

But it has some less-than-impressive stats: based on owners with a Model S aged 3-8 years, it’s the brand with the highest percentage of faulty cars (67% of owners had an issue – two per owner, on average).

And it’s those flashy pop-out handles that may just be the cause. We dug into our data and looked at how many owners of cars aged between three and eight years old said they had an exterior-based issue with the door handle, lock, fuel cap or boot. We found: 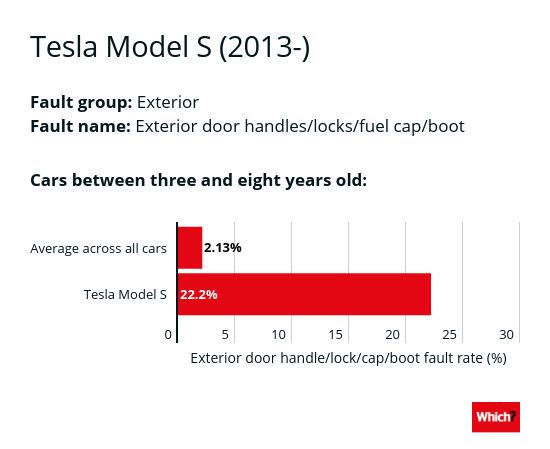 ‘We review every vehicle before it leaves the factory. Our warranties cover any repairs and replacements necessary for door handles for up to four years. Unlike other manufacturers, Tesla can perform repair work via mobile service, which can be done at a customer’s home or office.’

Find out more about the Model S and what it’s like to drive by heading to our expert Tesla Model S review. 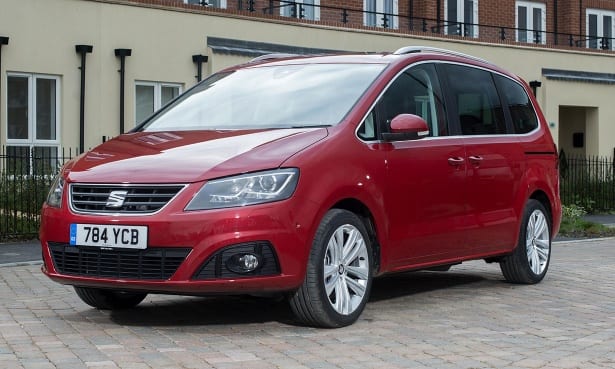 The Seat Alhambra has two common issues – one involving the suspension and one with the exhaust system.

As Seat is part of the VW Group, people might think the exhaust issues are linked to the dieselgate scandal. But the majority of owners told us they were not responding to a recall, so something else is going on here.

We found that for cars aged between three and eight years old in our survey, the Seat Alhambra fault rate is:

How the Seat Alhambra compares with other cars in our survey 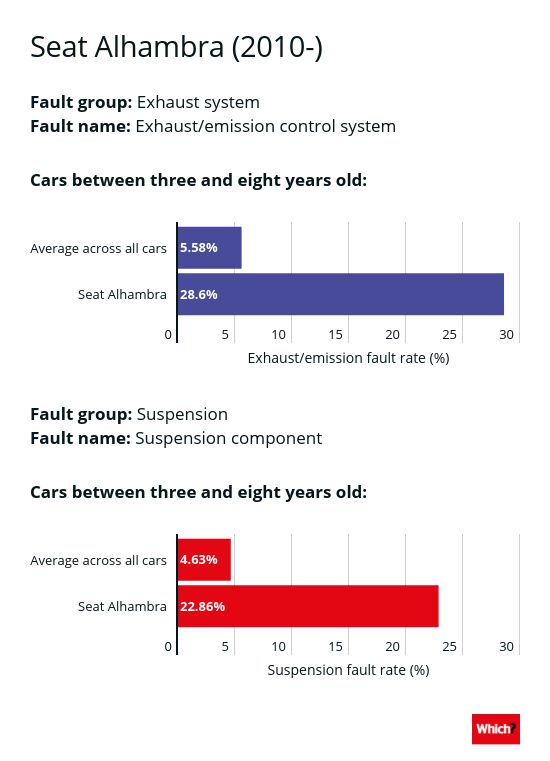 ‘Seat UK is concerned but, without details, we can’t identify and explain these results. A comprehensive warranty covering three years/60,000 miles is provided. Our service data will identify the need for workshop campaigns, which are issued as promptly as possible.’

Read more about the Alhambra and its reliability in our expert Seat Alhambra review. 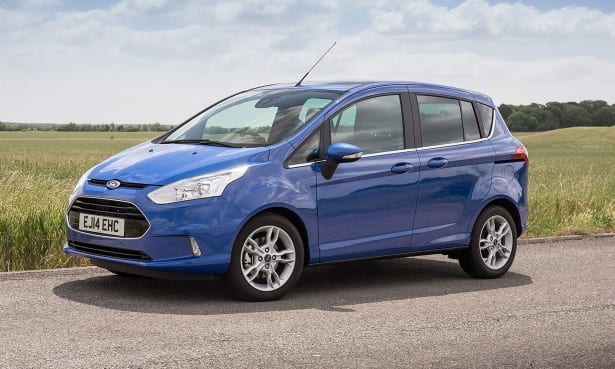 The Ford B-Max may no longer be on sale as new, but we still want Ford to do something about the issue reported to us in our survey.

There is widespread condemnation online about problems with Ford’s ‘Powershift’ automatic transmission, affecting a number of cars manufactured at similar times to the B-Max.

For cars aged three to eight:

Transmission problems can be very expensive to fix. 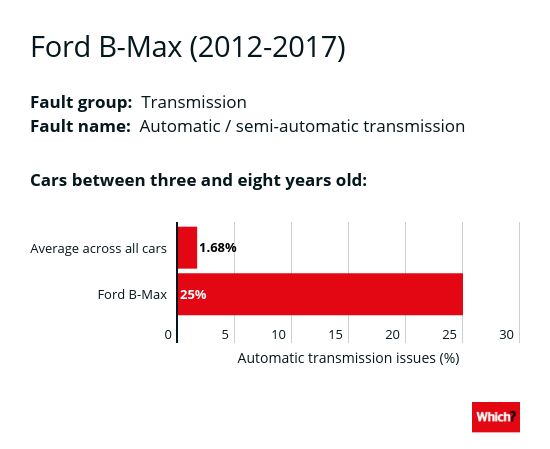 ‘We’re aware of these issues and have previously updated our dealership network to resolve them for customers. We also extended the warranty for affected cars from three to five years/60,000 to 100,000 miles.

‘Where owners aren’t covered, our Ford customer relationship centre (see ford.co.uk) will assess each individually on a favourable goodwill basis.’

Read more about the Ford B-Max and its reliability in our independent Ford B-Max (2012-2017) review. 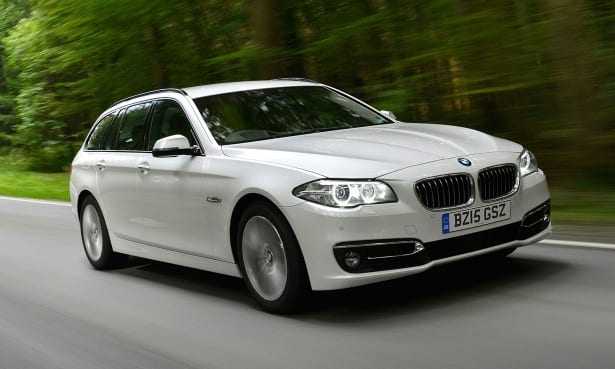 The older Touring estate has been off sale for a little while now, but current owners have helped reveal the number of suspension issues:

For cars aged three to eight:

This indicates there is a real issue here. 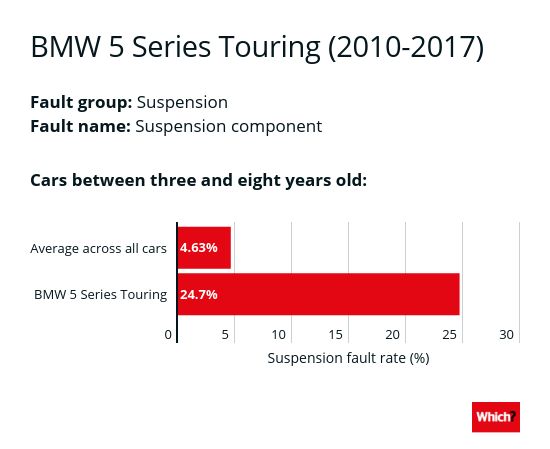 ‘BMW conducts continuous quality surveillance of our in-market vehicles. Only a tiny fraction of customer contacts in the first half of 2019 were related to suspension issues of any kind; fewer than six in 10,000, across all our models, make any reference to suspension issues.

‘If any customer wishes to discuss concerns, they can call BMW Customer Service.’

Why you need Which? reliability data

Our tests can tell you everything about a car – from the way it drives, to the amount of seat and boot space we measure ourselves (compared with the manufacturers’ claims), an engine’s true fuel economy and emission levels.

When telling you how reliable (or not) a car is, our nearly 44,000-strong army of drivers, aka our annual reliability survey, comes into play. This year we gathered feedback from 43,958 owners about 52,443 cars.

We were able to take that feedback and turn it into reliability ratings for 276 different models of cars and brand-level ratings for 34 different manufacturers.

The information we get reveals what common issues exist among individual cars or across entire brands. We can also tell you:

This information will explain the context of our reliability ratings, and will help you make an informed-as-possible choice on what your next car should be.

Our expert, independent car reviews all have a detailed reliability section that contains the most important information you need to know about that car or the brand it comes from.

We’ve also got an online tool revealing the most and least reliable cars. You can use it to look up a car or brand to reveal just how reliable, or not, your next car purchase will be.

Tell us about your experience

The manufacturers we approached vary in their responses, but mostly point out that repairs would be free under warranty, play down the issue or dispute our figures. But we know these faults are happening. And we know many issues are happening outside of warranty, leaving you to pick up the bill.

So we’re going to keep fighting to make manufacturers take action. You can help too.

If something has gone wrong with your car, go to our faulty products tool and tell us about your experience.