One of the smartphones in the image above costs almost £1,000 more than the other. On one side, the new A10 has had a facelift, with a sleeker design and larger display. It costs just £140, which stands in stark contrast to the S10 5G’s eye-watering £1,099 price.

Previously, avoiding the lower end of the price spectrum could be excused if you weren’t a fan of chunky-looking smartphones with small screens and thick bezels. But cheap phones no longer bear the look of ‘you get what you pay for’.

So what’s happening on the insides that can truly justify the extra cost? If you’re wondering whether it’s worth forking out or saving the money, we drill down into the key differences between the top-of-the-range Samsung Galaxy S10 5G and the bargain-basement Samsung Galaxy A10.

Want to find out which phones top our leaderboard? Our guide on the top five mobile phones for 2019 reveals all.

Impressively for its price, the Galaxy A10 has a large 6.2-inch screen with a HD+ display (720 x 1,520 pixels). Although its resolution isn’t the best compared with other budget smartphones such as the Realme 3 Pro (£179), which have a Full HD (1,920 x 1,080 pixels) display, its screen-to-body-ratio is pretty tidy. It manages 81.6% thanks to Samsung’s Infinity-V display, where the top of the phone’s display is interrupted by a V-shaped hole for the front camera.

Of course, the S10 5G has it beat with the massive 6.7-inch screen in Quad HD+ resolution (1,440 x 3,040 pixels), along with some pretty fancy display technology, such as Dynamic AMOLED and HDR10+ (High Dynamic Range), which aims to improve image quality with better highlights and colours. If you’re wondering if there are any bezels in sight, the answer is almost no. Samsung achieves an 89.4% screen-to-body ratio on the S10 5G with its Infinity-O display, where the screen is only interrupted by a small cut out in the top-right corner of the screen, for the front cameras.

Our advice: The S10 is clearly better, but if you’re not bothered about super-sharp, vibrant images, you may not notice it enough in day-to-day use to really colour your experience. 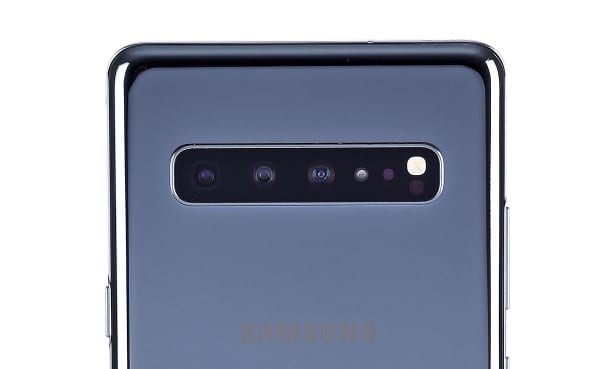 As you may expect from an affordable smartphone, Samsung hasn’t showered the A10 with camera lenses in the same way it did the S10 5G, but for basic photography, it still has reasonable specs to offer. The rear camera on the A10 holds a 13Mp lens, while the selfie camera is a modest 5Mp.

Like it’s much pricier alternative, the A10 uses an LED flash and has features such as panorama, for taking 360-degree pictures, and HDR to capture that extra ounce of detail in extra bright and dark areas of your photos. You’ll also be able to play around with editing features on the A10, to add extras such as AR stickers and filters to photos.

For the photo-fanatics among us, Samsung quadruples its offering on the S10 5G. The rear camera lineup on this phone consists of a 16Mp ultra-wide angle, 12Mp wide angle, 12Mp telephoto and 3D depth lens, a whopping total of four rear lenses. If four isn’t enough, there are also two selfie camera lenses – a 10Mp lens and another 3D-depth lens.

As well as having all the features the A10 has, the S10 5G has other nifty extras which you would miss out on if you choose the cheaper option. The phone comes with 2x optical zoom with its telephoto lens, so you don’t lose detail and quality when you zoom in on your pictures, and 4K Ultra HD video recording for extra crisp videos.

Our advice: No competition – the S10 5G blows the A10 away when it comes to photography. But if smartphone photos aren’t too important to you, you’re paying a lot for something you’ll rarely use.

The A10 has a much smaller 3,400mAh battery than the S10’s mighty 4,500mAh. That said, we have seen some budget smartphones with incredible battery performances and although its battery is smaller, the A10 also has far less power-draining features including a lower-resolution display, so that doesn’t mean its won’t last as long.

On the subject of what its missing, the Galaxy A10’s price comes with a sacrifice of quite a few battery-boosting features that the S10 5G is loaded with. The S10 5G has Fast Charge 25W for quicker charging, it’s Qi-enabled, so you’re able to charge it wireless, and it comes with Samsung’s reverse charging functionality, so you can use the phone to charge your other devices (ie earphones) if they’re running low on battery.

Our advice: The S10 5G’s battery has a few useful tricks up its sleeve, but if it’s pure longevity you’re after, don’t count out the A10. We reveal how well it fares in our full Galaxy A10 review. 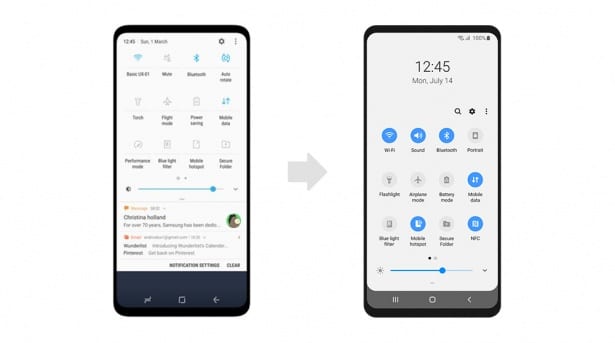 For the first time, there’s a bit of a tie here – both phones come running on Android 9.0, which is currently the latest iteration of Android. However, it doesn’t benefit from having Samsung’s One UI operating system, which overlays the Android operating system to bring manufacturer-specific optimisations to Samsung devices. This includes access to Samsung’s virtual assistant Bixby, to help you do small things such as search for an item online just by pointing your camera at it.

Although they both begin on an even footing, it’s worth considering that cheaper models are not as high priority as premium ones when it comes to future operating system updates. So although a cheaper phone may be on an even keel in the short term, if you’re planning to keep a phone for a long time, operating system updates as well as security updates are something to consider when making your decision.

Our advice: The A10 will handle the basics perfectly well, you just won’t get the bells, whistles and (admittedly useful) optimisations on offer from OneUI, and may have to wait longer for full Android updates.

The A10’s Exynos 7884 processor is one of Samsung’s own, which is specifically built for its budget models and alongside it, the phone comes with 2GB of Ram. Elsewhere, the S10 5G is powered by the more advanced Exynos 9820 processor and has four times the Ram capacity (8GB).

Having a more advanced processor and more Ram in your phone will benefit you for a few reasons. First, it will be able to load apps faster as the phone itself is quicker and more responsive. Second, you’re also less likely to suffer from lag when loading picture-heavy web pages or playing games, which may not be a dealbreaker for everyone, but can be a gripe if your phone is constantly playing catch up.

Our advice: For more basic, day-to-day use, you’re unlikely to notice the benefits of a faster processor and more Ram. If you’re not an intensive phone user don’t be seduced by the promise of power.

What do you get if you pay more for a mobile phone? 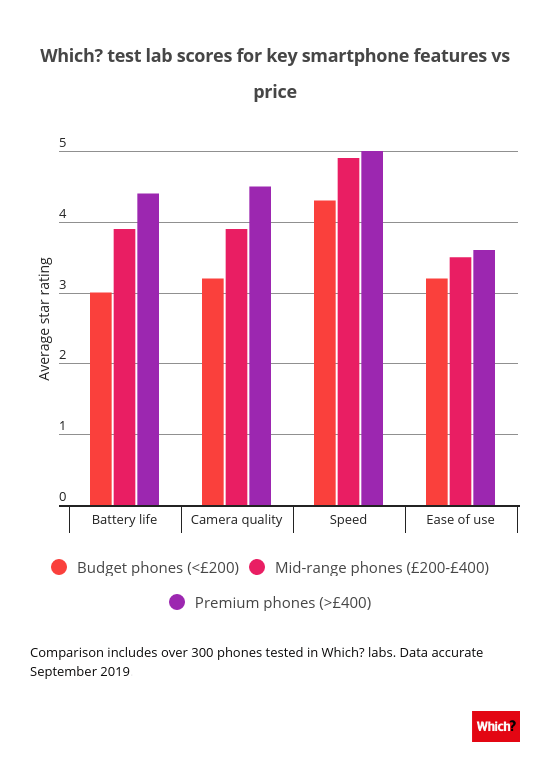 The decision to spend more on a mobile phone largely depends on what you’re most interested in. If you’re looking for a phone that’s easy to navigate and use for normal day-to-day activities, such as sending messages or making calls, the graph above shows that there isn’t a big difference between the budget and premium models.

But if you’re hoping to recruit your phone as a substitute camera for crisp and detailed photos, then it’s likely that the top-grade functionality found in flagship models will suit your needs more. Ultimately, price isn’t the only consideration. We’ve found models that cost £1,000 with shopping list of specs, but still didn’t deliver on basics like good battery life. Equally, cheap doesn’t always mean big compromises, so you shouldn’t write off a phone just because it’s modestly priced.

We review smartphones at every price point and have found models for less than £200 that surpassed the performance of competing phones for four and five times the price. Our mobile phone reviews don’t take price into account, so you can be sure that our recommendation is purely based on the performance of the phone.

Head to our mobile phone reviews for an impartial view on which phones are worth your money.