Whether you grow yours in a dedicated plot, at an allotment or in pots on your patio, you can’t beat the flavour of homegrown veg. We wanted to find out which vegetables are your favourite to grow and any tips you have for successful harvests.

Which? Gardening magazine asked more than 3,500 gardeners about their veg growing. Read on to discover which were their top five veg for growing in the UK and our tips for how to grow them.

By far the most popular veg for growing at home, tomatoes come in so many varieties you could try several new ones every yer and never run out of options.

More than three quarters of you like to grow tomatoes and do so for the sheer variety. The fact that they are relatively easy and, overwhelmingly, for their excellent flavour compared with what is available in the shops.

How to grow tomatoes

Sow your seeds on a well-lit windowsill as early as February if you have a heated greenhouse, but wait until late February or March if your greenhouse is unheated. Pot on the seedlings into 9cm pots and keep them somewhere that’s at least 15°C before planting into growing bags, the greenhouse border or 10 to 15-litre pots. Keep them well watered and feed with a liquid tomato feed once a week. Remove the sideshoots as the plant grows and provide it with a support such as a cane. 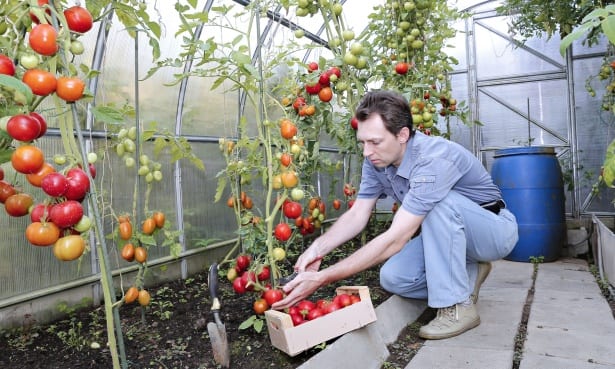 More than half planned to grow runner beans and it’s easy to see why. For a relatively small amount of space and little work, aside from setting up a wigwam or other support, you can produce fresh, tender beans throughout the summer and probably still have plenty to stash in the freezer for winter.

How to grow runner beans

Sow in pots in May for planting out four weeks later. The plants will need supporting on sturdy canes, either in a wigwam shape or an A-frame, depending on where you’re planting. Give the plants a good soaking once a week and keep picking regularly to prevent older beans from going stringy. At the end of the season, leave a few pods to dry and save the seed to be planted next year. 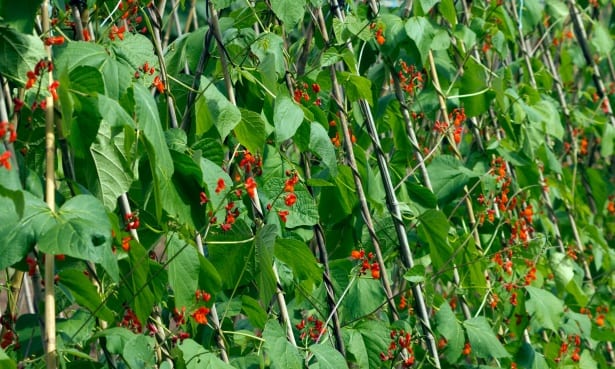 Just under half grow these every year, as they’re easy to grow and have plenty of uses in the kitchen, although some people complain about having a glut of them. If you have surplus courgettes, slice thinly and cook them down with olive oil and garlic, and freeze it to use later as a pasta sauce – just add parmesan and a little cream while you heat it through.

How to grow courgettes

Sow seeds individually in 7cm pots no more than four weeks before the last frost where you live.

Plant out in their final position once they have at least one large leaf and there is no danger of frosts, either in the ground or in large pots – courgettes are hungry plants, so incorporate some well-rotted manure or garden compost when planting in the ground and controlled-release feed when planting in a pot.

Protect from slugs until the plants are well established and pick the fruits when they are 10-15cm long. 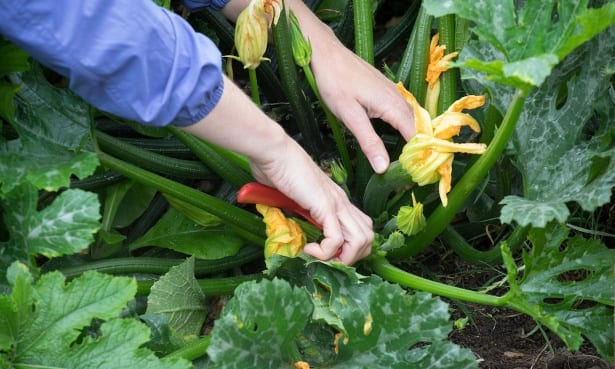 Successfully grown by half of our survey participants, potatoes are a veg plot staple. They also do well in pots – an option favoured by just under half of those who grow potatoes.

There are hundreds of varieties of potatoes, but scan the shelves of most supermarkets and you’ll find precious few on offer. It’s a prime reason for growing your own, plus the fact that freshly dug new potatoes taste far superior to anything you’re able to readily buy in a shop.

How to grow potatoes

Plant seed potatoes around 15cm deep in rows 40cm apart for early varieties (mid-March), and 60-75cm apart for maincrop varieties (April). As the shoots start to appear, pull up soil from either side until you have a ridge 20cm wide and high.

If you’re growing in pots, plant the seed potatoes around half the depth of the container, leaving room to add more compost as the shoots begin to grow. 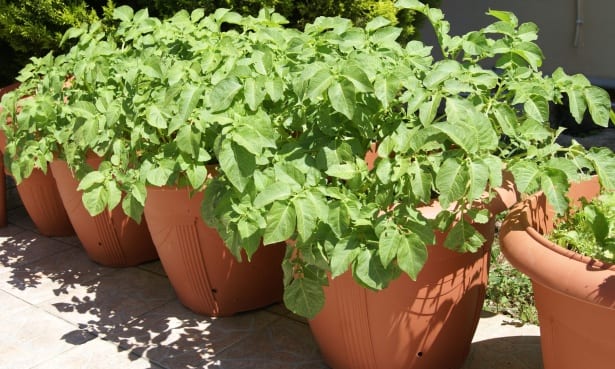 More than half of the survey participants grow lettuce and salad leaves. With bagged leaves expensive to buy (and often wrapped in un-recyclable plastic) and most salad-leaf packets containing hundreds of seeds, growing your own is an eco-friendly and economical option.

How to grow lettuce and salad leaves

Sow seed thinly in module trays from February onwards in the greenhouse and grow on until they’re large enough to plant outside.

Alternatively, you can sow directly into seed drills outdoors from late March, thinning the seedlings to around 30cm apart. You can also grow salad leaves in patio pots.

Harvest the leaves as you need them, removing the bottom ones and leaving the rest to grow on. Protect from slugs and snails and cover the plants with insect-proof mesh to keep out aphids.

Try Which? Gardening magazine for veg-growing advice in every issue. 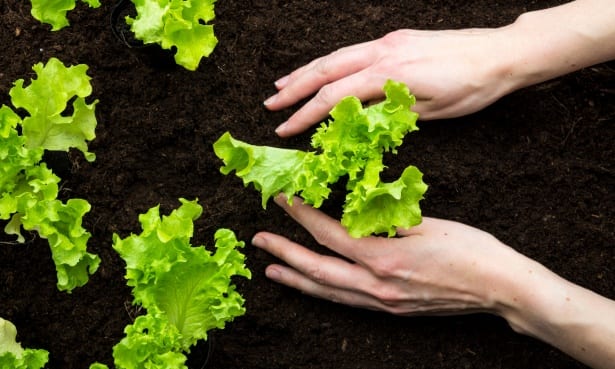 Nine free ways to freshen up your garden

How much do you really need to spend on a lawn mower?

Five essential tools you need for cooking with a pizza oven