The dawn of 5G is upon us and the biggest manufacturers have wasted no time in touting their most impressive (and most expensive) smartphones with 5G-ready connectivity.

5G smartphones from the likes of Samsung and Huawei currently stand as the most expensive models on the market, but if you’re not that interested in being able to download your Netflix shows twice as fast, then why should you make a £1,000-plus investment in a new phone?

Aside from the benefits of having a ‘future-proof’ smartphone ready for the next generation of mobile communication, a lot of 5G phones also come with impressive features, such as unique camera set-ups and the most powerful processors on the market right now. These phones have been built with the best tech that manufacturers have in their arsenal, so they should last for the long-haul.

But which of these Android-powered 5G phones is worthy of the hefty investment? We’ve tested four of the biggest models on the market to find out what they have to offer.

Read our guide on the Top five smartphones in 2019 to browse some of the best phones we’ve ever tested.

We’ve tested 5G smartphones from Samsung, LG and Huawei, and picked out their best features to help you decide whether it’s worth splashing your cash. 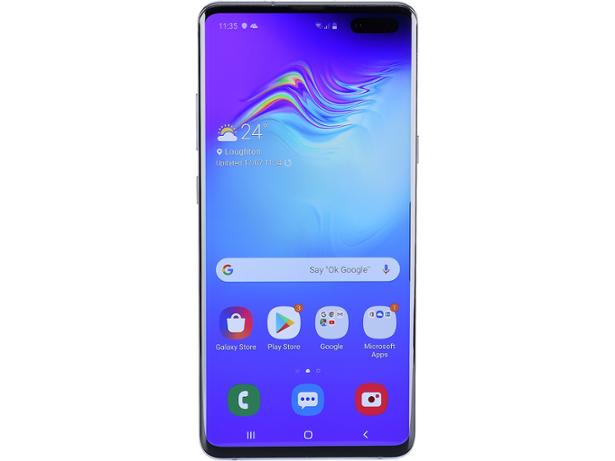 Samsung wowed Galaxy Note fans this year when it launched three new devices to succeed the Galaxy Note 9, one of them being the Note 10+ 5G. As the name suggests, the Note 10+ 5G is simply a 5G iteration of the Note 10+ but that doesn’t take away from this multi-faceted smartphone.

A massive 6.8-inch AMOLED display is incredible in itself and its four rear cameras (16Mp, 12Mp, 12Mp and 3D lenses) turn heads on their own. But what might seal the deal for you is the classic Galaxy Note ‘S-pen’ stylus.

Samsung has optimised the functionality of its stylus this year so as well as using it for writing notes and navigating around the phone, you can now Bluetooth-powered air gesture controls to perform tasks like switch between the front and rear cameras when taking pictures and adjust the volume on apps like YouTube.

Good for: people who like the ideas of using a stylus, and those with an eye on boosting productivity on the move. 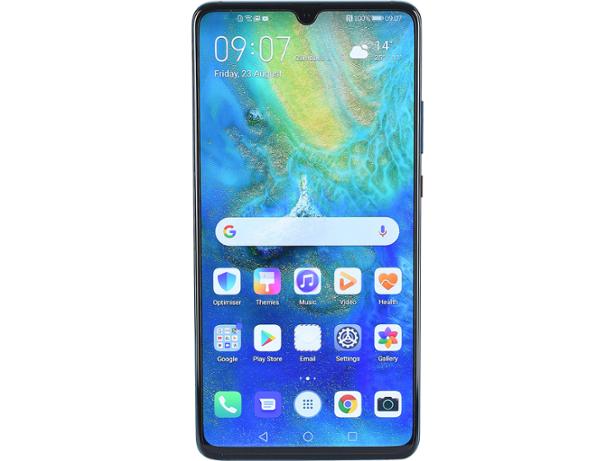 Huawei is well-known for its premium smartphones but the Mate 20 X 5G may take the crown as one of its most ostentatious.

This phone has one headline feature that would put it on the ‘must-have’ list for a movie or video lover: its display. Many smartphone displays, including the OnePlus 7 Pro and Samsung Galaxy Note 10+ 5G have flirted with 7-inch mark but the Mate 20 X 5G is the first to take the plunge: it sports a 7.2-inch Full HD+ OLED display.

Considering that its screen is 0.1-inches smaller than Samsung’s phablet phone, the Galaxy Fold, we’re extremely impressed already. Not to mention it runs on Huawei’s most powerful processor duo to date – the Kirin 980 and Balong 5000 (Huawei’s 5G chipset) – and it comes with Huawei’s answer to Samsung’s stylus, the ‘M-pen’.

Good for: people who enjoy watching video content, or enjoy the extra real estate of a mammoth display. 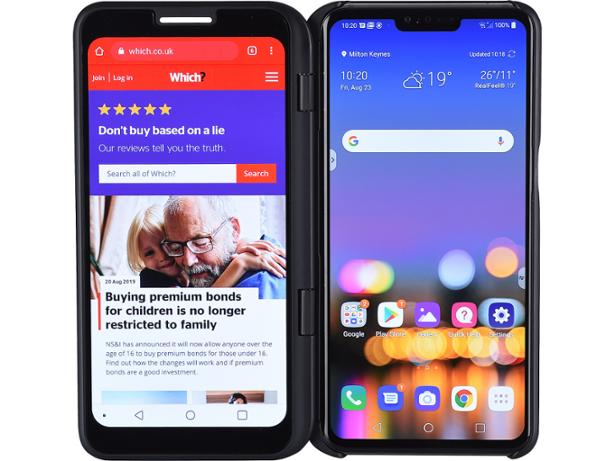 If you’ve been tempted by the foldable phone trend, the LG V50 Thinq might be the more practical and much cheaper alternative.

The phone comes with a case in the box that has an additional display screen, so that you can turn your phone into a dual-display device. So whether you miss the days of having a dedicated Qwerty keyboard or you need to browse the internet while making notes, the detachable second display is an easy way to have the best of both.

To add to its offering, the LG V50 Thinq itself has some impressive specs elsewhere. A 6.4-inch Quad HD+ OLED FullVision display with an incredibly high resolution of 3,120 x 1,440 pixels. The phone runs on a generous 6GB of Ram and its 128GB of storage can be expanded by up to a whopping 2TB with a microSD card.

Good for: multitaskers – or people looking to dip their phone into the emerging dual-screen market rather than dive in head-first.

There’s a lot that can be said about the Samsung Galaxy S10 5G. Like most phones in its price range, it has a huge display spanning 6.7-inches with an ‘Infinity-o’ design to encase the camera.

It has innovative features such as reverse charging, so you can charge other devices on the back of your phone, as you’ll also find with the other S10s. But what makes it worth a second look, is one of the standard features: its cameras.

On the front of the phone, you’ll find a dual set-up 10Mp selfie lens and another 3D depth lens. So whether you want to take a magnified picture with the telephoto lens or capture a whole landscape with the ultra-wide-angle lens, the S10 5G should have you covered.

5G is the new generation of mobile communication, boasting high-speed internet connectivity with more bandwidth (ability to send a lot of data quickly) and less latency (devices taking a long time to communicate with each other) than previous generations such as 3G and 4G.

At present, mobile phone providers EE, Vodafone, Three and BT have all launched their 5G networks, but with limited availability in select UK cities.

To find out more about 5G and which cities can access the network, read our guide on What is 5G?. 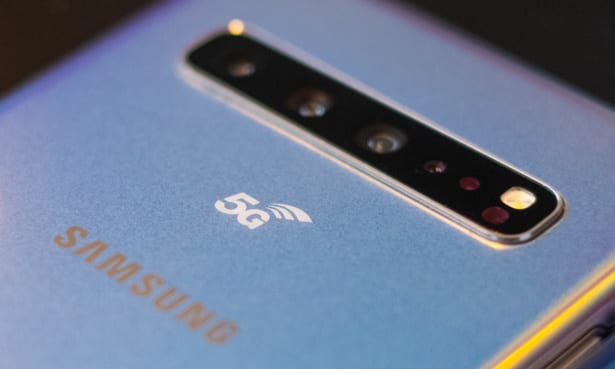 The biggest attraction to 5G is how fast it claims to be, meaning people will be able to communicate faster through their phones and other IoT (Internet-of-Things) connected devices. With a purported maximum speed of 10Gbp/s, in practice, you would be able to download a 4K movie in less than 90 seconds using 5G – a task which takes more than two hours with 4G.

We took 5G for a spin, using the 5G version of the OnePlus 7 Pro on one of EE’s 5G plans. Using the network outside St Paul’s Cathedral in London, we were hugely impressed by the speeds it reached, getting close to 530Mbps, while our 4G alternative phone only managed a piffling 12Mbps in the same spot.

Streaming videos in 4K was blissful – there wasn’t a pause when we skipped ahead and no buffering in sight. But this joy is restricted to 5G areas, so while you may be enjoying fast download speeds while walking on your way to work, you might be back down to regular speeds if you home is too far from a 5G mast.

For more, join the conversation and share your thoughts on whether you will be an early 5G adopter.