New Which? research shows that in the UK we actually spend less on food than previous generations did, and many popular foods are cheaper now than they were 30 years ago.

Use our supermarket price comparison to get the best deal on your shopping. 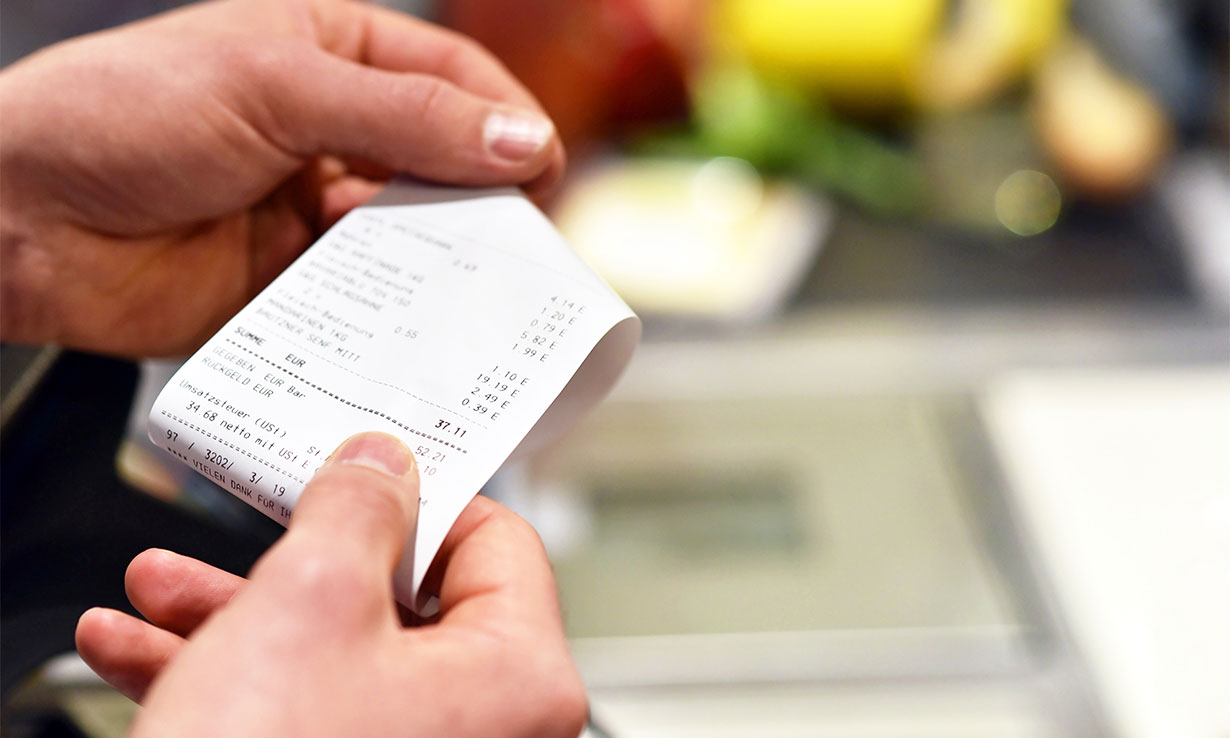 Globally, after Singapore and the US, the UK spends the lowest proportion of household income on food shopping, lower than our European neighbours Germany, France and Spain.

We’ve compared how much popular foods cost in 1988 with the equivalent cost in today’s money, accounting for inflation, and the actual cost in June 2019. All foods we investigated are cheaper to buy now, apart from white fish. 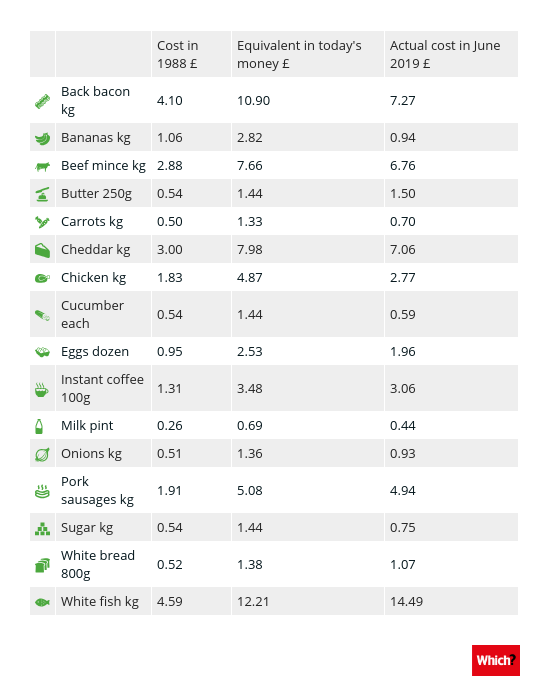 Since 2016, food prices have been on the rise again but at a lower rate than inflation (food prices went up 4.3%, whereas all inflation was 5.2%). 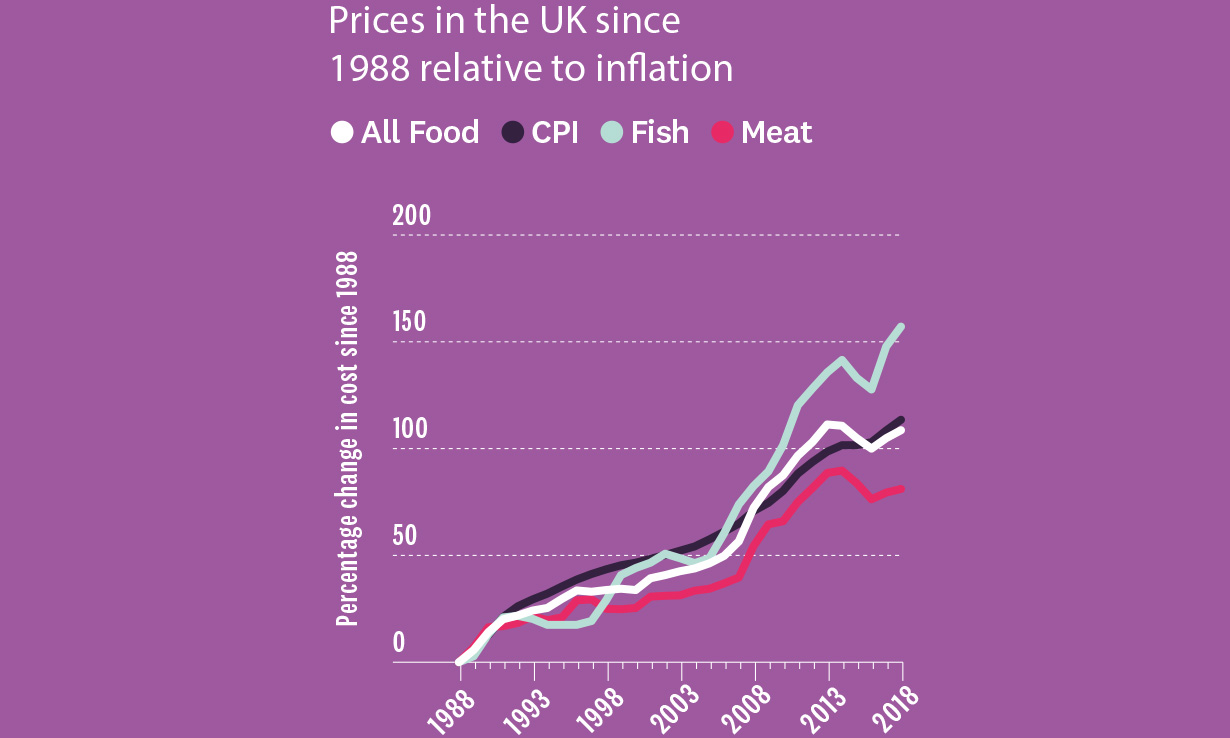 Individual food groups give a more detailed picture of what’s been happening. The graph above shows that the price of fish has risen above the rate of inflation since 1988, while meat has risen at a rate lower than inflation.

This means it’s comparatively more expensive to buy fish and cheaper to buy meat than it was 30 years ago. Similarly, oils and fat have become more expensive, but vegetables have got cheaper.

Between 2010 and 2018 the cost of frozen prawns increased by 67% and fresh white fish fillets by 38%. In the same period, the cost of iceberg lettuce decreased by 33% and fresh boneless chicken breasts by 16%. 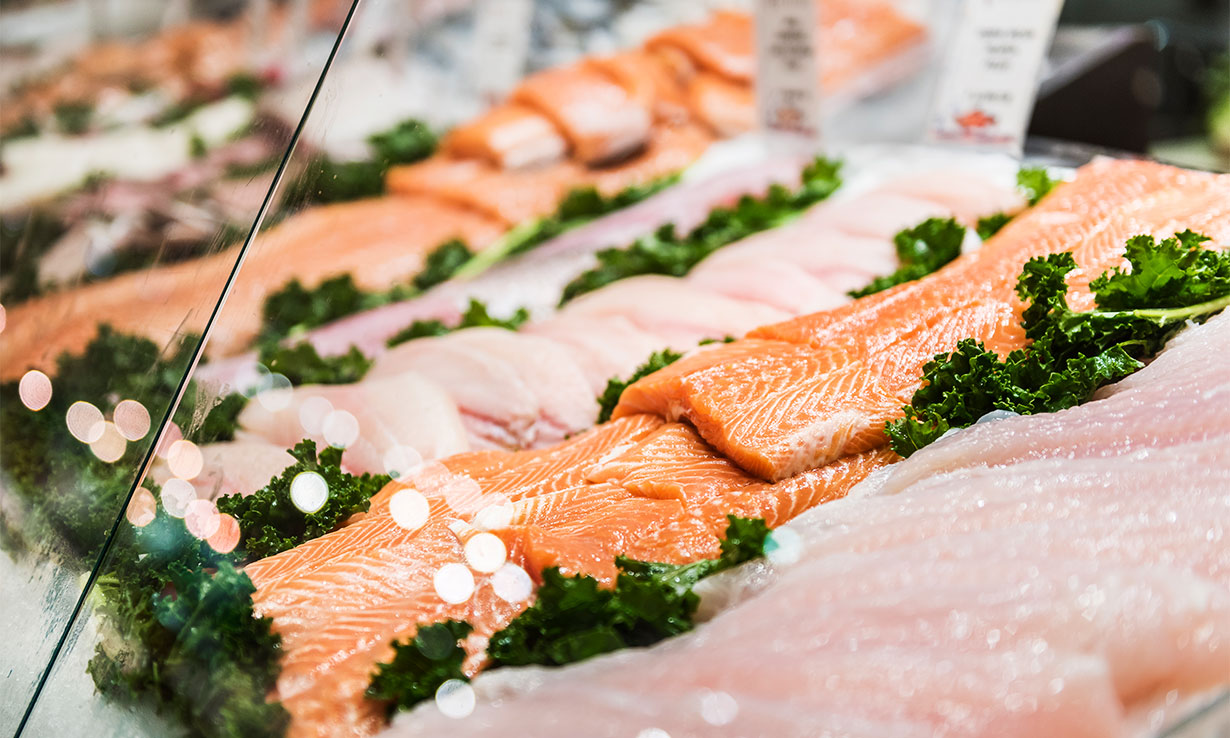 Why is food cheaper now?

There are several reasons why our food has got cheaper over time:

Other factors that affect the cost of food include oil prices, extreme weather conditions and the supply and demand of certain foods.

So while it might feel like we’re struggling with food bills, it’s not actually the cost of food that’s the problem – it’s what else we are spending our money on.

While the proportion of household income spent on food has more than halved over the past 60 years, spending on housing costs has doubled. Use our budgeting tools to make the most of your income.

The amount we spend on housing, travel and energy bills isn’t easy to change or adjust, so when budgets are under pressure, food bills are squeezed.

Best deals in the January sales revealed by Which?