Last year, hospital trusts in England made more than £254m from car parking charges, and a further £1.5m from parking fines.

Data obtained through Freedom of Information (FOI) requests, along with information from the NHS Digital Estates Return Information Collection database (ERIC), collected by the Press Association, shows that parking charges generated hundreds of millions of pounds in revenue in 2018-19.

Total income from hospital car parking has risen by 10% in the past year, and a third of the trusts who responded to the FOI request had increased their charges in the same period. Prices vary significantly between hospitals, with some patients having to cough up four times as much as others.

It’s not just patients and visitors who help to fill the coffers either: NHS staff are being stung, too; at least £65m of the total income from trust car parks was from people who work for the health service.

Health and personal care – independent advice from Which? on health products and services, from dentists and opticians to online GPs, laser eye surgery and CBD Oil

The FOI data reveals that where you live has a big impact on your hospital parking costs. The cheapest hospitals charge £1 an hour, while the priciest charge £4.

Concessions differ too; half of the trusts surveyed charge for disabled parking, but elsewhere it’s free.

In Scotland and Wales, hospital parking is free for all, and many hospitals in Northern Ireland also don’t charge.

Most expensive hospitals to park at*

Cheapest hospitals to park at

*Cost of a one-hour stay. If more than one car park, most expensive is shown. Source: Press Association

Confusing rules, fines and lack of spaces key sources of stress for patients

Visiting a hospital can be stressful enough without having to hunt for a parking space, then paying through the nose when you find it. But in many NHS hospitals this is exactly what you’ll have to do.

We surveyed 7,883 Which? members about their experiences of hospital parking, and almost 9 in 10 (86%) said that trouble with parking added to the stress of their hospital visit.

Just finding a space to park in the first place was a top problem, compounded by confusing rules and problems paying: 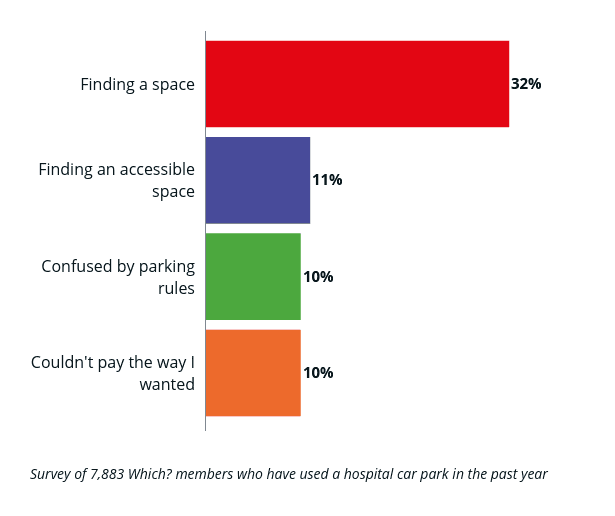 We asked people for their stories, and were flooded with responses about long queues, high costs and ‘accessible’ spaces that were further away from the hospital building than standard ones, or required longwinded detours to register – rendering their original purpose pointless.

As one person told us: ‘There’s no provision for dropping people like my 90-year old mother near the door, so it’s a three-person job to take her to an appointment. The car park is rammed and there are only two disabled parking spaces.’

Who should pay for hospital parking? 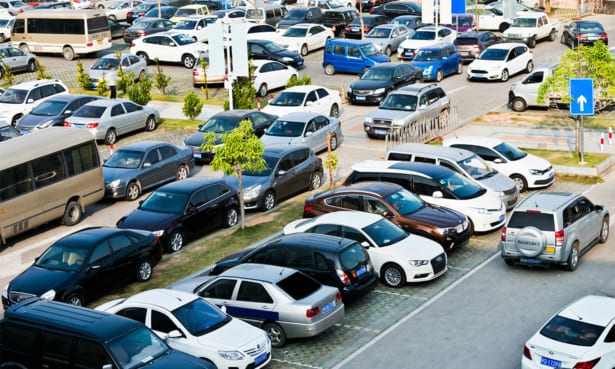 Hospital parking has featured as an issue in the general election campaign.

Labour’s manifesto stated that it ‘will provide free hospital parking for patients, staff and visitors,’ while the Conservative party said it will make parking free ‘for those in greatest need, including disabled people, frequent outpatient attenders, parents of sick children staying overnight and staff working night shifts.’

The Liberal Democrats and the SNP did not reference the issue in their manifestos.

In our survey, 49% of people thought hospital parking should be free, with most saying costs should be funded by the government or NHS instead of patients.

Opponents of hospital parking charges say it is a tax on those who are unwell. But even the most vocal opponents, such as the Patients Association, acknowledge that there are many complicating factors, from the cost of car park management and maintenance, to the availability of spaces and need for NHS funds in general.

Free parking schemes in Scotland and Wales have saved both patients and NHS staff millions of pounds, but concerns have been raised about the impact they’ve had on the availability of parking spaces, which are already in short supply.

Some NHS trusts in Scotland have attributed pressure on parking spaces to scrapping charges, while the British Parking Association claims that scrapping charges has caused ‘chaos’ where ‘no one can find anywhere to park’. 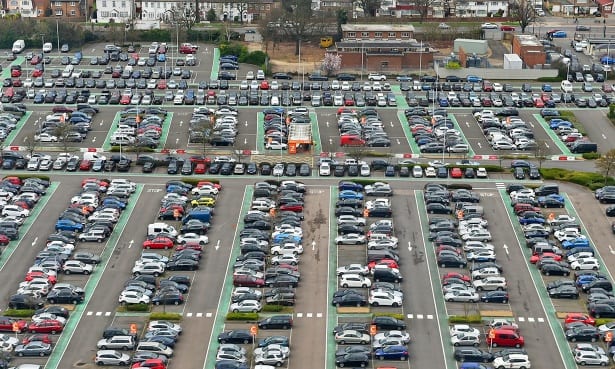 Rachel Power, chief executive of the Patients Association, says that: ‘Although car parking charges aren’t the top priority in a climate where patients are receiving undignified and unsafe care in hospital corridors, the huge profitability of the business of administering parking charges and fines raises important questions over whether enough of this revenue goes to hospitals or elsewhere – in some cases entirely into the pockets of private parking companies.’

‘Practical arrangements to prevent car parks being used by other motorists can and should be installed, as they are at supermarkets, hotels and so on.’

But Saffron Cordery, deputy chief executive of NHS Providers, says: ‘A trust doesn’t always own the car park on its site and even if it does, most of the revenue from charges goes on maintenance and running costs, with any surplus being reinvested back into wider patient services. If parking charges were removed, the funding for parking facilities would have to come from elsewhere and this could impact patient care.’

‘Trusts are working hard to keep car parking charges to a minimum, often by offering concessions and, in some cases, by moving away from hourly charging for patients who need to stay longer.’ 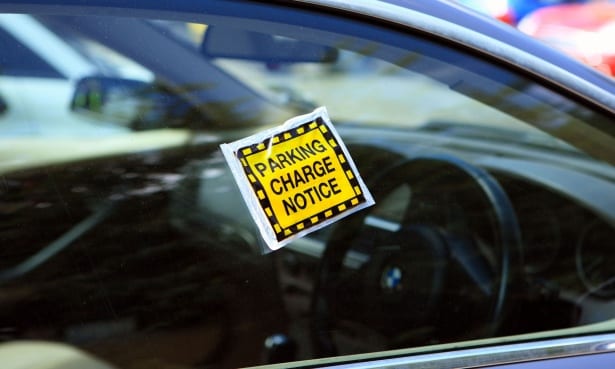 Of the 124 trusts that shared information about who runs their car parks, 65 said theirs was run by a private firm.

This would seem to undermine the argument in some cases that the revenue from car parking charges goes back into NHS patient care.

The cost of fines has gone up by 8% in the last year too, despite less trusts disclosing information than last year. 60% of those who did report an increase were run by private firms.

Receiving a fine can add to the expense and stress of visiting hospital. One in five of those who received a fine said it was because their appointment overran or there was some other reason beyond their control.

You can appeal a fine, but who you are appealing to will depend on who runs the car park. Private firms and hospital trusts have different systems. Almost half the people we surveyed who did appeal their fines found it difficult to do so.

Your stories of hospital parking problems 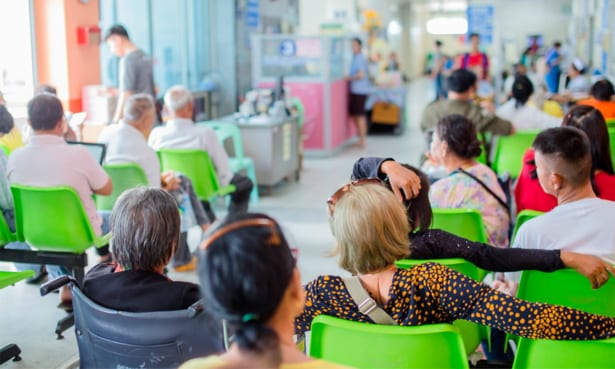 We surveyed 7,833 people about their hospital parking experiences over the last year, and many told us of their frustration with both the high cost and lack of spaces.

Some people said they had spent over £100 to visit their loved ones, others were frustrated by long queues to get a space or leave the car park, and still more grappled with the issue of leaving a loved one in urgent need of care on their own while they had to hunt for a parking space.

Complicated parking payment systems which require you to input your registration number slowed people down, and the difficulty of knowing exactly how long it would take to find a space, or how long your hospital visit might be, caused problems for people trying to stick to the rules. 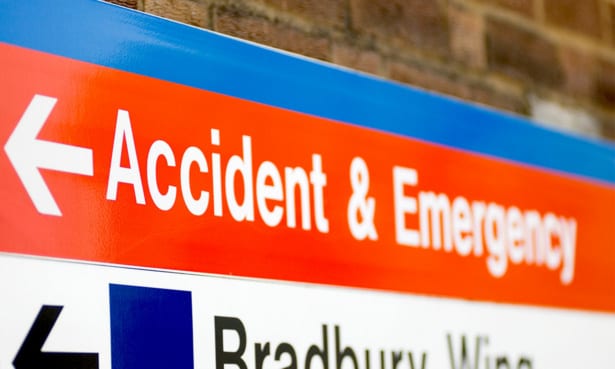 NHS guidelines state what hospital users should be able to expect when parking at hospital. These principles are:

Unfortunately, not all trusts appear to have put these principles into practice. Parking rules vary between hospitals and it’s not always clear what they are.

One in 10 of our survey respondents said they were confused by hospital parking rules and weren’t able to pay in the way they wanted – many told us they’d been caught without cash during an emergency visit.

Many trusts do now use smartphone apps such as Glide, PayByPhone and RingGo, but it’s also important that a range of options is available. Not having the option to pay with cash could risk leaving the less digitally able behind.

Freedom to pay – our campaign to protect your access to cash 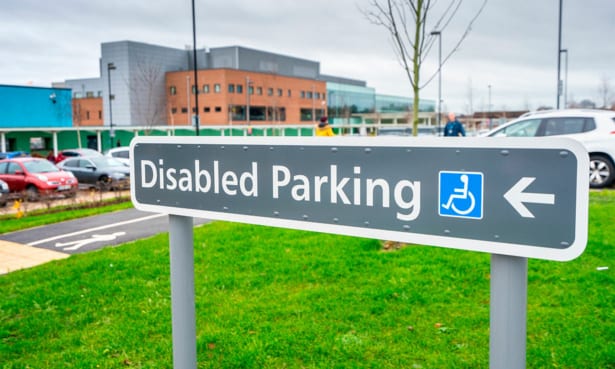 Rules vary from hospital to hospital, but many patients can get help with the cost of hospital parking, so it’s worth checking if you can.

The Patient Liaison Service (PALS) at your hospital should be able to help and trusts should also publish this information online.

Here are some of the most common concessions available:

Loneliness is still a problem for older people as lockdown eases

Coronavirus: where and when do you need a face covering?