Imagine you receive a letter from a car insurer. It thanks you for taking out a new policy. But there’s one small problem. You didn’t buy this insurance, and you don’t own the vehicle that’s being covered by it.

We’ve heard dozens of stories like this from Which? members who have discovered that some aspect of their identity has been woven into a stranger’s car insurance policy.

Sometimes, that stranger is themselves a victim of a type of fraud known as ‘ghost broking’, and has been conned out of hundreds of pounds.

Here, we investigate the rise of ghost broking and offer advice on how to spot a scammer.

Ghost broking: how the scam works

Ghost brokers are fraudsters who claim to be able to obtain car insurance at knock-off prices, in exchange for a fee.

In some cases, victims are simply sold fake insurance documents for a policy that doesn’t exist.

In others, a real policy is purchased, but with some of the driver’s details changed to lower the price. The paperwork is often doctored to disguise this.

If the policy was bought this way, the car will appear insured – temporarily at least. But if the driver ever tried to claim, the fraud would quickly become apparent, nullifying the cover.

What’s more, if the ‘broker’ hadn’t supplied the driver’s genuine contact details, the driver won’t hear if the policy is cancelled. Sometimes, ghost brokers will cancel it themselves after a month or two, and pocket the refund.

The insurer may also cancel it if it becomes suspicious or if payments stop. Either way, by the time the driver learns they’re uninsured, the fraudster will be long out of the picture.

According to stats from the London Metropolitan Police, victims who fall for a ghost broking scam lose an average of £1,209.

As well as needing to pay for new insurance, they risk being fined, receiving points on their licence, and paying higher premiums in the future.

And indications are that this type of fraud is on the rise.

Last year, Aviva alone nullified more than 3,100 policies and quotes linked to ghost broking, and as of January this year was investigating 4,000 additional cases.

The Insurance Fraud Bureau – an organisation funded by insurers to tackle fraud – told us that at the end of last year, ghost broking accounted for a third of its 65 ongoing cases.

We spoke to the insurer LV, which also pointed out an often overlooked detriment that ghost broking can pose to the wider public: ‘[The scam] facilitates potentially hazardous drivers on our roads, when they may have been otherwise unable to obtain legitimate insurance because of serious issues in their driving record.’

‘This increases the general risk of accidents and can add to premiums drivers pay generally.’ 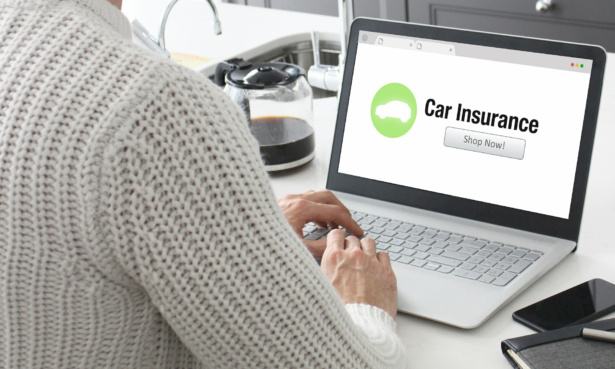 Between November 2019 and January 2020 we tracked 40 Instagram profiles that touted cheap insurance and appeared to be run by scammers.

Many made concerted efforts to look like established, thriving businesses, and some offered supplementary services such as bogus no-claims bonus (NCB) certificates, the ability to ‘remove speeding points’ and release cars from the police pound.

In January, we reported the profiles to Instagram. A spokesperson told us that it proactively fights against this type of activity and invests heavily in technologies to identify and remove it.

It said it investigated the accounts in question and removed those that were found to be violating its guidelines.

Shortly after sharing our findings, 37 of the 40 profiles disappeared from the website.

While we were tracking the profiles, we contacted several ‘brokers’, posing as a 20-year-old inexperienced driver.

The cheapest quotes we’d gathered via comparison sites came out at around £1,500, but two of the ‘brokers’ we spoke to offered suspiciously low prices of £576 (for a Provident policy) and £837 (Sheila’s Wheels), respectively.

It was apparent from the quotes they shared with us that both brokers had simply used comparison site MoneySuperMarket.

Surprisingly, the first broker (£576) readily admitted that they’d changed our address, but insisted: ‘Everything is legit, your details, car and licence details [are] correct.’

They downplayed the significance of the false address, promising that Provident wouldn’t ‘bother’ us about it.

The second broker (£837) made more effort to convey a sense of propriety. We were referred to their ‘business partner’ on the messaging service WhatsApp, who sent us more detailed screenshots of our details entered accurately into MoneySuperMarket. 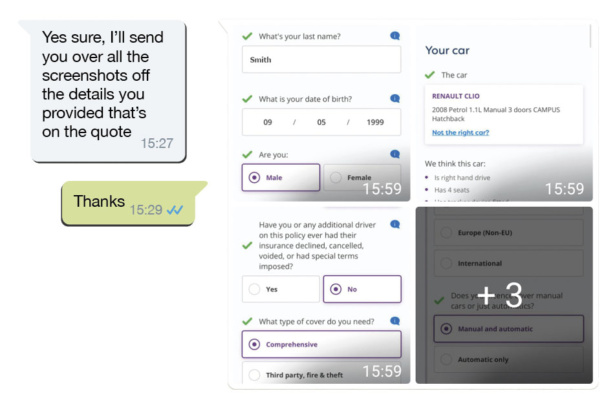 We asked how this broker was able to get better prices than we could.

They answered: ‘I work with a lot of brokers and every year I invest into promotions and I then receive up to 40% off from any quotes given from MoneySuperMarket.’

This was nonsense, but clearly intended to give a veneer of credibility. 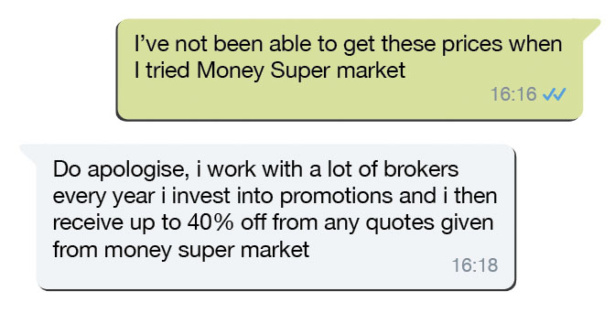 To better understand the tactics fraudsters use, we paid the first broker a £250 ‘admin fee’ and were given login details to the MoneySuperMarket profile they’d constructed for us – although the broker tried to convince us beforehand that we should let them ‘process’ the policy themselves.

This would mean giving the fraudster our card details so they could buy the policy on our behalf.

When we checked the profile, it was quickly apparent that more than our address had been changed.

Among other things, a fictitious middle-aged named driver had been added, with whom we were apparently in a common-law relationship. They’d also changed the date we’d purchased the car, reduced its value significantly and invented various details about our driving habits.

The second broker – who was generally less transparent – wouldn’t allow us to complete the purchase ourselves.

Instead of going ahead, we contacted MoneySuperMarket and an insurer on its panel to see if this broker had run quotes using our actual details. We learned that at least one of the screenshots the broker had shown us, to ‘prove’ their good faith, was fabricated.

Among other factors, they’d amended our date of birth, added a no-claims bonus, and changed the car’s purchase date and mileage.

Step-by-step: the art of a car insurance scam

We found numerous ads on Instagram from ‘brokers’ promising to secure quality insurance at unbelievable prices.

Some emphasised the legitimacy of what they offer, while others boasted of their talents at covering the difficult to insure. 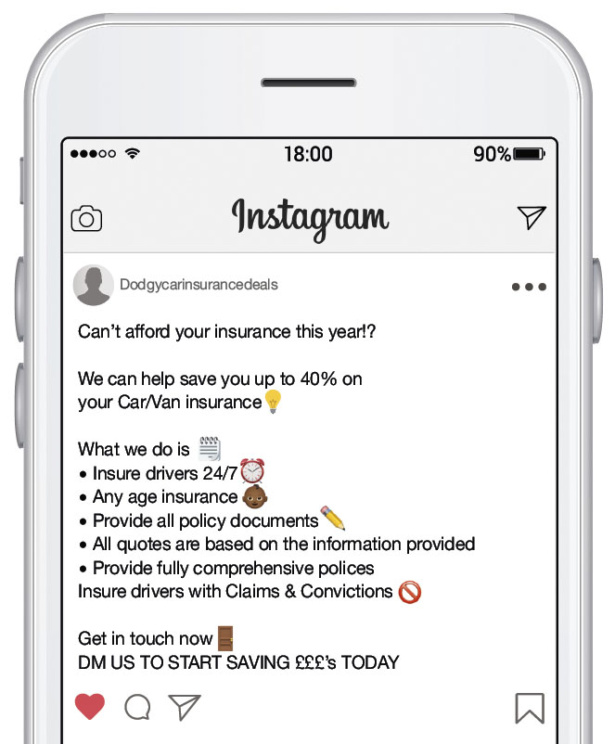 You give your details and get a quote – just as you would with a legitimate broker or insurer. 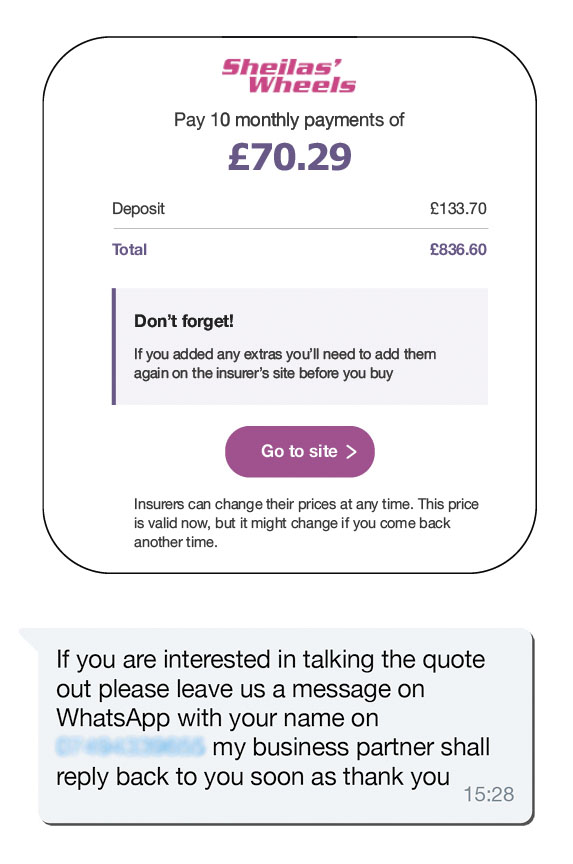 You may be allowed to ‘check’ how the quote was arrived at – usually via screenshots. These can be convincing but are easily faked, and probably won’t give the whole story.

If you’re having second thoughts, the ghost broker will have ways of assuaging doubt. This might involve dazzling you with jargon, or confidence.

You’ll need to pay an ‘admin fee’ either before or after the policy is set up. Some brokers will part company with you from here. Others will be more controlling – buying the policy on your behalf and forwarding you the paperwork.

Fraudsters will be keen to assure you they can be trusted, sometimes by not asking for their fee until after you receive your policy documents, or the car shows up as covered on the Motor Insurance database. Neither of these prove that the policy won’t unravel. 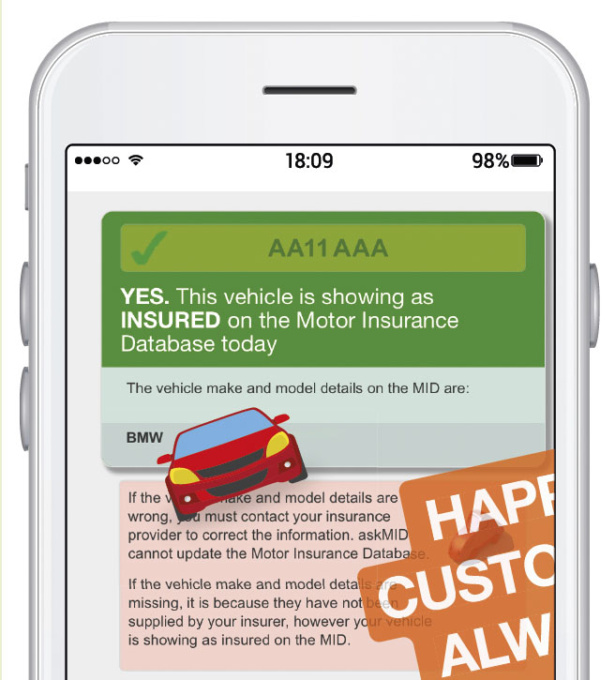 Sticking around under the same guise for more than a few months can be risky for a ghost broker, and setting up new online profiles and switching phone numbers is easy.

So if problems subsequently arise with your policy, you’ll be hard pushed to track the broker down.

To bring down the price of the policies they arrange, ghost brokers will often falsify any details that have been pushing up the cost, such as the driver’s age or claims history.

But some of the details that are substituted for the driver’s own (such as address) will almost inevitably be those of real people.

Late last year, we asked Which? members if they’d received suspicious correspondence from insurers, and heard back from 50 with examples highly suggestive of insurance fraud.

One member, from Halifax, told us that over the course of a week in 2018 he’d received ‘Welcome’ letters from four different firms.

Others told us they’d had difficulty putting an end to these policies, despite telling the insurers their details had been falsely used.

It’s concerning that at least 13 of the 50 discovered that insurance had been purchased not just using their addresses, but also in their name.

One, from Bedfordshire, had seven such policies taken out in his and his wife’s names in 2017, and was chased persistently by one of the insurers for money it said they owed.

Another, from Woking, was informed by an insurer last year that a fraudster had attempted to exploit his personal details to open a policy – only to find out a few months later that an account on a betting website had also been set up in his name.

How to protect yourself against ghost broking

Ghost brokers set out to target vulnerable groups such as young, inexperienced drivers and those whose first language isn’t English.

The facades used by ghost brokers aren’t especially difficult to unpick, as some basic checks expose most as sham outfits.

Yet often, a few simple tricks of presentation or turns of phrase can be used to a powerful and persuasive effect.

Several of the ghost brokers warn, for example, against ghost broking.

Telltale signs of a ghost broker

If you’re unsure whether the company you’re dealing with is real or not, look out for these telltale signs:

If your details have been used by a ghost broker

If you’ve received suspicious correspondence from an insurer relating to a policy you don’t own, it’s possible that a fraudster has used some of your details.

This doesn’t mean they have anything more compromising than your address – so don’t panic – but you should do the following:

Listen to the Which? Money Podcast

In this week’s episode, we interview two drivers whose details were used to help facilitate insurance fraud. We also travel to Aviva’s offices in Glasgow to speak to its head of fraud, Tom Gardiner, about scammers’ tactics.

You can listen to the podcast below: 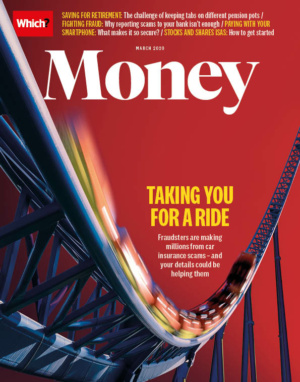 The full version of this investigation originally appeared in the March edition of Which? Money Magazine.

Try Which? Money for just £1 to get April’s edition delivered direct to your door.

Sim-swap fraud: how criminals hijack your number to get into your bank accounts