Garmin’s latest premium dash cam is the ideal choice if you want to record the road ahead while also capturing what’s going on inside your car, using its new ‘interior lens’.

Unlike many front and rear dash cams, that aim to record the road ahead of your car and behind it, this model’s rear facing lens is an interior one. This means you can record what’s happening in your car with its extremely wide 180-degree angle.

It doesn’t come cheap though – the Dash Cam Tandem will set you back £300.

We’ve taken a deep-dive into what this dash cam has to offer to let you know whether it’s worth paying top dollar for. We also outline the different types of rear-facing camera and how they work.

Discover our top dash cam picks in our round-up of the top five dash cams for 2020. 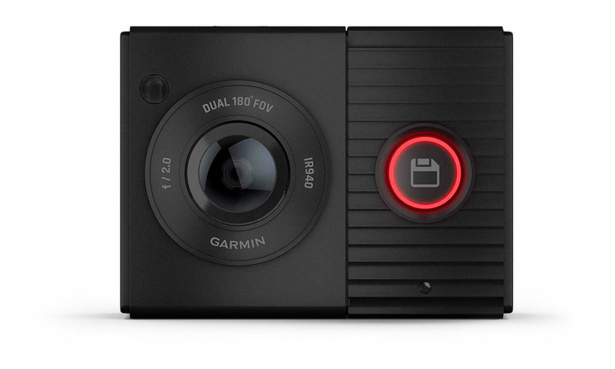 One of the biggest USPs of this dash cam is its interior lens. This lens, also called a ‘cabin view camera’ on the Nextbase series 2 dash cams, allows you to record what’s going on inside your car.

So whether you’re a cab driver who wants to keep an eye on what’s going on in the back, or you’re using a company car and want the insurance of having footage of the inside and outside of the car, the Dash Cam Tandem is a practical choice.

It’s important to ensure that you’re abiding by the law when recording passengers. We tell you how in our guide on dash cams and the law.

However, for many drivers, capturing the inside of the car may be less valuable than recording what’s going on behind the car. And the interior focus of the Tandem’s rear lens means it’s unlikely to pick up much detail on this.

To capture what’s going on behind the car, as well as in front, you might want to consider a dash cam with a rear camera that captures the view through the rear windscreen – read on for more on these.

The Dash Cam Tandem has an impressively wide recording angle. Typically, dash cams record with a 130 or 140-degree view, but with 180-degree front and rear lenses, the Tandem effectively offers a 360-degree view showing what’s going on ahead of and inside your car.

Another attractive feature is its voice assistant, OK Garmin. This lets you use voice commands to save a video, take a picture and start or stop recording audio.

This dash cam’s packed with fancy features, but is its footage clear and detailed enough? We put the Garmin Dash Cam Tandem through our tough road tests to find out.

What type of front and rear dash cam should I buy? 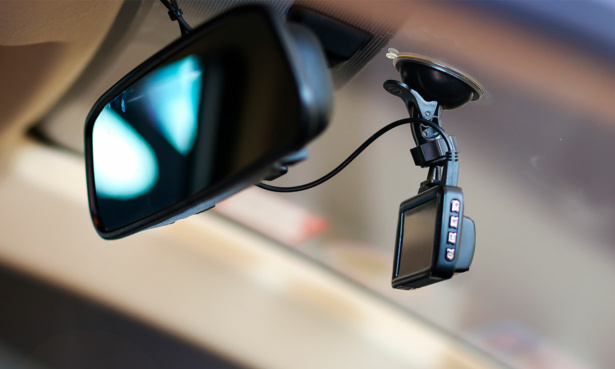 As the name suggests, all front and rear dash cams capture footage in front of and behind the device. But while all front-facing dash cams will record what’s going on outside the car, what the rear camera captures will depend on the type of dash cam.

There are three types:

Do I need a rear dash cam?

The biggest perk of having a rear dash cam, as well as a front one, that captures what’s going on outside the car is that you get the same protection on both ends of your car. If, say, you get bumped from behind while you’re parked or stuck in traffic, it’s all caught on camera.

Recent research by car parts retailer Euro Car Parts found that nearly a third of UK motorists would drive away if they damaged another car while parking. This demonstrates the potential value that having all-round exterior dash cam coverage could bring.

Some models come with a rear dash cam as standard; with others you will need to buy a rear dash cam separately. For example, the Nextbase 322GW, 422GW and 522GW all come with the option of buying a rear camera module for £49.

Still undecided? Read more in our guide on whether you should buy a front and rear dash cam.

How much should you spend on a front and rear dash cam?

On average, front and rear dash cams (both dual-lens versions and separate front and rear cameras that are sold together as standard) are around 10% more expensive than their single lens counterparts. This doesn’t seem unreasonable considering that you’re effectively getting two dash cams for the price of one. 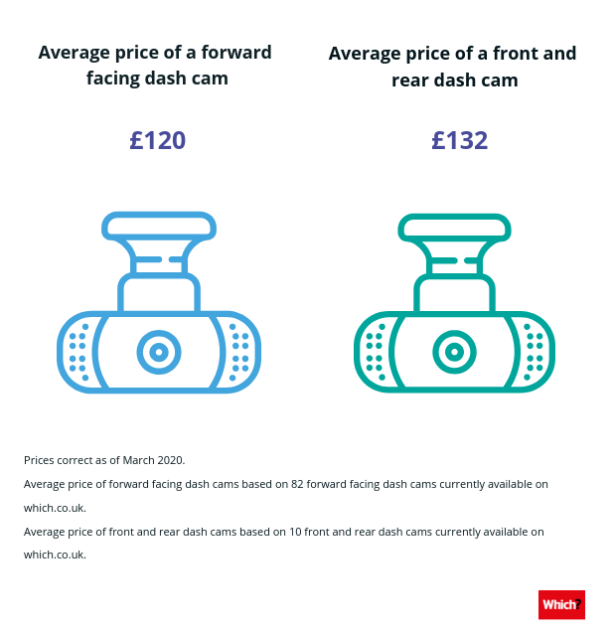 Don’t assume you’ll always get a better deal by buying front and rear dash cams bundled together though. In some cases, as with the Series 2 Nextbase dash cams, you can rear lenses separately after your initial purchase.  Not all of these dash cams are expensive.

Which? has tested front and rear dash cams for less than £50 that manage to deliver reasonably sharp footage.

And ultimately no dash cam – front or rear – will be worth its salt if it doesn’t take clear, high-quality recordings.

To see the full range of dual lens dash cams we’ve tested, and find out which ones hit the mark in our tests, take a look our front and rear dash cam reviews.