From ‘cosy’ bedrooms with no room for a bed to ‘spacious’ lounges where you trip over the furniture, we’ve all got stories of estate agents over-egging the pudding to sell a property.

That’s why it’s important to find out how big a home really is before stepping out for a viewing, and how much house you are getting for your money.

Here, Which? analyses new research that shows what’s happening to house prices by the square metre, and offers advice on how to see beyond the tricks of the trade.

The average asking price of a home in England and Wales is now £2,954 per square metre, according to a new report by the property portal Rightmove.

Rightmove analysed more than nine million Energy Performance Certificate records (to calculate the average size of houses in an area) alongside the average asking prices of 1.2m property listings of houses in England and Wales.

Its analysis found that asking prices per square metre have increased by 19% since 2015.

Perhaps unsurprisingly, London has the highest asking prices, averaging £6,219 per square metre. At the other end of the table, the North East of England averages just £1,568 per square metre.

Where to find the best and worst value for money

At a more local level, all five of the most expensive postcodes are in Greater London.

St Albans is the only place outside of the English capital to make the top 10, with average prices of £5,582.

The five cheapest places per square metre are all in the North West or North East of England, with averages of less than £1,600.

The only exception in the cheapest top 10 is the Welsh city of Swansea, where the average asking price is £1,661 per square metre.

Are houses getting smaller?

So why is price per square metre important? Quite simply, because houses are getting smaller by the decade.

Data from the new-build warranty provider LABC shows that the average living room is now just over 17 square metres – that’s down 1.64sq.m in the space of a decade.

The average master bedroom is 13.37 square metres – down 0.3sq.m in the same period.

The data from LABC also shows that the average number of bedrooms in a British house (2.95) has dropped below three for the first time ever.

The graph below shows how the average house size has fallen since its peak in 1970.

Micro homes are growing, but not in size

If you’re looking to buy your first home in an expensive area, such as London, you might have come across some ‘micro homes’ on your search.

We define micro homes as properties that are smaller than 37 square metres – the national standard minimum size for a studio flat.

At this point, it’s important to note that this minimum size is a guideline rather than a law.

For example, a quick search on Rightmove brings up this new-build studio flat in the Docklands area of London. It’s priced at £425,000, but measures just 32.79 square metres.

If you’re considering buying such a small property, think twice.

We found that, while micro homes can be cheaper than bigger properties, they don’t necessarily hold their value as well, and mortgage lenders may be reluctant to offer loans on the tiniest properties. 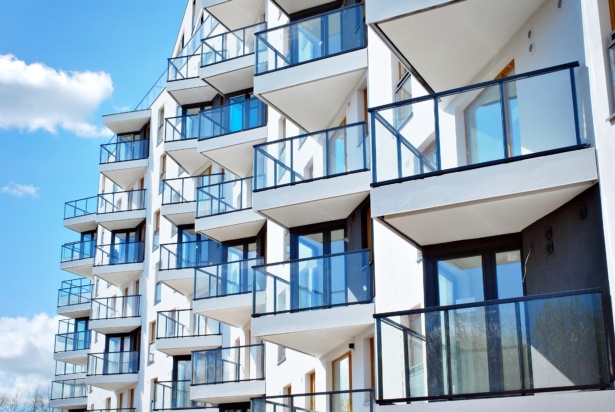 Viewing a home: things to watch out for

Sellers are always advised to declutter and make the most of the space on offer to tempt buyers, but when it comes to new-build properties it can be harder to tell what’s real and what’s an illusion.

You can find out more about the tricks of the trade in our guide to viewing a show home.

How to find out how big a property really is

All homes listed for sale need to have a valid energy performance certificate (EPC), which rates the energy efficiency of the property.

The EPC must also detail the floor space in the property in square metres. You can find the total floor area of a property in the top right-hand corner of the front page of the EPC, as shown below.

Estate agent listings often feature a floor plan of the property, which should outline the size of each room and the overall size of the property in square metres.

Floor plans are created by estate agents and developers to give buyers an idea of the size and layout of the property, so they can decide whether or not they want to view it.

A floor plan isn’t legally binding, so don’t take it as gospel.

If you’re thinking of buying, the old-fashioned method of taking a tape measure to the viewing might be the most foolproof way of finding out how big a property really is. 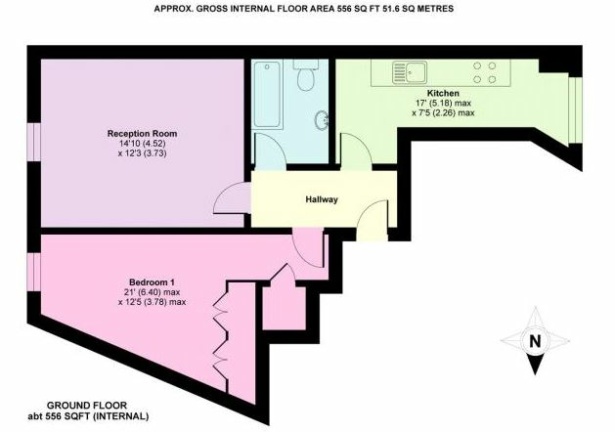