Not even a global pandemic can slow the annual march of new TVs launching. Samsung is first out of the blocks with several of its high-end QLED models appearing and while high street stores may be shut you can still buy online.

But should you? Is it better to stick with the TV you’ve got, or save a bundle by buying a 2019 model instead?

We’ve cast our expert eye over the new releases from Samsung and compared them with the TVs they are replacing to see if there’s enough new stuff to justify the extra expense.

Hundreds of 2019 TVs are still available at low prices, so take a look at all our 4K TV reviews to find your perfect set.

Cheaper 8K TVs and more of them

Samsung really wants you to buy one of these, so much that they will give you a free Frame TV if you buy one before April 7. The Q800T models are the cheapest, with the living-room friendly 55-inch one starting at £2,999, which is cheap for an 8K set. And we expect that price to plummet in the coming months because TV prices almost always do.

The fancier Q900T and Q950TS 8K ranges are understandably more expensive, but the real difference is in design rather than spec. The Q950TS has one of the smallest bezels we’ve seen on a TV and the effect is impressive as there’s no frame around the picture. There’s no 55-inch model though; sizes start at 65 inches.

The relatively low cost of the 55-inch Q800T means it’s just £700 more than the equivalent top-of-the-range 4K QLED, the Samsung Q95T. That doesn’t necessarily mean you should buy one, and while we will likely test the 800T in 2020, we can’t yet say whether its boost to 4K content, which is claimed to upscale it somewhere close to 8K, makes it worth the extra expense.

How much more will you pay for a new QLED?

All prices are for 55-inch models.

The Q95T and Q90T are the successors to the Q90R range from 2019. Both the new ranges appear very similar on paper, but the Q95T has an extra 85-inch size and the separate connections box, which means all the HDMI and USB ports are in a box you can tuck away out of sight. The Q90R also has this separate connections box. It’s a brilliant idea. Rather than having numerous thick black HDMI cables dangling behind your TV there’s just one almost transparent thin cable. 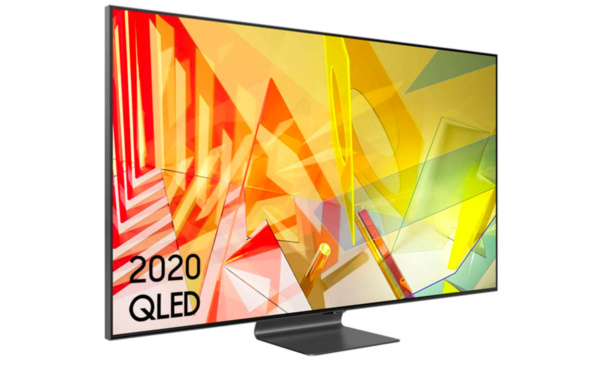 These new features don’t account for the numerous tweaks Samsung will have made to the operating system and overall picture quality, but two (adaptive picture and OTS) could mark a real improvement. TV speakers usually point down sending audio under the screen and while this doesn’t necessarily lead to bad sound there can be a disconnect between sound and picture. OTS should bring more harmony to these two core functions of a TV.

As we approach the summer months, the new ‘very bright’ calibration on the adaptive picture should help you see a clear, balanced picture even when the sun is beaming through your windows.

Are these features worth paying more for?

The 2020 and 2019 models are 4K, support the same HDR formats and have full array of backlights for improved contrast and brightness control. So on paper it looks like going for the older 2019 model is the way to go and while Samsung is bound to have tinkered with other aspects of the TV that aren’t so easily summed up by a new feature with a catchy acronym, we won’t know how significant an improvement they make until we test the new TVs later this year. There’s also the risk that tinkering will make things worse – not all changes are for the best.

Read our reviews of the entire Q90R range to see which are worth buying.

How the mid-range QLEDs have changed 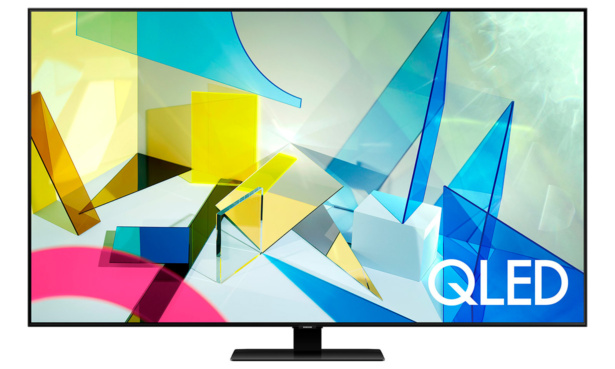 The Q80T range is due to replace the Q80R and you’ll be spending £600 more for the 55-inch set. That’s a sizeable chunk of change, so what exactly are you getting that’s new?

The list of new features is the same as those on the high-end QLEDs and you may be wondering why anyone would bother with a Q90T. It’s tough to quantify the difference between ranges before we test them, since so much of the work is technologically complex and best seen rather than explained. Our lab experts spend hours in front of these TVs and can really see where these unannounced improvements make a difference.

Sometimes we don’t notice a vast difference between high-end sets and more mid-range ones, which is excellent news since you can spend less.

As for whether it’s worth paying more for one of the new Q80T sets, our conclusion is much the same as it was with the Q90T. We rarely see seismic improvements in TV ranges year to year. There are exceptions of course –  LG’s first batch of OLEDs didn’t sound too good, but the following year the audio improved significantly and they ended up being some of our top scorers.

It’s possible the Q80T will knock our socks off, but OTS aside, the new features aren’t likely to move mountains. The quality of its predecessor is a major factor here, too, and you can read our reviews of the Q80R range to see if they are a tough act to follow.

Buy now or wait for the 2020 models to get cheaper?

The start of the year is always a great time to buy. The annual nature of TV releases means there isn’t really time to introduce significant changes. There are exceptions, such as the introduction of OLED displays and jumps in resolution, but generally the quality of ranges is consistent year to year.

If you like the look, or sound, of any of these new features don’t buy them now. Wait a few months (at least until October or November) and the prices will have fallen by hundreds of pounds.