Bank branch closure rules are merely box-ticking exercises that do little to protect communities from the impact of branch losses, Which? Money reports, as a further 247 closures are due in 2020.

The UK’s bank branch network has shrunk by a third in the past five years.

TSB is set to close the most branches this year (82 in total), followed by Barclays and HSBC, which are removing 59 and 28 branches respectively. Virgin Money is restructuring the newly acquired Clydesdale Bank network by closing 22 branches and consolidating 30, while Lloyds Banking Group has paused its plans to axe 56 branches in 2020 as a result of the coronavirus pandemic.

All banks must adhere to the Access to Banking Standard – specific guidelines for what to do before, during and after closing a branch – yet our investigation has uncovered gaping holes in this process, with poor communication from banks and a woeful lack of engagement.

Saving the last bank in Balfron 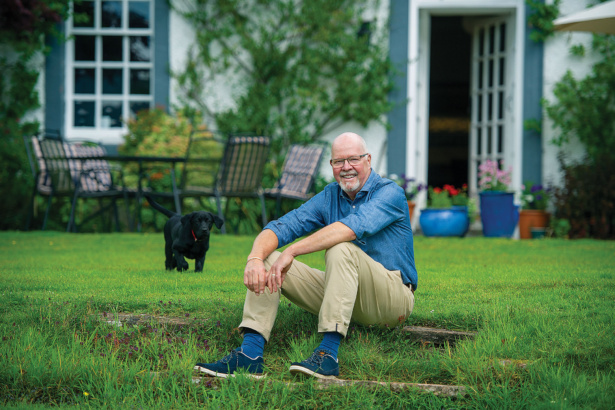 Persuading any bank to reverse its decision to close a branch is a monumental feat. HSBC, Lloyds Banking Group, Santander, the Co-operative Bank, TSB, and Virgin Money told Which? they’ve never reversed a closure decision.

NatWest Group (including RBS and Ulster Bank) and Barclays refused to comment but have closed 651 and 386 branches respectively since August 2017 – when the Access to Banking Standard was introduced.

In August, Bank of Scotland is set to close the last branch in Balfron in West Stirlingshire, Scotland, although plans are on hold due to the pandemic. Colin Cameron (pictured above), chair of Balfron Community Council, has been unable to arrange a meeting with a representative of the bank, despite written support from other community councils, local councillors and the local MSP.

‘There are no other banks in the whole Strathendrick valley, the Killearn branch having been closed several years ago,’ says Colin. ‘I raised the possibility of running a community operation out of the building along with the library and registry office (both in separate buildings), but I need to be able to talk to Bank of Scotland to at least explore this idea.’

Balfron is a rural community that still relies on cash, with a high proportion of older people and very limited public transport options. Bank of Scotland plans to offer a mobile service, but no timetable has been given of when, for how long or where it will be based.

Parking in the village is already at a premium, and the local Post Office is ‘tiny, has no disabled access, no confidentiality, and if more than three people are queuing it’s full’.

Alyn Smith, the Scottish National Party MP for Stirling, is in no doubt that the time for reform has long since passed:

‘I’m sensitive to the reality that the bank finds itself in, but the bank, particularly this branch, is providing considerable social services. I don’t get the sense that there is much meaningful dialogue, although banks are willing to go through the motions. I’m not hostile to change, but this is a national failure of regulation and provision.’

Why bank branch closure rules are not fit for purpose

We found that banks aren’t meeting even the basic requirements of the Standard.

They must contact affected customers about closures at least 12 weeks before, yet when we asked 5,116 Which? members in May 2020 about their recent experiences of losing branches, only 53% said they had been proactively informed of the closures.

Members who banked with Bank of Scotland, HSBC and Halifax were the least likely to have been informed about closures. Of the rest, 17% said that they saw a poster or were told by staff in branch, and 48% only found out after their branches had already closed.

When we put the same questions to the Research Institute for Disabled Consumers (RiDC) panel (275 people) only 58% of those who had been affected by recent branch closures said they had been proactively informed by their bank.

Banks must also publish reports known as ‘impact assessments’ in branches and on their websites, detailing the reasons behind the decision and advising customers on alternative services in the area.

When we asked survey respondents if they had read these, only 9% of members and 12% of RiDC panellists said yes. Some 55% of our members had never heard of impact assessments (62% of RiDC panellists); those who held accounts with HSBC and RBS were most likely to say this.

Even those who do read impact assessments will quickly realise that they are of little benefit in their current form. For example, several banks list how many ‘regular’ customers use the branch, yet the definition varies wildly from one provider to the next.

For Lloyds Banking Group, this is strictly the number of customers who carried out a transaction at the counter or self-service machine in 11 out of 12 months in a 12-month period, while RBS considers a regular customer to be someone who uses branch services at least once a week over a six-month period.

Although the Standard – supervised by the Lending Standards Board (LSB) – was set up with good intentions, banks don’t explicitly have to consider the profile of the local population or make it clear that they have considered vital issues for communities, such as:

Banks must report on feedback from customers and local stakeholders but it’s clear that many people are wholly disengaged with the process.

For example, Santander specifically shares how many responses it receives when it writes to customers about planned closures – but among the reports we looked at, responses as a percentage of letters sent out by the bank ranged from a paltry 0.02% to 6.5%.

Even if community groups and politicians do kick up a fuss, banks aren’t compelled to do anything other than make a note of this and point them to basic banking services at the Post Office.

While there is no doubt that Post Offices have offered many rural communities a lifeline when branches close, enabling them to pay in cash and cheques, withdraw money and check their balance, they don’t offer anything close to a like-for-like replacement.

You can’t do the following: open or close an account; make bank transfers; register Power of Attorney or grant of probate; request a replacement card; or lodge a complaint.

Innovation isn’t on the cards – Post Office banking director, Martin Kearsley, told a Treasury Select Committee in 2019 that it doesn’t set out to replace a bank and warned that its network would become ‘utterly inoperable’ if postmasters were expected to become financially regulated.

Significantly, banks never step back in if the local Post Office closes, leaving communities with no physical banking services at all.

What should banks do before closing a branch?

The Lending Standards Board (LSB) says that, while it can accept feedback from the public within its role, it can’t provide any remedies as it’s not a complaints body.

Banks must hold an internal consultation to weigh up the potential impact on the community, before informing affected customers of planned closures. Here’s what you can expect before a branch is closed:

Which? campaigns to protect cash

Which? has campaigned to protect cash for people hit hard by bank branch and ATM closures since 2017.

Earlier this year, the government committed to introducing new laws to ensure that everyone who needs cash can continue to access it. The Financial Conduct Authority has also proposed guidance for banks which are planning to close a branch or cash machine – a recognition that the existing process is simply not up to scratch.

Banning banks from removing the ‘last branch in town’ could be on the cards, although this may have unintended consequences if banks race to the bottom to avoid being the last branch standing.

There is also mounting pressure to consider neutral banking centres or ‘hubs’, where multiple providers pool their resources to offer counter and ATM services under one roof. If banks can’t justify the cost of running branch networks, they need to innovate beyond the Post Office.

Which? is now calling on the FCA to act on the weaknesses in the closures process it has identified, and be prepared to take action if decisions taken by banks lead to communities being cut adrift from essential banking services.