Banks have closed down thousands of high-street branches over the past three decades and instead ploughed millions into the Post Office to serve people’s basic banking needs. But customers are uncomfortable embracing the Post Office as the alternative to a physical branch, new Which? research reveals.

The UK has lost almost two-thirds of its bank branch network in the past 30 years, leaving a fifth of households more than three kilometres from their nearest current account provider.

Although the Post Office is uniquely positioned to take up some of the slack – with a network that dwarfs that of the major banks and building societies combined – consumers have told Which? they are not yet convinced that it can offer a suitable alternative to bricks-and-mortar banks.

In this investigation, find out:

To better understand the scale of branch closures, we mapped network data from all current account providers* in the UK.

Between them, these banks and building societies have only 7,586 branches left in the UK. Thirty years ago, Parliamentary figures put the total at 20,583, although these figures are not directly comparable.

Our exclusive map, below, reveals the growing lack of access to banks in the UK, and the areas hit the hardest.

You can also use our unique branch closure checker to find out which banks are shutting down branches in your local authority. 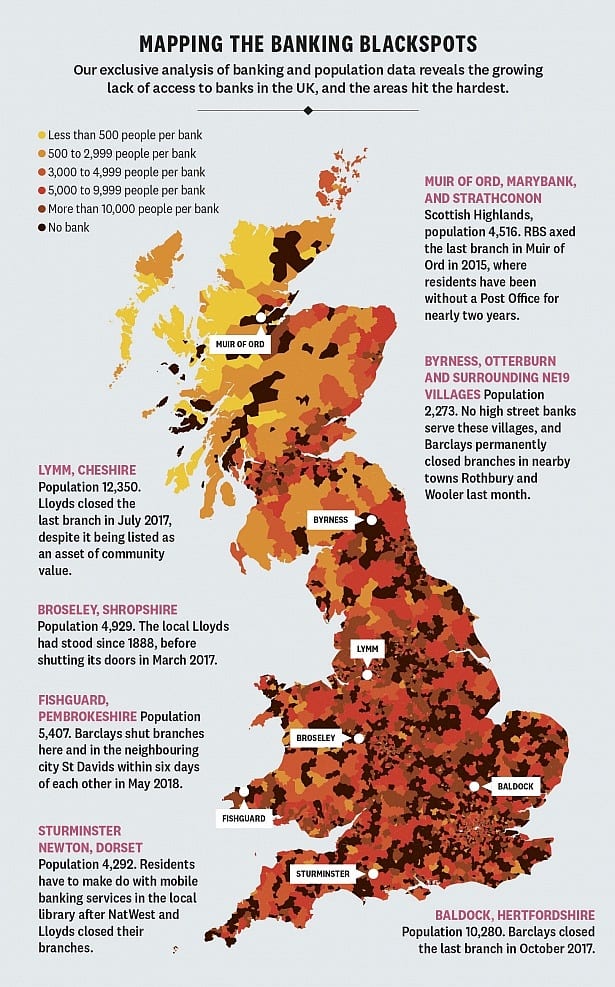 Do we still need bank branches?

While overall branch footfall is in decline, most people still use physical branches. Almost nine in ten (86%) told us they’d visited a bank branch at least once in the past year, in a nationally representative online survey of 2,049 GB adults in September 2018.

When we asked about the impact of branch closures, eight in ten (83%) said branches should stay open for those who are unable or unwilling to use alternatives, while three quarters (77%) said we need branches in case there are technical problems with digital alternatives.

These concerns are fair – a red-faced TSB locked up to 1.9 million online and mobile customers out of their accounts following a botched IT upgrade earlier this year, while Barclays, HSBC and Royal Bank of Scotland Group (RBS) have all experienced outages in recent months.

For more on the effect of bank branch closures on communities, watch the video below:

Yet only 55% of adults are aware that they can use post offices for banking, and 47% are unlikely to do so in the future.

This mirrors findings from Citizens Advice, the body that resolves disputes between consumers and the Post Office.

‘And of those who did know, only about one in two said they’re using them. We want the government, the Post Office and banks to raise awareness, and help improve the banking services post offices offer, to ensure they meet consumer needs.’

The list of what you can’t do is substantially longer – whether transferring money from your account (29% of adults had done this in the past year), or seeking advice and making enquiries about savings (12%); current accounts (9%); credit cards (5%); mortgages (4%); and personal loans or investments (3%).

Banks themselves usually demand that customers call into a local branch for anti-fraud checks, or to make an appointment to discuss more complex matters and important legal documents, such as lasting power of attorney or grant of probate.

None of these tasks can be completed at the Post Office. 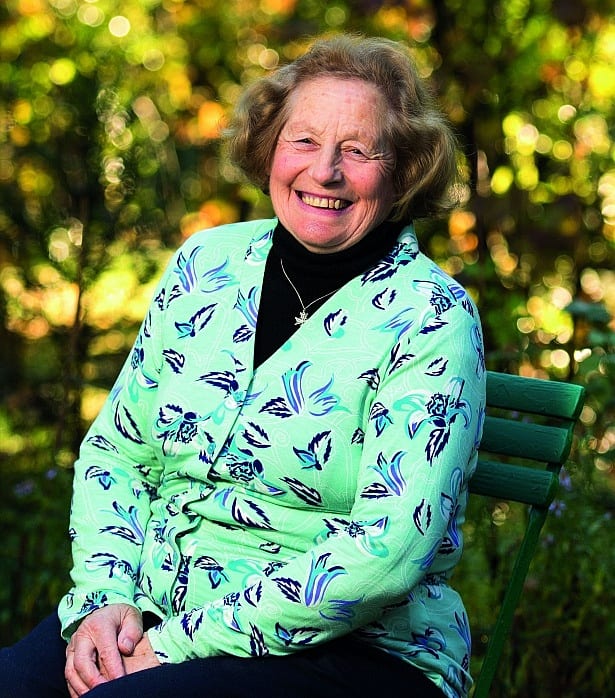 Which? member Ann Smith, from Purley in Surrey, said the closure of her local bank branch last year has had a major impact on the way she banks:

‘The reason given was a reduction in customer footfall, but I had never gone into the branch when there was no queue. I think the real reason was the high business rates imposed by Croydon council.

‘While post offices meet the need for access to cash – a need that online banking doesn’t meet – other transactions can’t be undertaken there. Telephone banking has proved to be of only limited use. It’s nonsense to claim that people don’t need branches anymore.

‘Despite its sentimental radio and TV ads, I feel my bank doesn’t really care about its customers. Many of us feel that our loyalty has been for too long taken for granted and are taking our hard-earned savings elsewhere.’

When we asked people who are unlikely to use the Post Office for banking to explain their reluctance, six in ten (59%) said they simply prefer to deal directly with their bank. And more than a quarter (28%) were worried about staff lacking expertise in financial services.

Others voiced concerns that post offices have long queues (42%) and aren’t private enough to deal with personal finances (32%).

With only 262 directly managed Crown branches left, an increasing number of post offices are situated inside newsagents, convenience stores and retailers such as WHSmith. And the number of mobile outreach services – which are hosted in vans, village halls and local pubs for a few hours each week – has soared from 938 in 2010 to 1,518 today.

The Post Office told Which? that it takes its responsibility to bring vital services to local communities very seriously – and that customers speak highly of its outreach services.

But we believe that this goes some way to explaining the perception that post offices aren’t always suitable for financial transactions.

A solitary counter in a corner shop or the local boozer isn’t many people’s idea of a private or personal service, not to mention a potential barrier to those who rely on car parking spaces, wheelchair access or seating, which smaller retailers are less likely to have.

What are banks doing?

Banks are taking steps to help customers most affected by closures, for example, NatWest and Royal Bank of Scotland deploy ‘Community Bankers’ – professional bank staff who travel to areas with no branches and meet customers in shared local spaces, such as libraries, council buildings or leisure centres.

Both RBS Group and Lloyds Banking Group have invested in fleets of mobile vans to bring limited banking services to the most underserved or remote areas.

Measures to help customers adjust to the changing face of banking are welcome, but bank branches remain vital for many.

With many communities potentially struggling through the double blow of bank and cashpoint closures, Which? believes action is needed to ensure people aren’t financially excluded and denied access to cash, which millions still rely on.

Our data combines branch data with 2011 populations in UK postcode districts. We also compared branch data with the lowest-level population statistics available, which relates to small areas containing 50-100 houses. We measured the population-weighted centre of these areas to the nearest branch, as the crow flies, providing the best estimate of how far each household in the UK is from its nearest bank. The branch data was obtained directly from banks and from publicly available records they have maintained.