The coronavirus pandemic has rendered many aspects of everyday life, from shopping to meeting friends, unrecognisable.

With lockdown restrictions now beginning to ease, we’ve taken a moment to look back at the first 80 days of lockdown as charted by the Which? coronavirus tracker survey, which was carried out in five waves between late March and early June.

It tells the story of people’s lives and experiences during the first few weeks of unprecedented changes brought about by the pandemic.

Read on to find out how and why the country changed, and to get our latest advice on staying safe if you’re heading out to the supermarket or the high street.

Panic buying peaks ahead of lockdown

Are you concerned about the negative impact of coronavirus on the following?

It seems like an age ago now, but back in mid-March, our supermarket shelves were empty.

In fact there were 15 million more supermarket visits in the week to 17 March compared with the same week a month earlier, according to market analyst Kantar. People were panicking.

More than two in three of those we surveyed between 20 and 23 March said they were concerned about the availability of food, a stat that would have been unimaginable before the pandemic. This issue came second only to the wellbeing of older relatives among people’s biggest coronavirus-related fears.

And the pressures weren’t only being felt in-store: people throughout the UK were struggling to get deliveries or click-and-collect slots.

While the period will probably be best remembered for the scarcity of loo roll – more than one in four shoppers were unable to find any in the days just before lockdown – we found that hand sanitiser was the product people had the most trouble finding.

Which of the following have you been unable to find at all in the last five days?

The country’s fears were also captured in a separate survey conducted with Which? members. Scores of respondents told us they were worried that food would run out because other people were stockpiling.

‘My local shops have been ransacked over the past two weeks and it’s been quite hard to find essential items,’ said one.

While widespread stockpiling was not as common as was perceived, the cumulative effect of large swathes of people picking up one or two extra items did have a big impact on supplies.

In addition, Which? found that the uptick in demand wasn’t the only reason for empty shelves. The coronavirus pandemic also exposed the fragility of the UK’s food and drink supply chains.

On 23 March, Prime Minister Boris Johnson announced that people would have to stay at home for the time being except for certain ‘very limited purposes’ – among them, grocery shopping.

We ran the next Which? survey between 3 and 6 April. By this time, interestingly, fears and actual experiences of food shortages had already fallen.

Which of the following have you experienced in the last five days?

In fact, this trend would continue each time we went back to the public, and by 8 June, concerns around the availability of food were the least among their fears. It seems that the panic leading up to lockdown had given way to most people coming to terms with the so-called ‘new normal’.

But it wasn’t all good news. Separate research by Which? has found that 29% of clinically extremely vulnerable people in the UK are still experiencing difficulty getting groceries. 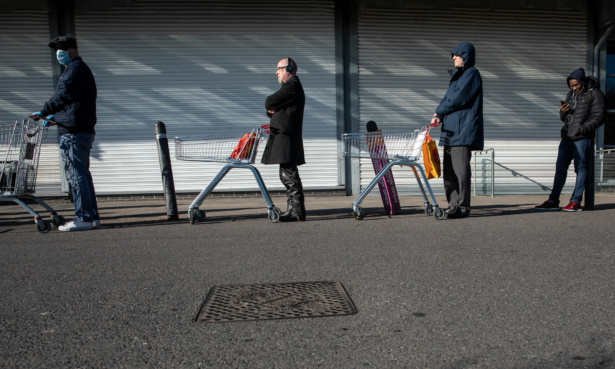 With the death toll creeping up, it was not surprising that the wellbeing of older relatives remained people’s chief concern throughout the period. What’s more, anecdotal evidence from our survey of Which? members suggested that concerns around food could be linked with concerns for older relatives.

‘How do I get someone to deliver food to my dying father when all the supermarket slots are full and no one is answering phones or email?’, said one.

Is it safe to shop in the supermarket?

Some three in 10 Which? members surveyed in May said they felt unsafe while doing their grocery shopping.

Supermarkets are trying to enforce social distancing as best they can during this unprecedented period, with innovations ranging from traffic lights at Aldi store entrances to queuing apps enabling some Asda customers to wait in their cars. Hand sanitiser stations and protective screens have become commonplace.

With more and more shops opening across the country, we’d advise you to do everything you can to protect yourself and your loved ones. 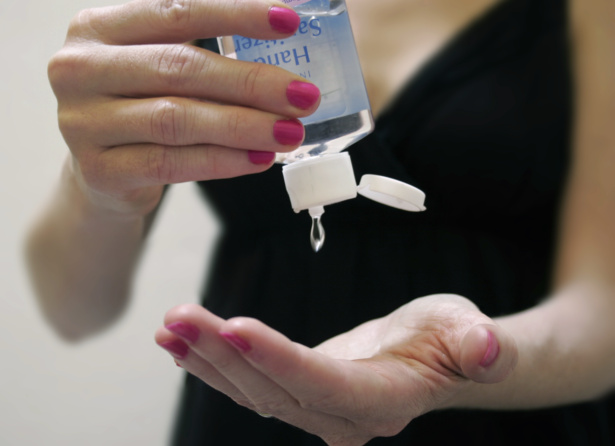 Did prices go up during lockdown?

Since the start of lockdown, are you spending more or less on groceries?

When we surveyed the public towards the end of April, almost half of all respondents said they were spending more on groceries in lockdown than they had previously.

The most common reason given for this increased expenditure was the need for more food at home, resulting from closed schools, offices and restaurants.

Just under one in three said they were spending more due to the lack of multi-buy promotions in supermarkets, while just over one in four said it was due to shopping at more expensive independent stores.

Which of the following reasons explain why you have spent more money than usual on groceries during lockdown?

Anecdotally, several Which? members told us they thought grocery prices were being hiked during lockdown.

‘Supermarkets have put the price up on products’ was one fairly typical comment.

However, when we compared prices across eight major supermarkets, we found the cost of a trolley of 40 items actually went down slightly from £59.16 in March to £58.27 in April.

Is it safe to order a takeaway?

Thinking about food shopping, have you been doing the following things more or less than before the lockdown?

Independent stores and online food sellers appear to have been the big winners during the pandemic. Perhaps surprisingly, takeaway orders have been down, according to our research.

It’s possible that concerns about hygiene have put people off ordering from their favourite local eateries. But the Food Standards Agency has said that you’re very unlikely to catch COVID-19 from food.

Food businesses have been issued guidance on food hygiene by the government. It includes:

With restaurants and bars set to reopen this month, the onus on businesses and the general public to behave carefully will only increase.

For now, at least, the UK is moving away from its near-total lockdown.

It’s been a surreal few months, which began with widespread fears in March that have dissipated to a general acceptance of the ‘new normal’. In the unfortunate event of a second coronavirus spike, will we be more prepared?