Apple’s Mac computers have been around for decades. But in recent years they’d been left out in the cold, with hardware updates only happening every few years instead of every year as with brands such as Acer and Dell.

Now, the company has a full line-up of desktops with up-to-date specifications that put them more in line with the Windows crowd.

We’ve put two models – the Mac Mini and the iMac 21-inch 4K – through our latest round of lab tests to see how they perform, as well as some Windows alternatives that are a bit more affordable.

We’ll also look at whether a mini PC is a reasonable replacement for a desktop or all-in-one, and what else you need to consider if you go down this route.

Read our full Mac Mini review and iMac 21-inch 4K review to see how they fared, or read on below for a summary of what you can expect.

Our reviews of desktop, all-in-one and mini PCs reveal the models that impressed in our tests.

At just 3.6cm tall, the Mac Mini lives up to its name. It has a stylish-looking ‘Space Grey’ aluminium shell, and curved edges that might make some want to unplug it and stand it on a shelf to admire. There’s a variety of specifications available for this device. We tested the £799 model that comes with a quad-core Intel Core i3 processor, 8GB of Ram and 256GB of SSD (solid-state drive) storage. You might think that sounds a bit stingy, but it’s more generous than the £499, 128GB model available from third-party retailers such as Currys PC World. 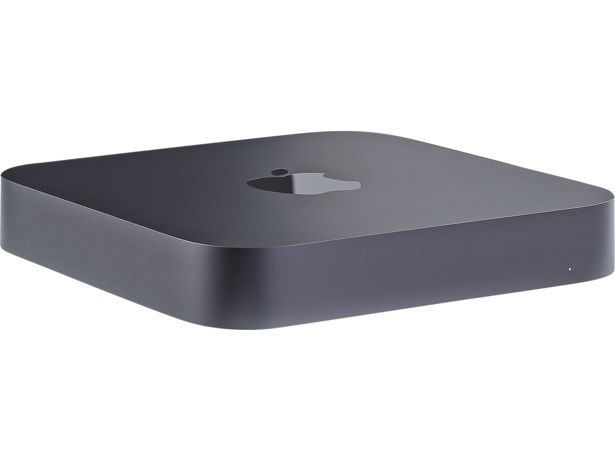 You can upgrade to a faster Core i5, 512GB model for an additional £300, and you can also boost Ram and storage if you’re willing to pay extra.

As we suggested above, you’re paying a premium for what is a fairly modest specification. The quad-core Core i3 processor is certainly no slouch, and combined with an SSD should positively fizz along for your day-to-day tasks. But opting for a similar specification a Windows desktop (albeit a larger one) could save you at least £300.

Of course, there are plenty of other reasons you’d choose a Mac over a Windows PC – perhaps you prefer the design of MacOS, have software that works better on a Mac or simply prefer the Mac customer service experience. All valid reasons, but just be aware that the premium you expect to pay for Apple does continue into the world of desktops.

On the back, you get a fine selection of ports including two USB 3.0 connectors, a headphone/microphone jack, ethernet (either Gigabit or 10 Gigabit if you upgrade the spec) along with four USB-C/Thunderbolt 3 ports for connecting to high-end peripherals. There’s also an HDMI port for traditional monitors. There are no ports on the side or front, so if you find yourself constantly disconnecting and reconnecting accessories, you’ll probably want a USB hub to make everything easier to reach. Read our Mac Mini review for the full verdict. 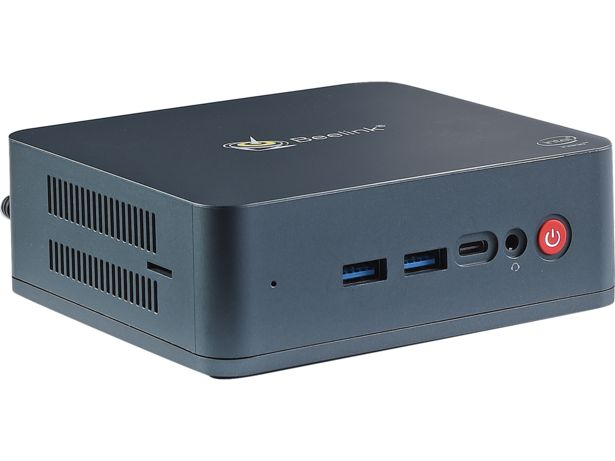 Beelink’s U55 has a similar footprint to the Mac Mini, but a much more basic specification that’s only really suitable for very light work or watching videos. It’ll also tuck nicely into a TV cabinet if you want to surf the web or manage your personal video library on the big screen. Read our full Beelink U55 review to see if these lower specs still produce adequate performance.

The Apple iMac has a built-in 21.5-inch screen with 4K Ultra HD resolution. Apple makes big claims about this screen, including its ability to display many more colours than a standard display. Given how popular these computers are with professionals who work with video and images, the company certainly has a reputation to keep. 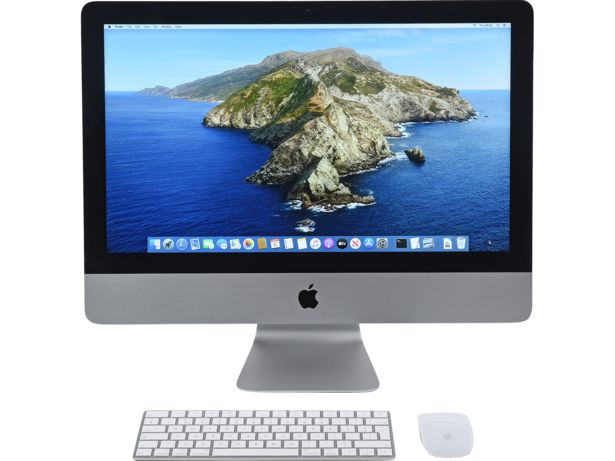 Elsewhere, there’s a quad-core Intel Core i3 processor on the £1,299 model we tested, and a 256GB SSD or a 1TB ‘Fusion Drive’, which both cost the same. It also has dedicated graphics from AMD to help with video-editing work and computer-aided design (CAD). You get 8GB of Ram as standard. This spec is fine for everyday office tasks, but if you work with high-end images or video you’ll need to select a higher specification. Upgrade to a Core i5 and a faster graphics card for an extra £200.

By now the iMac design has become something of a staple for design agencies and high-end salon receptions, but while it isn’t new, it still looks striking. Compared with some newer all-in-one computers, though, the border (bezel) around the screen is very large, which means the overall size of the device is bigger than it needs to be.

There are plenty of ports, too, although they’re all at the back, meaning they’re annoying to reach on a daily basis. There are four full-sized USB ports, two USB-C/Thunderbolt 3 ports, an SD card reader, headphone jack and ethernet.

The price of this Apple is slightly more in line with Windows equivalents, but you’re also getting the bonus of the colour-accurate screen and Apple’s signature all-metal design. 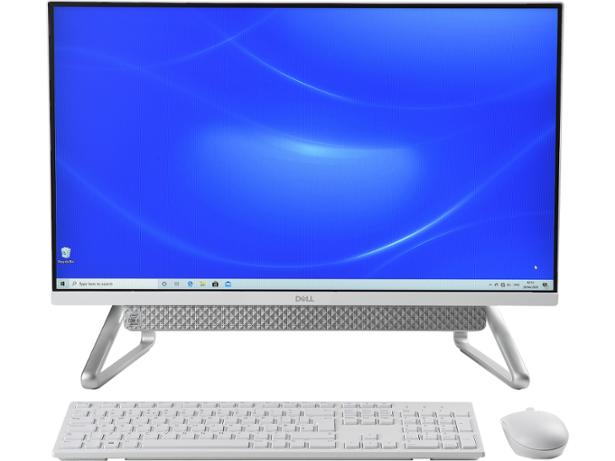 This Windows PC has a larger, 27-inch screen, but a lower Full HD resolution. You get a quad-core Intel Core i5 processor, 8GB of Ram and a 512GB SSD. Those specs should be ideal for anyone looking for a big-screen PC who wants to get office and photo-editing tasks done. Read our full Dell Inspiron 27 7790 review to see how it fared.

Can a mini PC replace a desktop or all-in-one?

While they have very different designs, there are a lot of similarities between a desktop and mini PC. They’re both available with the more basic specifications we tested, and can be upgraded to become powerhouses for the most demanding of users. An all-in-one is certainly a one-stop shop for everything you need, especially if you don’t want to fuss around with buying a monitor. If you’re starting from scratch and want to overhaul your home computing setup, this is probably the one to go for.

As for Windows mini PCs, there are very few on the market, and most of them are relatively low-specification devices that may not be powerful enough for everyday use. Most of the big computing brands don’t make mini PCs, meaning you’ll have to explore some unfamiliar territory to get yourself a compact desktop.

The Mac Mini is ideal if you already have a monitor and accessories but want something new and powerful. It’s also the cheapest way to get yourself a Mac device, costing £200 less than the latest MacBook Air.

If you don’t have your own monitor, you’ll obviously have a lot more flexibility to choose one you like. Our guide on how to buy a monitor can help here, and you can read more about how to buy peripherals like a keyboard and mouse in our guide on how to set up a home office.