Home insurance premiums have reached their highest levels since 2013, as a spike in accidental damage claims impacts on prices.

The average cost of combined buildings and contents insurance policies has risen to nearly £150 a year, with homeowners in the Channel Islands and London facing the biggest bills.

Here, we explain why insurance premiums are rising, and offer advice on how to get a good deal when insuring your property.

Home insurance costs on the rise

New research by MoneySuperMarket shows the average cost of combined home insurance is now £147, having risen by 4% in the past year.

Why are insurance premiums soaring?

MoneySuperMarket says the COVID-19 outbreak has played a role in costs increasing.

It says that people remaining constantly at home during lockdown resulted in more accidental damage claims, and thus higher costs for insurers.

It predicts that home insurance costs will fluctuate over the coming months as the economy manoeuvres through the current downturn.

It says that the government’s stamp duty holiday could also have an impact on premiums if it results in a spike in house moves. 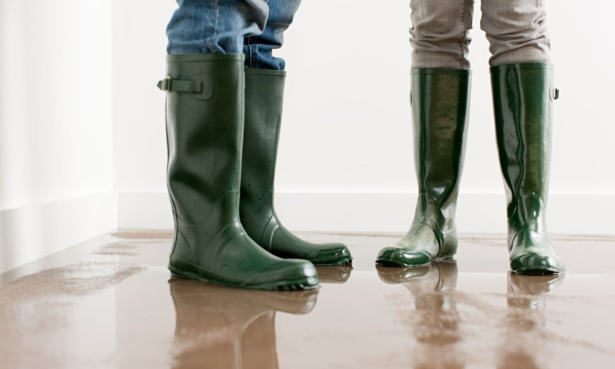 Where are premiums highest?

Perhaps less surprisingly, the remainder of the 10 most expensive areas are made up of London boroughs and commuter towns.

The table below shows the 10 most expensive places to take out a combined home insurance policy.

Where have premiums risen by the most?

Overall, home insurance premiums have risen by an average of 4% in the past year.

The table below shows the 10 areas where home insurance costs have risen the most between 2013 and 2020.

How to get the best deal on home insurance: five tips

Price comparison websites can be a good starting point, as you can compare a number of quotes quickly and easily.

The downsides are that not every provider appears on comparison sites, and initial quotes might not always be 100% reliable.

Price isn’t everything when comparing deals. Check out our best and worst home insurance providers guide to see which insurers offer the best cover levels and customer service.

2. Be prepared to haggle

Insurers often save their best deals for new customers, but rather than getting annoyed at a hefty renewal quote, be prepared to negotiate.

If you want to stay with your provider, do your research and enter the discussion armed with comparative quotes from competitors.

When we surveyed more than 5,000 policyholders about haggling on insurance, we found that 68% of those willing to haggle made savings.

3. Pay annually if you can afford to

You can either pay for home insurance annually or on a monthly basis.

But while spreading the cost might seem beneficial, this is usually more expensive.

This is because you’re essentially taking a loan from the provider, which usually comes with a high rate of interest.

When comparing deals, always look at how much you might save by paying in one go, and do so if you can afford to.

4. Only get the cover you need

A golden rule of cutting the cost of insurance is to not pay for cover you don’t actually need.

For example, contents insurance is always worthwhile, but you won’t need buildings insurance if you’re renting a property, as the landlord is responsible for this.

Select your excess carefully, and research whether a combined policy will work out cheaper than individual buildings and contents policies.

Insurance is all about risk, so if you can prove you’re a less risky proposition to insurers, you’re likely to unlock cheaper premiums.

Most insurers will require you to have a minimum level of home security, such as having locks on windows and a deadlock on external doors.

Additional security measures, such as installing a burglar alarm or using a five-lever mortise deadlock on your front door, could help cut your premium.

During the coronavirus outbreak, the Association of British Insurers published new guidance to insurance providers and customers.

It stated that people who usually work in an office won’t need to tell their insurer if they’re working from home due to the pandemic.

Those who have already returned to the office but will work from home more often in the future may need to inform their provider, however.

If you will be receiving visitors to your home for work purposes, you may find that your insurance doesn’t cover this, so check your policy.

Finally, business equipment (such as laptops and monitors) are unlikely to be covered by your home insurance policy, but your employer should be liable for covering any damage or loss that arises away from the office.