Change is afoot in the world of challenger banks, as two of the UK’s biggest names – Monzo and Starling – introduce new fees and charges for some of their current account features.

From forking out for cash withdrawals to covering the costs of extra cards, the free ride many users have been on for the past few years may have reached the end of the road – but, in many cases, this will depend how you use your account.

Monzo customers who come under the new charges will have to start paying from 31 October; Starling’s fees are being introduced from 4 November.

Here, Which? explains what the new challenger bank fees will be and reveal whether the big high street banks are likely to follow suit.

Monzo and Starling rose to fame and popularity with their new banking features – slick apps, free spending abroad and real-time transactions are just a few of the favourites.

However, both brands have started to explore what services they think it’s ‘fair’ for customers to pay for – for Monzo, that’s based on whether you use its services as your main current account; for Starling, it’s whether you want to take advantage of its additional features.

From 31 October, Monzo is introducing the following fees on its current accounts for some customers:

Based on spending behaviour from last year, Monzo estimates that 21% of its customers will be affected by the fees; so roughly 840,000 of its four miillion customer base.

You won’t need to pay anything if:

The minimum spend and requirement to have at least one direct debit is to show how reliant someone is on their Monzo account; if you don’t have any direct debits and you’re paying in less than £500 a month, it’s likely you’ve got another bank account you’re using more – and therefore you could make free ATM withdrawals with that account, rather than Monzo footing the bill for them.

Monzo says any customers struggling financially should get in touch to discuss being exempted from the new fees or refunded.

From 4 November Starling customers will be charged the following:

Additionally, Starling is launching some new products soon, which will be charged as follows:

You won’t need to pay anything if you don’t use the features listed above.

Starling’s Connected cards first launched as a way to support vulnerable customers during the coronavirus crisis, allowing customers to request an extra card that can be given to a friend or neighbour if they’re shielding or self-isolating and can’t get to the shops. The new version will allow wider use – for example, parents can give a card to a childminder when they take their kids out for the day.

The Starling Kite kids’ cards present a new option for parents of under-16s. Each card can be used online, in store and for cash withdrawals. Parents also receive notifications whenever a child spends money and can also set daily transaction limits.

How do customers feel about the new fees?

We asked Which? Money Twitter followers whether they’d be willing to pay for some services in order to keep their Monzo or Starling current account.

How do you feel about challenger banks, such as Monzo and Starling, introducing fees? Would you be willing to pay for some services to keep your account?

Perhaps unsurprisingly, the vague idea of paying new fees proved unpopular – however, as we’ve explained above, many people won’t need to pay any extra charges.

Challenger banks have proved to be increasingly popular over the past few years.

According to BACS switching data, Monzo and Starling were two of the biggest winners for attracting new customers last year, and both banks were in the top three customer-rated banks in the most recent Which? customer satisfaction banking survey.

One of the biggest problems faced by challengers is how to become profitable. There’s a delicate balance between attracting a large customer base and getting those customers to earn you money. Offering perks and freebies is obviously attractive, but costs banks money.

August saw the release of annual reports of Monzo, Starling and Revolut – all of which are trying to find this balance.

Monzo’s £113.8m losses hit the headlines, while Revolut stacked up £107.4m and Starling lost £52m. Much of this was due to increased investments required to help the companies grow and should be weighed up against how much revenue each bank made, what its revenue streams are and the size of its customer base.

For instance, Revolut has the most customers – counting 13 million in September 2020, which presents a huge opportunity to make money. Starling, by contrast, has 1.08 million customers (as of November 2019), but it reportedly has more diverse sources of revenue, including charges for its business bank accounts.

What may prove to be a sticking point is the effect of coronavirus on lending. Revolut is not a UK-registered bank and therefore doesn’t offer loans, but Monzo and Starling both do. If a lot of customers aren’t able to pay back their loans due to financial difficulty, it could have a negative impact on their balance sheets.

Some of the services Monzo and Starling plan to charge for already have to be paid for by Revolut customers.

Those who opt for a standard Revolut card will have to pay the following:

If you use Revolut to transfer money abroad and/or to make a currency exchange to invest in cryptocurrency or precious metals, there are also additional charges.

Revolut told us it does not currently have plans to introduce any new fees or charges. 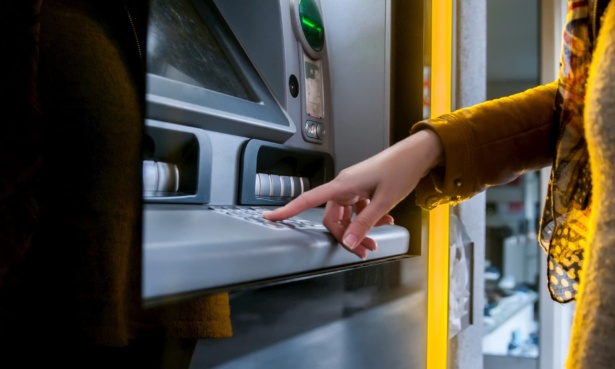 Are other banks likely to bring in similar fees?

We asked the major UK high street banks whether or not they had plans to introduce new fees for current account customers.

Of those that got back to us, none reported any plans to do so.

However, it’s worth bearing in mind that major high street banks have far more options for both saving money and raising revenue than smaller, online-only operations.

Over the past six months, we’ve seen banks withdraw low deposit mortgages, reduce their savings rates to an all-time low and continue to close bank branches.

There are also far fewer credit cards and loan deals to choose from, and some of the most popular current accounts such as Nationwide’s FlexDirect and Santander’s 123 have had their interest more than halved.

So, while the big banks may not be planning to levy current account charges right now, it’s worth weighing up the other things that are being cut back on.

Bereaved families may miss out on underpaid state pension refunds