The iPad Air has had a complete redesign for 2020, with a fresh new look that makes it look more like one of Apple’s top-end iPad Pro devices than its cheaper iPad and iPad Mini siblings.

But it’s more than just a pretty face. It’s the lightest large tablet on the market, and has had some substantial internal upgrades that could make it a great choice for anybody who is thinking about buying a tablet for the first time, or replacing one that’s showing its age.

But with an RRP starting at £579, it also costs £250 more than the standard iPad. What does it offer that other models don’t?

Read on to discover the key features and specs that set the Air apart, or head straight to our full iPad Air 2020 review to see if it impressed in our expert tests.

At a glance: standard iPad vs iPad Air

On paper, the iPad Air compares favourably to its cheaper siblings, the eighth-generation iPad and the 2019 iPad Mini thanks to a newer processor and more Ram (4GB vs 3GB).

The processor is the very latest and fastest chip to be made by Apple. While you’re unlikely to find the A12 Bionic processor in the Mini or standard iPad to be too slow for your needs, the A14 Bionic should feel faster for longer. It will also make multi-tasking and working on tasks such as video editing projects that bit slicker, too. 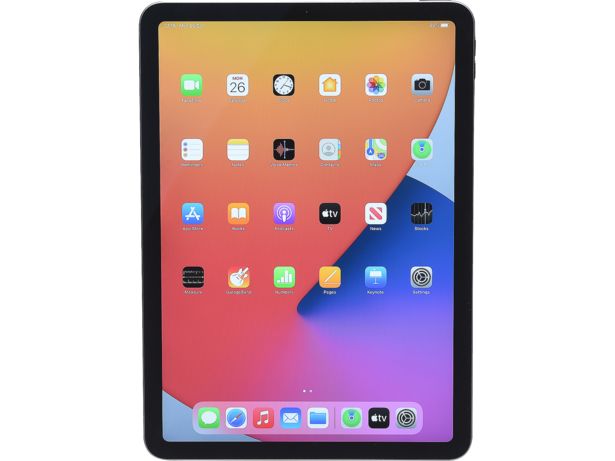 The cheapest iPad Air (£579) comes with 64GB of storage. The next step up is 256GB, which adds £150 to the asking price (£729). This seems a little steep, and it’s a shame that Apple hasn’t made an intermediate version with 128GB of storage. We think this would be the perfect amount of storage for most people, and would have cost a bit less.

Take a look at our full reviews of the latest iPad and iPad Mini to see if their lower specs hold them back from coveted Best Buy status.

The iPad Air 2020 has some nice perks over the cheaper iPads. The screen is larger than the standard iPad, at 10.9 inches versus 10.2 inches, but narrower borders around the screen mean the overall size of the device is only a fraction larger. It’s also light for its size: 464g versus 480g for the standard iPad.

If you’re after pocketable lightness, of course, your best bet is the iPad Mini that weighs just 298g and has a tiny 7.9-inch screen.

The Air’s new redesign does mean the iconic fingerprint button on the front of the iPad has vanished. Fear not, though, as there is still a fingerprint scanner on the side, built into the standby/power button.

What the iPad Air doesn’t have is a headphone jack, as it joins the latest iPhones and the iPad Pro in eschewing the once-universal audio connector. You can check out our thoughts on Apple’s top-of-range tablet in our full iPad Pro review. 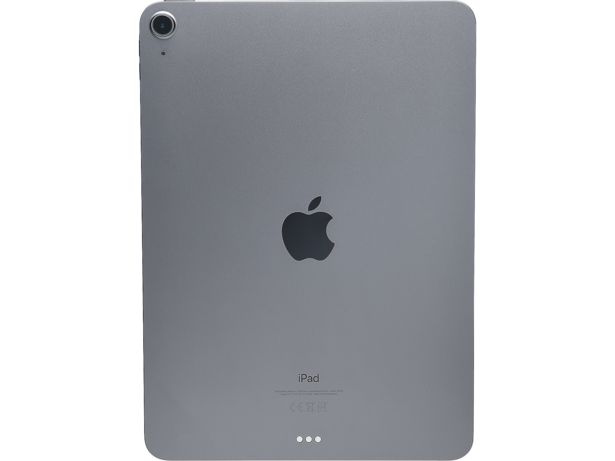 The charging port has changed, too, and is now a USB-C port rather than Lightning, joining the iPad Pro as the only other model to use USB-C. You can buy a USB-C to headphone jack adaptor if you want to keep using wired headphones you already have.

The iPad Air has a magnetic connector for attaching one of Apple’s keyboards, which means you can turn it into a fully fledged laptop much more easily than with Apple’s cheaper tablets. It just snaps on, and away you go. It also supports the latest Apple Pencil 2 for drawing and taking notes, while the iPad and iPad Mini only support the slightly awkward first-generation Pencil.

The Air is also the first iPad to be available in non-monochrome colours, with green, gold and blue available alongside silver and grey models.

Who should buy the iPad Air?

You should first read our full lab-tested iPad Air 2020 review to see how it fares in our full range of tests, including speediness, ease of use, battery life, screen quality and more. But, on the face of it, this tablet straddles a middle ground between the cheaper models  and the top-end Pro.

If you’ll only be using your tablet to browse the web, read books and magazines, play games or watch videos, the cheaper models should suit you fine. But if you like having the very latest tech and also think you might want to buy a keyboard and stylus further down the road, the Air could be a great, future-proof choice.

Apple may be the iconic tablet brand, but it has plenty of rivals that often charge a lot less for the privilege of owning one of their tablets. Take a look at pick of the top tablets for 2020 to see if you can get an equally good tablet for less.