Scam adverts on the biggest online platforms have tricked almost one in ten people into paying out for sham purchases.

Which? surveyed 2,000 people who use social media and search engines, asking them about their experiences of adverts on these platforms.

With 43 million social media users in the UK, Which?’s research results suggest some 3.8 million people may have lost money to a scam advert that appeared in their social media feed.

It’s unsurprising that only one in three (35%) of those surveyed said they trust adverts that appear on social platforms.

Two in five (42%) said they didn’t know if they could tell whether or not an advert on social media was a scam.

One in ten surveyed also said they had been taken in by dodgy adverts that appeared in their search engine results. Around half of those we asked said they weren’t sure they would be able to identify fake ads in internet search listings.

Platforms have launched initiatives to deal with scam adverts but many of them rely on users having to report it themselves. This leaves many still exposed to scam ads and at risk of falling victim before scams are reported and taken down.

Which? is calling for online platforms to take greater responsibility for fake or fraudulent adverts that appear on their sites.

Online platforms make vast sums of money from advertising and may be indirectly profiting from fraudulent content. 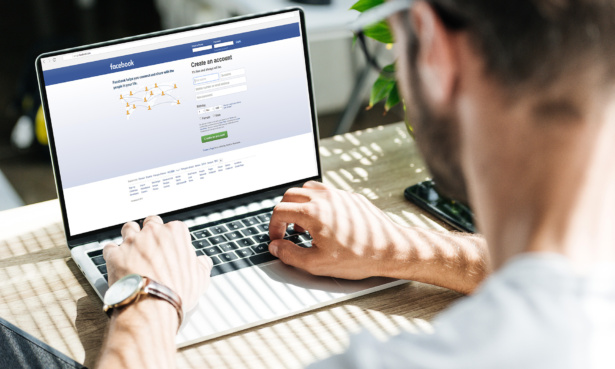 ‘Unbelievable that scams can be so easily advertised’

When we separately asked for victims of social media purchase scams to get in touch, we heard from more than 200 people in just 48 hours.

James, from Lancashire, was one of those.

He spotted an advert on Facebook for what he believed to be a clearance sale for children’s toy brand Little Tikes. It linked to a convincing ‘Little Tikes’ branded website, and he paid £102 for a climbing frame.

But it never turned up and the website, which turned out to be fake, has since disappeared.

‘It’s been so frustrating. It’s unbelievable that scams can be so easily advertised on Facebook,’ James said.

Fortunately his bank was ‘very helpful’ and, because he paid using a credit card, it refunded his money.

But it’s not always guaranteed you’ll get a refund straight away, if at all. For some it can have a significant financial and emotional toll.

Two people got in touch with us to tell us they’d been taken in by ads on Facebook promoting CBD oil falsely endorsed by Fern Britton and David Attenborough.

One of the victims, Christine, said: ‘The ad promised a sample for £2.50, but £170 was later taken from my bank account.

‘£170 is more than my weekly pension and I’m so upset. It happened weeks ago but I can’t stop thinking about it.’

Christine is worried she might not get her money back because she did receive a sample, although she doesn’t think it is genuine CBD oil.

We reported our findings to Facebook and it has removed the scam adverts we found.

Facebook said: ‘There’s no place for fraudulent or inauthentic behaviour on Facebook. We invest in people and technology to remove fraud from our platforms and urge people to report suspicious activity to us.’

Most purchase scams con people into handing over smaller sums of money, but on a national scale those small amounts add up.

Action Fraud says it received 83,822 reports of online shopping fraud between November 2019 and October 2020 with losses estimated at around £62million.

Scam adverts tailored to you

The way legitimate advertising works on social media also allows scammers to target you where you’re most vulnerable with many different types of scam adverts, based on data such as your likes, interests, age, location and browsing behaviour.

Louise, from Birmingham, follows clothing retailer Ted Baker on social media and started seeing ads for what she thought was a Ted Baker Outlet store on Twitter over a couple of days.

‘I’ve bought from outlet stores online before so didn’t think much of it. The style of the advert looked ‘on brand’ and used the same logo.’

She visited the site linked to the advert and paid £75 for a discounted bag and shoes.

‘I got a basic confirmation email which made me wonder if the company was real. Three weeks later my order still hadn’t arrived and the penny dropped that I would never receive it.’

Louise is still waiting for her bank to decide whether it will refund her.

‘I will never, ever buy anything I’ve seen on a social media advert again,’ she said.

Twitter said: ‘It is against our rules to use scam tactics on Twitter to obtain money or private financial information. Twitter prohibits the promotion of unacceptable business practices globally.

‘Where we identify violations of our rules, we take robust enforcement action. We’re constantly adapting to bad actors’ evolving methods, and we will continue to iterate and improve upon our policies as the industry evolves.’

If you click on one scam ad, you’re likely to see more of them in your social feed. This is because these sites use algorithms to recommend similar content to posts you’ve clicked on in the past. It works just the same way for adverts.

One victim in his 50s told us he’s been conned six times after buying products he’s seen advertised on social media, including shoes, toys and tools. He has lost around £200 in total.

He said he now gets ‘dodgy looking’ ads in his newsfeed all the time from sellers, mostly based in China, who provide very little information about their companies and policies. 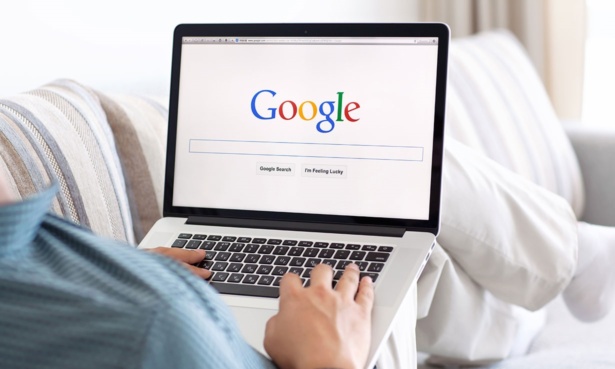 Scams in your search results

Deceptive adverts aren’t just lurking in your social media feeds. We also heard about fraudulent adverts appearing in search listings when you use search engines.

You may also be given ‘Shopping’ results that show images of products at competitive prices. These are also paid for adverts.

When Ryan, 24, from was looking for some new gaming accessories, he thought he could trust the retailers Google recommended in it’s shopping results.

But instead of receiving a keyboard and mouse he paid £65 for, he got a cheap iPhone case instead.

‘To get a refund I had to return the case to an address in China at a cost of £35, which is obviously ridiculous. I wouldn’t count on getting a refund either.’ he said. Ryan used Paypal to pay, which is still investigating.

When we asked Google how it protects users from scam adverts it said: ‘Our priority is showing useful and relevant ads to people when they’re searching for a product or service, while protecting them from nonexistent or misleading offers.

‘We take this responsibility seriously and remove ads that violate our policies. In 2019, we removed 2.7 billion bad ads, that’s more than 5,000 ads taken down every minute.

It added: ‘We encourage users to utilize our tool which allows them to report ads, each complaint is reviewed by a member of our team.’

But Ryan said he didn’t report the advert to Google because he didn’t know how to.

No quick fix for dodgy ads

While social networking sites offer a quick ‘report’ button featured alongside all adverts, Google’s reporting process takes longer to find and requires users to fill out a form which might put some people off.

Simply removing these ads is no quick fix. Often it’s too late once people are reporting an issue.

Better processes need to be put in place to stop these ads appearing online altogether.

The platforms hosting adverts seem to focus on identifying and taking down fraudulent content rather than being proactive in preventing it from being posted in the first place.

Facebook said it is ‘focused on prevention,’ while Twitter said it has strict guidelines to filter out dishonest advertisers.

Google said it ‘continues to improve our verification processes and policies to ensure a safe experience.’

Many victims we spoke to suspected the advert they got caught out by could be a scam, but thought the chance of getting a good deal was worth the risk.

When small amounts of money were lost, those affected often didn’t report the scam or try to claim their money back.

Most of the time you can only expect to get what you pay for, and in a lot of cases you won’t get anything at all. 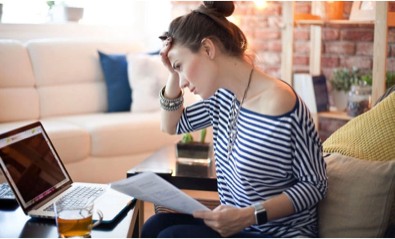 What can I do if I’ve been scammed by an advert I’ve seen online?

Firstly, it is really common, so don’t be too hard on yourself.

It is possible to get your money back in a lot of cases, although the process might take a few weeks or even months.

If you paid using a credit or debit card your money is covered by card protections. Ask your bank if you’re eligible to claim using chargeback or Section 75 of the Consumer Credit Act.

When you use Paypal, your money should be protected by its Buyer Protection policy. You can make a claim through your Paypal account.

If you paid using a bank transfer, contact your bank as soon as possible and ask if it can help. This kind of fraud on social media is on the rise, according to UK Finance.

Find out more about how to recover your money after a scam.

How do I report a scam advert on social media or search engines?

Report the advert to the platform you saw it on. All the major social media platforms and search engines allow you to flag scam adverts using a ‘report’ button or a reporting form.

If you’ve lost money or personal details to a scam you can report it to Action Fraud. Action Fraud collects intelligence on fraud and shares this with the police.

You can also report fake or misleading adverts you’ve seen online to the Advertising Standards Authority (ASA) which now has a reporting tool specifically for these kids of ads.

Find out more about how you can report a scam.

Scam alerts: stay one step ahead