Married women could face a huge shortfall in pension savings compared to men according to new research.

Equity release lender More2Life estimates the pension savings gap when life expectancy is taken into account is £108,130 for single women but rises to £186,120 for married women or those in a relationship.

The research has been based on the latest figures from the Office for National Statistics (ONS) which shows life expectancy for women is currently estimated at 83.1 years compared to 79.4 years for men. This means women could face a longer retirement, but with smaller pension savings to live off.

Here, Which? explains why the gap exists and provides seven tips on how you could boost your savings to ensure you have enough retirement income to last during your golden years.

Why is there a pension savings gap?

The main reason the pension savings gap exists is because of the imbalance in the level of occupational pension saving between men and women.

On average women earn less than men. More2Life data shows 42% of men aged 54 and over who are in a relationship said that their wealth exceeds that of their partner, compared to just 13% of women.

Married women, women in relationships and those with families are more likely to take breaks from employment or reduce hours to look after their family.

This means women may not be able to put as much away as men as pension contributions are based on a percentage of your salary.

Since last April, total minimum contributions have rested at 8%; with a minimum of 5% paid by you and 3% from your employer.

Another reason there’s such a gulf in savings is that many women may not qualify to be enrolled into a pension scheme automatically.

You have to earn over £10,000 to be included in auto-enrolment to start saving into a company scheme.

Is it all bad news for women?

It’s not necessarily doom and gloom for all groups of women.

Women with pensions are currently more likely to have defined benefit (DB) pension arrangements than men, which are considered much more generous than defined contribution (DC) arrangements.

According to pension provider NOW: Pensions, this is due to a larger proportion of females working in public sector organisations like schools and hospitals, which tend to provide DB pensions.

Older women are also more likely to be in DB schemes, which were much more common until the mid-90s when they began to decline.

According to The Pensions Regulator, 52% of DB schemes are closed to new members. Therefore it’s the younger population that may be most at risk of not saving enough. 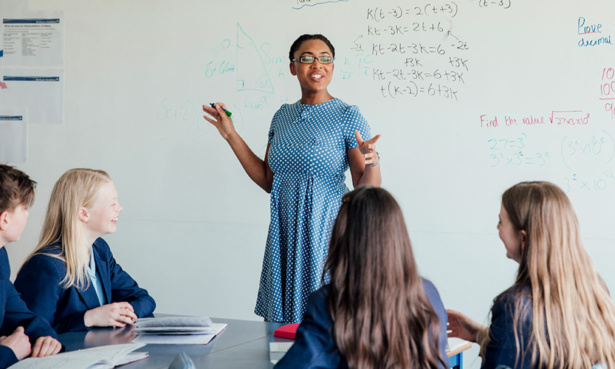 The state pension gap is shrinking

Recent figures published by the Department for Work and Pensions (DWP) show a dramatic reduction in the gender pension gap between the old and new state pension.

For those who reached state pension age before 6 April 2016 and come under the ‘old’ state pension rules, the average male is receiving nearly £164 a week and the average female £136 a week. That’s a gap of £1,456 a year.

But for those who qualify for the new state pension (those who reached state pension age after 5 April 2016), the gap has fallen to around £364 a year.

How married women can close the pension savings gap

There are some steps women can take to help make up the shortfall in their retirement savings.

We outline seven key points below which could help give a boost to your savings.

1) Figure out how much you need

It’s important to think about what kind of retirement lifestyle you want.

To help figure out how much you need in retirement, we’ve spoken to thousands of retired Which? members to see where their money is being spent.

We’ve highlighted three levels of spending – paying for essentials, funding a comfortable retirement, allowing a few extras and being able to have a more luxurious lifestyle.

2) Start saving as soon as possible

When it comes to saving for retirement, the sooner you start the better. Contributions then have years upon years of your working life to build up, while being invested into the stock market which should boost your pot overtime.

Even if you aren’t earning enough to be enrolled automatically, you can speak to your employer about enrolling into your company scheme, if you can afford to.

The contributions you and your employer make will be calculated on your ‘qualifying earnings’, which is set between £6,240 and £50,000 a year.

Credits can help to fill gaps in your National Insurance record, to ensure you qualify for the state pension.

If you’re married your spouse could pay into your pension. But you don’t have to be married or in a civil partnership for one person to pay into the other’s pension. Anyone can set up a pension and pay into it for someone else.

5) Make sure pensions are included in your divorce settlement

A pension could be one of the biggest assets built up during marriage that you’ll need to ‘divvy up’.

Under current rules when a couple gets divorced their pensions are usually included in the financial settlement along with property and other assets,  provided they reside in the UK.

The total value of the pensions you have each built up is taken into account in England, Wales and Northern Ireland. In Scotland, it only applies to the pension you built up while you were married.

If you can afford to, consider getting financial advice. We’ve put together a guide detailing how to get retirement and pension advice, which includes potential costs.

If you can’t afford financial advice or don’t want to pay for it, you can also get free, impartial guidance from The Pensions Advisory Service.

You can visit the Pensions Advisory Service website. for more information or call on 0800 011 3797.

Claiming Child Benefit could mean you get more state pension as this can give you National Insurance credits.

You can claim Child Benefit for each child you’re responsible for if they’re:

Payments are tax-free as long as neither parent earns more than £50,000 a year.