Not one of the big five banks has troubled the top of the Which? Money 2020 table for current account satisfaction, which sees digital-only challenger Starling take the crown.

In fact, four of the six highest-scoring providers don’t have a presence on the high street and just one has been around for more than 10 years.

Read on to see how other customers rated your bank or building society.

The full table comparing 24 current account providers can be found in our guide to the best and worst banks.

How we rank the banks

The rankings are based on a survey of 4,501 members of the public about their current account provider.

Our customer scores combine overall satisfaction and likelihood of recommending the provider to their family or a friend.

Starling made a strong debut in our rankings in 2019, taking second place. This time it has clinched the top spot with a score of 88% and we’ve named it a Which? Recommended Provider (WRP).

Customers praised its ‘clear and honest communications’, the ease of opening an account and using the app, as well as speedy responses from the ‘excellent customer service’, which is available 24/7 via the app and over the telephone.

Although it started life as a smartphone bank, Starling launched online banking for all customers in October 2020.

Second-placed Monzo scored 82%. However, Monzo missed out on becoming a WRP due to its lower-than-average product score and the fact that it’s yet to sign up to the voluntary Contingent Reimbursement Model (CRM) code, aimed at reducing bank transfer fraud and increasing reimbursement for victims.

Instead, First Direct and M&S Bank join Starling as WRPs.

First Direct slipped from first to third place this year but achieved a very respectable score of 79%, while M&S Bank’s customer score is 77%. 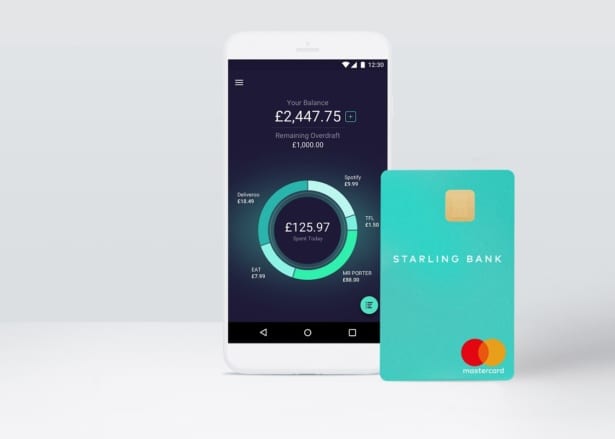 Banks that need to do better

Tesco Bank and Citibank lie at the bottom of our table, each with a customer score of 60%.

Despite featuring in the top six in 2018, Tesco Bank fell out of favour after it cut its current account interest rate to 1% in early 2019. It stopped paying interest altogether from 22 September 2020.

It has recently announced that it is no longer accepting new current account customers.

TSB, which has a customer score of 63%, will follow in Tesco Bank’s footsteps by ceasing to pay interest from December.

Citibank and Royal Bank of Scotland (RBS) are the only two providers to get two stars out of five for overall customer service.

RBS holds this year’s unwanted record for the most two-star ratings overall, with customers unimpressed by its telephone service, account benefits, complaints handling and branch service.

Will challenger banks hold on to the top spots?

None of the top six brands in our table have a strong presence on the high street.

Metro Bank has 77 branches and M&S Bank customers can use 29 of its retail stores for banking services, while Monzo, First Direct, Revolut and Starling have no physical branches at all.

This may be a factor in their success: older banks can be hindered by expensive branches and decades-old legacy technology.

What the top-performing banks also have in common is that they serve relatively small customer bases.

Monzo has grown the quickest, reaching 4.6 million customers. But this is still a fraction of what high street banks are dealing with. Lloyds Banking Group is responsible for keeping over 26 million customers happy; for Barclays it’s 24 million.

Although a large customer base is no excuse for poor service, it will be interesting to see if the challengers can maintain high levels of customer satisfaction if their market share grows significantly.

As it stands, very few people hold their main current account with a branchless provider: just 1%, compared with 78% who use one of the big high street brands (Barclays, Halifax, HSBC, Lloyds, Nationwide, NatWest and Santander).