Which? is calling for ‘buy now, pay later’ (BNPL) firms such as Clearpay and Klarna to be fully regulated after our research found that these services encourage impulse buying.

In a survey of 2,000 members of the general public, 24% of BNPL users told us they spent more than they planned to because BNPL was available at the checkout.

Which? also found evidence of concerning industry practices that may drive shoppers to splash out irresponsibly when using a ‘pay later’ service.

Here, we outline our findings and explain why the regulator needs to do more to protect consumers.

‘I was tricked into it’

In our survey, conducted in October 2020, we found that 26% of BNPL users hadn’t planned on using BNPL until it popped up at checkout. Meanwhile, 18% said they used the service because they were offered a discount to do so.

We also came across a worrying number of people who’d used BNPL without meaning to. In our survey, 13% of BNPL users said they had accidentally used the service because it was selected as the default payment option at checkout.

One survey respondent told Which?: ‘I was tricked into [using] it because the box was already ticked.’

Considering BNPL is a form of credit that can push people into debt, it’s worrying that many people are using these products so impulsively and even unintentionally.

Alice Tapper, the founder of the personal finance website Go Fund Yourself, created the #RegulateBuyNowPayLater campaign after a growing number of people came to her – mainly young women – who had ‘used BNPL and found themselves in financial trouble’.

‘Unplanned purchases can be lucrative for retailers’

In our research, we came across many instances where BNPL was heavily promoted on retailers’ websites.

When we looked at the websites of 80 BNPL partner retailers, we discovered the largest BNPL ads take up as much as 80% of the screen, with fashion retailers most likely to carry these prominent ads.

Some retailers also offer shoppers a discount if they use BNPL. Others make using BNPL the faster, more convenient option with ‘express checkouts’.

We believe these factors are evidence of the firms’ application of consumer psychology to drive sales, a strategy we know at least one BNPL provider has promoted to its retail partners.

In 2017, Klarna, one of the leading BNPL firms in the UK, commissioned a study with the University of Reading into online shopping behaviour. The report, intended for partner retailers, explains how to persuade shoppers to make ‘emotional’ purchases instead of ‘logical’ ones.

‘The less the customer is required to think about inputting data, the more likely they are to make a purchase without too much consideration’, the researchers conclude.

Do you understand the risks?

As Which? research shows, these frictionless customer journeys can lead to shoppers spending more than they meant to, without necessarily being aware of the risks.

For example, 41% of people who were aware of BNPL either didn’t believe or didn’t know that missing a payment could lead to the BNPL firm passing the debt on to a debt collection agency.

If this happens, it can leave a negative mark on your credit report for at least six years.

But there’s no mention of risks such as this except in BNPL firms’ T&Cs.

Alice Tapper said: ‘If you were signing up to a credit card, you would be made fully aware of the risks – there would be things to sign and checkboxes to tick. That’s just not the case with these products. The risk to consumers isn’t being fully explained.’

A Klarna spokesperson told Which?: ‘Klarna will only refer unpaid debts to a debt collection agency as a last resort after a period of several months. Klarna is fully engaged with the FCA review of the unsecured credit market.’

Which? calls for FCA regulation of BNPL schemes

As a result of its findings, Which? is now calling for providers of this type of BNPL such as Clearpay and Klarna to be regulated by the Financial Conduct Authority (FCA).

With BNPL growing rapidly in the UK, it’s important that the regulator has the right tools to step in and prevent any harm caused by these products.

At the moment, the FCA, which regulates similar products such as credit cards, does not currently have the powers to act if BNPL companies aren’t treating consumers fairly.

By giving the FCA the powers to regulate the BNPL market, it can more effectively monitor the treatment of consumers and intervene where consumers are being harmed by BNPL business practices.

The FCA is already looking into unsecured credit, which BNPL is one example of. Which? has given evidence to this review and will continue to feed in our insight and your experiences.

Jenny Ross, Which? Money editor said: ‘While buy now, pay later services offer speed and convenience at the checkout, our research shows their design makes it far too simple for shoppers to spend more than they were intending.

‘This could lead to people building up debts that they may struggle to pay back, which is particularly concerning if they don’t understand the risks of using this type of product.

‘Given that many people’s finances are stretched now more than ever, we believe that the FCA needs to regulate this market to ensure consumers are not harmed and that action can be taken if these firms are treating customers unfairly.’ 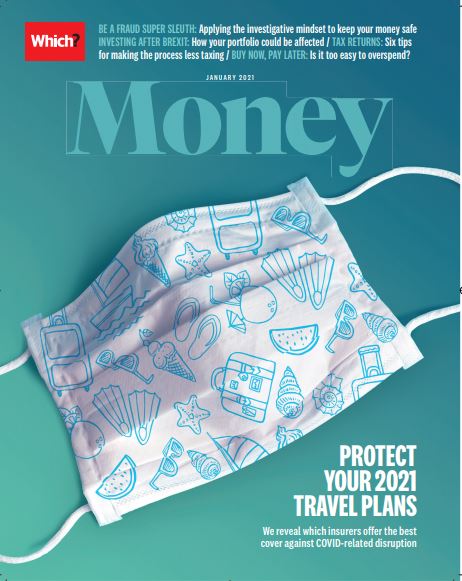 The full version of this investigation appears in the January 2021 issue of Which? Money magazine.

Try Which? Money for just £3 to get February’s edition delivered directly to your door.