Which? has reported life and pensions firm ReAssure to the regulator after hearing from vulnerable customers who have struggled to release investments, following its takeover of Legal & General’s Mature Savings business.

On 7 September, around 1m L&G  policies were transferred to ReAssure, a firm that takes on blocks of policies from other companies rather than setting up new ones for new customers. The policies transferred from L&G included:

At the time of writing, Which? has received five complaints from members about ReAssure since the transfer of their policies. Here, we give accounts of a 91-year-old woman who faced a six-week delay to receive money from her instant-access bonds which pay her rent each month, and another gentleman who was unable to renovate his house for his vulnerable wife who’s recovering from a stroke.

When Kim Lewis contacted Which? In November 2020, she was deeply concerned about the consequences of ReAssure’s takeover, and the impact on her mum’s housing situation and health.

For 18 years, Patricia (pictured above) had relied on regular surrenders from her instant-access bonds to pay her rent of £2,000 a month, which L&G had always transferred within 14 days.

When she made her normal phone call to do this at the end of September, she was told that ReAssure had now taken over.

Kim claims her mother had no notice of the takeover other than L&G sending notification last year of a postponement, pending legal proceedings and wasn’t told what’s happening with her bonds or their value.

Patricia was instructed to fill in a partial surrender form to release the funds, which Kim says was not sent to Patricia in time to pay her rent, despite her asking for it several times.

‘My sister had to pay the rent’

Patricia’s other daughter had to pay October and November’s rent, but as her mother’s full-time carer, she couldn’t continue to foot the bill.

The money was eventually transferred on 12 November, six weeks after the request and a day after Kim contacted ReAssure chief executive Matt Cuhls to complain about the delay.

This followed an uphill struggle with ReAssure, including a conversation with a customer service representative who Kim claims said they ‘didn’t need to be bothered with this’.

A two-month wait to activate Power of Attorney

The problems didn’t stop there; ReAssure also took two months to confirm Kim’s request for Power of Attorney (PoA) on behalf of her mother, which she initially requested on 29 October 2020.

Which? has seen an email chain with no acknowledgement of the emails sent by Kim requesting how to activate PoA, throughout November. 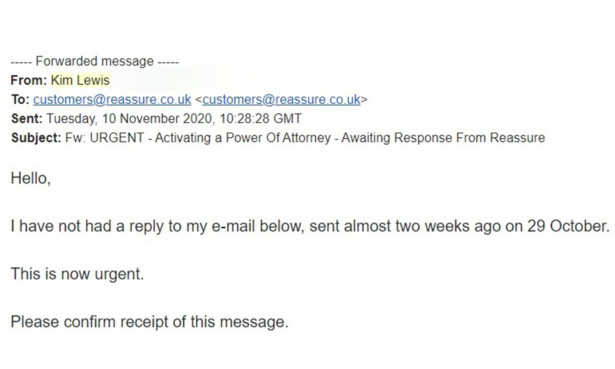 Then, 10 days later, Kim sent another email, noting the urgency of the request. 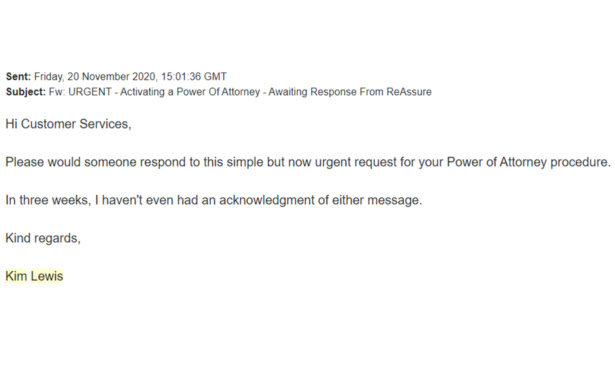 Ms Lewis sent the PoA by tracked, signed-for delivery to arrive on 20 November, after she was finally told who and where to send it to by a ReAssure member of staff.

On 26 November, ReAssure’s customer services sent an automated email to Kim in response to her original email asking how to activate PoA, more than three weeks after the initial request.

Confirmation of the PoA letter finally arrived on 30 December.

Patricia has now received the statement with details of her bonds and their value in an email that she had requested, although she also requested ReAssure’s T&Cs, which still hadn’t been provided at the time of writing.

ReAssure told Which? that it’s discussing automated withdrawals with Kim for future payments.

It says it told Kim monthly withdrawal forms can now be made via email and the form is no longer needed.

Kim claims the servicing teams are not speaking to her directly to offer auto-transfers, aside from an email informing her of the option, from a do-not-reply mailbox.

Her concern is the same as it was when she contacted Which? in November 2020 – next time she requests a partial release will it be processed in the promised 14-day window in time to pay the rent?

Since it began more than 50 years ago, ReAssure has taken on policies from several firms, including Barclays and HSBC. It now has around £41bn in assets and more than 2.2m policies on its books.

The latest half-year data from the Financial Ombudsman Service (FOS) shows 173 complaints about ReAssure were made to the service between January and June 2020, before the takeover.

Which? contacted the ombudsman for data after the takeover. It told us that more than 200 complaints were made about the firm from the date of the policy transfers (7 September) to 4 January 2021. However, it’s worth highlighting firms have eight weeks to respond to complaints from customers before they can go to the FOS,  so some of the complaints could have been made before the takeover.

Aside from Kim’s complaint about ReAssure, which was sent to us in writing, the Which? Money Helpline team has had four calls relating to issues with ReAssure since the takeover. Which? has spoken to one of these members.

80-year-old Mr Castle faced a two-month delay to release his funds, which he needed to upgrade his home to make life easier for his wife, 84, who is recovering from a stroke. 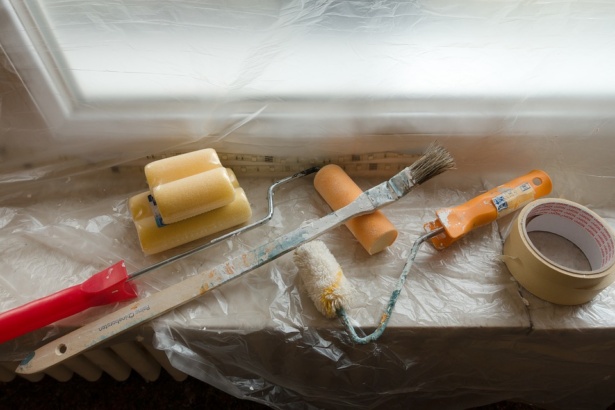 He first requested the surrender on 25 September and didn’t get his money until 27 November. ‘My experience was pretty traumatic,’ he tells Which?.

In the end, Mr Castle wasn’t happy with leaving his money with ReAssure and withdrew all of his funds.

He told Which?  ‘[no one was] unhelpful or rude but they didn’t seem to know what they were doing and that’s the problem’.

Mr Castle wrote a letter to the chief executive about his situation and the same day money was transferred.

But before this, he had explained it was urgent and nothing happened: ‘I’m not happy with the way they treated me.’

Which? reports ReAssure to the FCA

As a result of the two claims made against ReAssure, Which? reported the firm to the Financial Conduct Authority (FCA) in December 2020.

A spokesperson at the FCA told Which? that it’s engaging with the firm to understand the reported issues and that it expects firms to treat vulnerable customers fairly.

The spokesperson added: ‘Firms must comply with our rules and principles, and where they do not, we will take action.’

What does ReAssure say?

ReAssure told Which? that contact rates have far exceeded projections, so it has taken it longer than usual to deal with some customers and their representatives.

It says it’s mailed more than 700,000 customers, and in doing so generated a lot more contact than it’s seen in previous transactions of this sort, and more than L&G were experiencing before the transfer.

A Reassure spokesperson told Which?: ‘Despite scaling up to allow for the additional customers transferring from L&G, contact rates have been far higher than expected. This has resulted in delays in some areas, and we’re sorry for any inconvenience this has caused.

‘We’ve worked hard to deal with these challenges by taking on additional staff and enhancing our online capabilities. We’re seeing improvements in service and the vast majority of tasks are being processed within our normal service standard.’

‘COVID-19 has made it more challenging to address the issues we’ve experienced. We were resourced to account for COVID-19-related issues, such as staff sickness and remote working, but it has been slower and more complex to recruit and train additional staff to manage the additional demand under these conditions.

‘We are seeing improvements in service as these changes are introduced, with the vast majority of servicing tasks being processed within our normal service standard.’