Halifax, Starling, Monzo and Lloyds Bank had the highest net gains of current account customers between July and September 2020, according to the latest data from Bacs.

Switching bonuses and sleek apps are among the perks likely to have drawn in new customers.

At the other end of the scale, the providers with the biggest net customer losses were HSBC, Santander and NatWest.

Here, Which? looks at why people might have made these switching choices, and how you can switch to a new banking provider.

Which banks and building societies are we switching to?

The graphs below show which banks and building societies people have been switching to and from, according to the latest Bacs data covering 1 July to 30 September 2020.

Click on the tabs at the top to see the providers’ gains, losses and net gains.

Halifax won the biggest net gain of customers over this period, at 22,742. This is probably due to the fact that it reintroduced its £100 switching bonus in August 2020 – the first provider to do so after all switching offers were withdrawn in March 2020 due to the coronavirus pandemic.

In September, Lloyds Bank and HSBC also reintroduced switching bonuses of £100 and £125 respectively – however, these incentives don’t seem to have had as dramatic an impact on the switching figures.

This may be because the accounts people could switch to came with several caveats, such as minimum monthly payments.

Lloyds Bank was still one of the few providers to manage a net gain over this period, with 8,335, but HSBC’s incentive failed to pay off as it saw the biggest net loss of any provider with 14,863 switching away.

Elsewhere, challenger banks Monzo and Starling continued their usual trend of gaining customers, with Starling taking the leading edge with a net gain of 12,652 to Monzo’s 9,157. Monzo launched its new Monzo Plus and Monzo Premium accounts during this time, which may have brought in more customers.

Finally, while Nationwide is usually a contender for the most popular provider, this time it’s come out with an overall net loss (albeit a small one), possibly due to its interest rate cut on the popular FlexDirect account, which came into force in May 2020.

Nationwide had the largest net gains for 2019; when the next set of data is released in the coming months we may see it lose this crown for 2020. 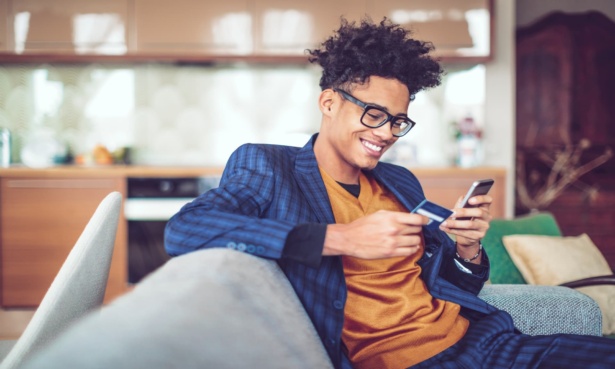 Has switching got back to normal after COVID-19?

Figures from the Current Account Switching Service (CASS) showed there was a 65% drop in the number of current account switches between April and June 2020.

It’s thought this was partly due to the first national coronavirus lockdown, and partly because all providers had withdrawn their switching incentives in order to focus on helping customers through a difficult time.

Since then, some switching incentives have been reintroduced, and switching has increased. Bacs data shows 136,575 switches took place between the start of July and the end of September – 38,383 more than the period 1 April to 30 June.

Despite various regional and national lockdowns in the final quarter of 2020, it seems switching numbers continued to increase. Between October and December, there were 189,273 switches – a jump of more than 50,000 from the previous three months.

November was the busiest month, with 80,980 switches taking place – the highest monthly number since March.

Many people stay with their current account provider for years, providing they’re happy with their service – but switching it up can be really beneficial when things like switching bonuses or related savings accounts are on offer.

The additional perks aren’t reason to switch on their own, however – before you make the leap you should make sure the new account will suit your circumstances. If you like to bank in-branch, make sure there’s one nearby; if you prefer to use a banking app check to see if it offers the services you want.

Each year, we survey thousands of current account customers and undertake detailed product analysis to find the best and worst banks.

Our other guides also reveal the best accounts that offer extras such as interest and cashback:

Once you’ve found an account you want to switch to, you can apply to open it online, over the phone or in-branch (some providers might not offer all three options). If the providers are part of CASS, it should be opened and ready to use in seven days.