With SUVs and electric cars grabbing attention, it’s easy to forget the supermini is the UK’s best-selling class of car. We’ve just tested the Mazda 2 and Ford Fiesta ST, plus there’s excellent news on safety for the facelifted Suzuki Swift. Find out more about these cars – and plenty of alternatives, too.

Almost one in three of all new cars sold in 2020 was a supermini, with the Ford Fiesta once again the UK’s best-selling car (source: SMMT). But popular doesn’t need to mean uninspiring – we’ve tested the Fiesta’s performance edition, the Ford Fiesta ST, to see if it’s the car of choice for avid drivers.

Meanwhile, Suzuki has facelifted its iconic Swift, and we’re pleased improved safety means it’s no longer a Which? Don’t Buy. There’s plenty of other small cars to consider too – we’ve reviewed the crossover-styled Suzuki Ignis, Vauxhall Crossland and Peugeot 2008.

And for those that need a bit more room, we’ve put mild hybrid versions of the Volkswagen Golf and the BMW 3 Series Touring through our tough tests. Find out all the latest results through the links below.

Best cars for 2021 – whatever size of car you’re looking for, our experts have got you sorted. Our professional lab and road tests reveal the most fuel-efficient, practical and great to drive cars on the road.

Why the Suzuki Swift is no longer a Don’t Buy, but the Ignis still is 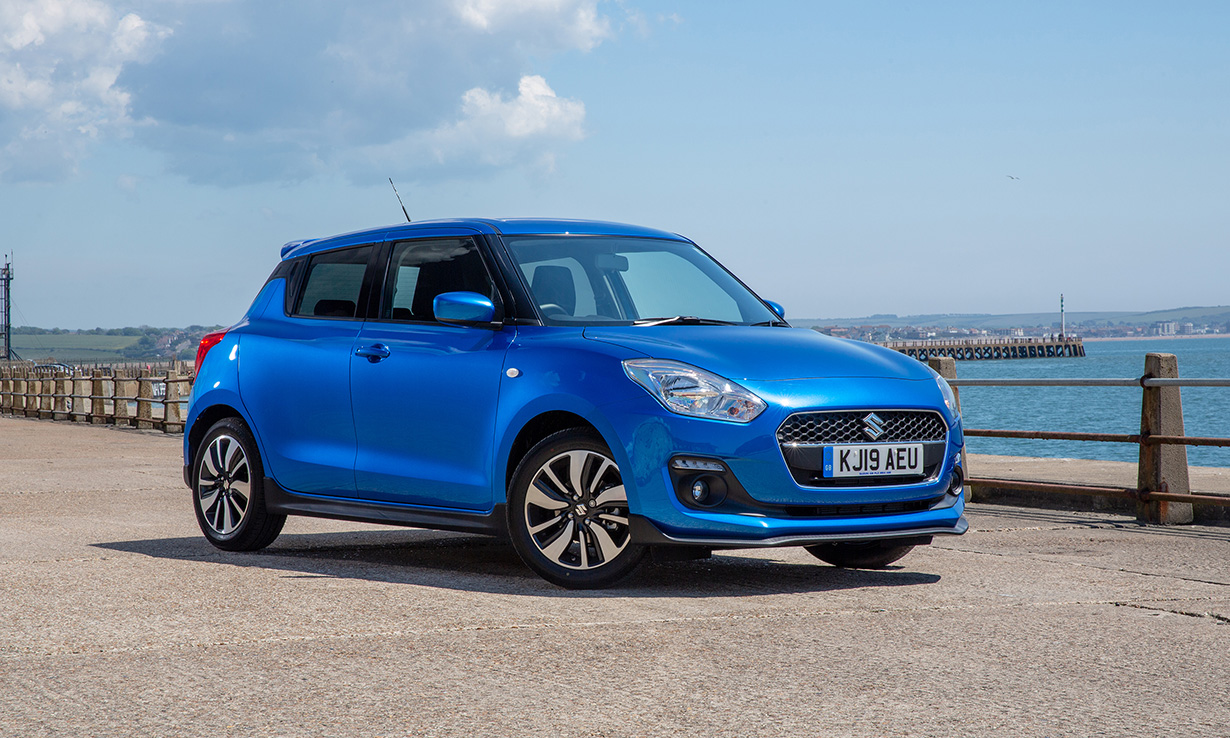 The Suzuki Swift (£13,725) is a supermini for those looking for bags of character. But when the sixth-generation Swift originally launched in 2017, standard safety equipment was below-par.

As a result, most versions (all except the range-topping SZ5) received only three stars out of five in safety body Euro NCAP’s crash tests. We don’t believe good safety should be an optional extra, so made the Swift a Which? Don’t Buy car.

However, the Swift’s 2020 facelift gives reason for cheer. A safety pack giving vital autonomous emergency braking (AEB) technology, which applies the brakes when it detects an imminent collision, is now standard across the range. This greatly reduces the force of a collision, and could well save your life.

Following the Swift’s 2020 facelift, the four-star rating from Euro NCAP for cars with the safety pack now applies for all Swift models, so it’s no longer a Which? Don’t Buy. Upgrade beyond the entry-level model and you can make the car safer still with more advanced dual-sensor braking support, a motorway lane drift prevention system, blind-spot monitor, traffic sign recognition technology and rear parking sensors.

This car could now be worth a look, provided it’s great to drive, is economical and has low emissions.

Find out how the 2020 facelifted Swift performs in our extensive tests – see our Suzuki Swift review.

Unfortunately, it’s not similar good news for all of Suzuki’s latest cars. 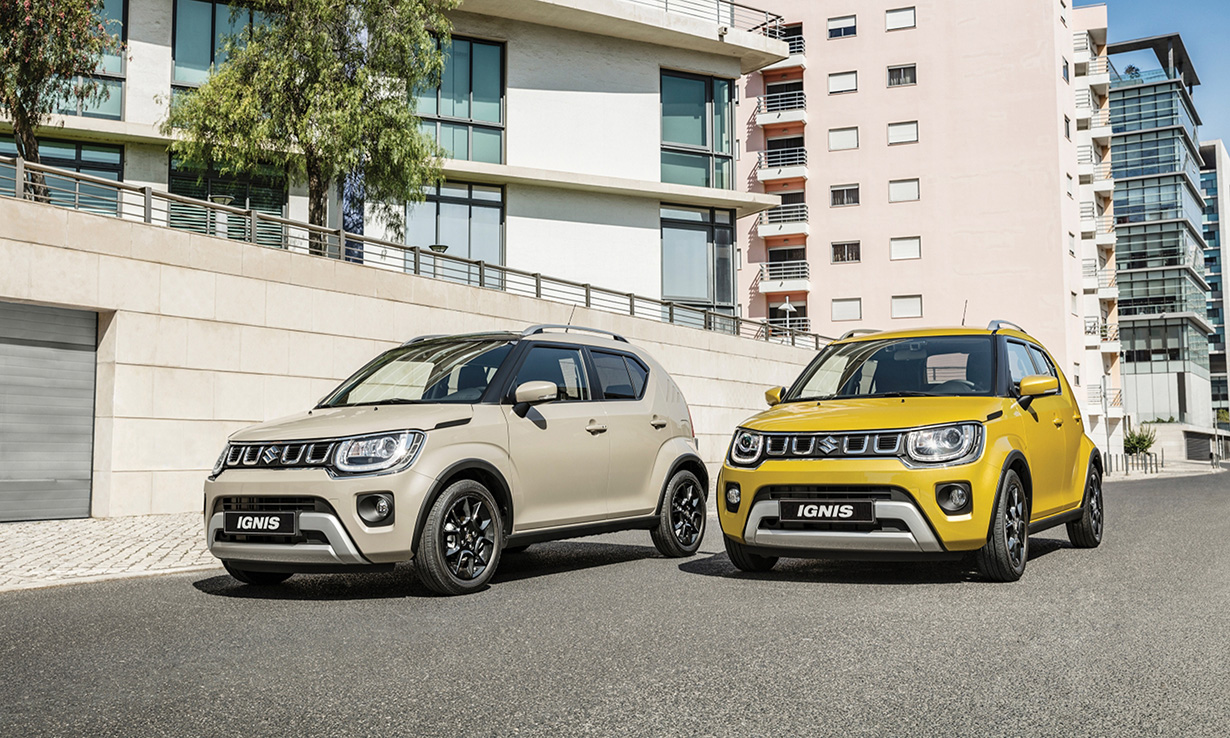 The similarly-priced Suzuki Ignis city car (£13,265) might seem like a great alternative to a supermini – it looks like a tiny SUV, and it too has been newly facelifted.

However, it’s not been given the same safety treatment as the Swift. You still have to pay £750 extra for Suzuki’s dual-camera brake-support system on all models except the top-spec SZ5. This system automatically brakes the car when it senses an imminent crash at low speeds.

Without this system, the Ignis only gets a mediocre three stars out of five from Euro NCAP, making it a Which? Don’t Buy car.

If you’re tempted by the Ignis’ however, choose the SZ5 model, as the safety tech is so effective Euro NCAP awarded this model five stars out of five in its crash tests. The 2020 facelift improved its quality and brought in an updated mild-hybrid engine.

Find our more in our full Suzuki Ignis review. 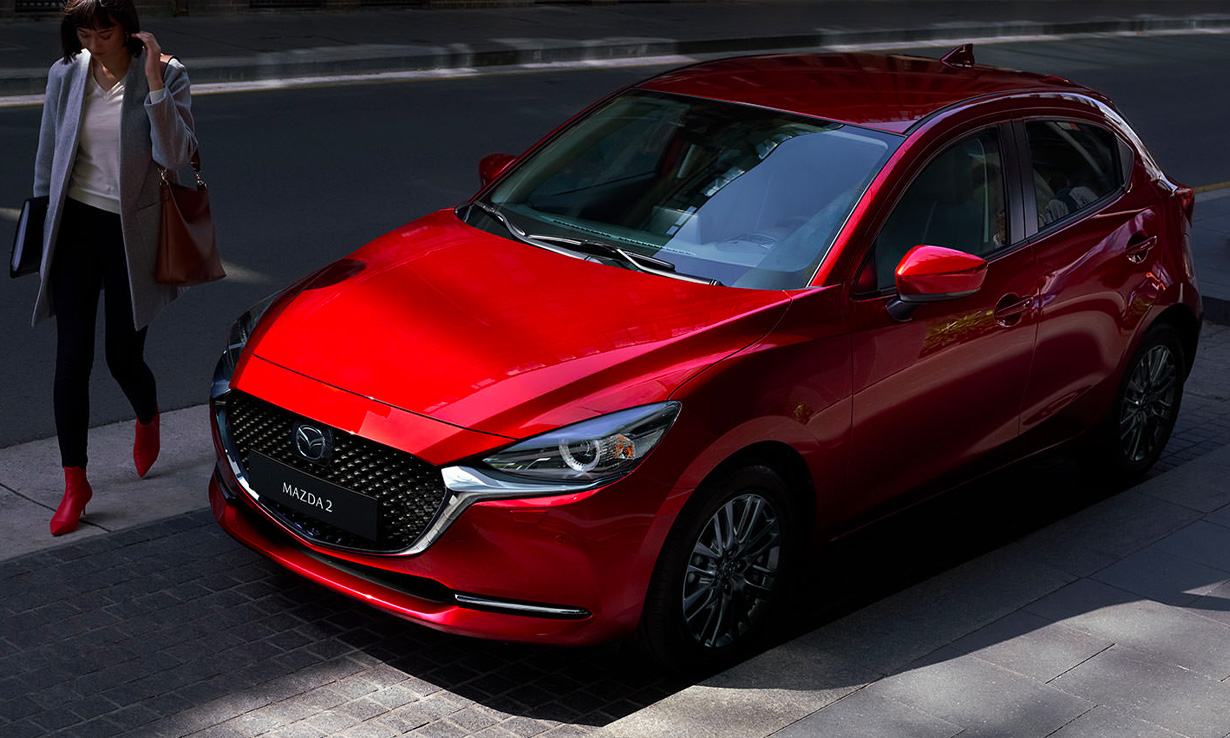 Mazda’s third-generation 2 supermini, launched in 2015, has been refreshed not once, but twice; its first update was in 2017.

The latest change brings in a mild hybrid engine, offered with a manual gearbox, and improved interior trim and other cosmetic changes.

Mazda is well-known as a brand emphasising fun, sporty driving. Does this ring true with its smallest car and what effect does that mild hybrid engine have on its fuel economy?

Our experts put it to the test – see our Mazda 2 review. 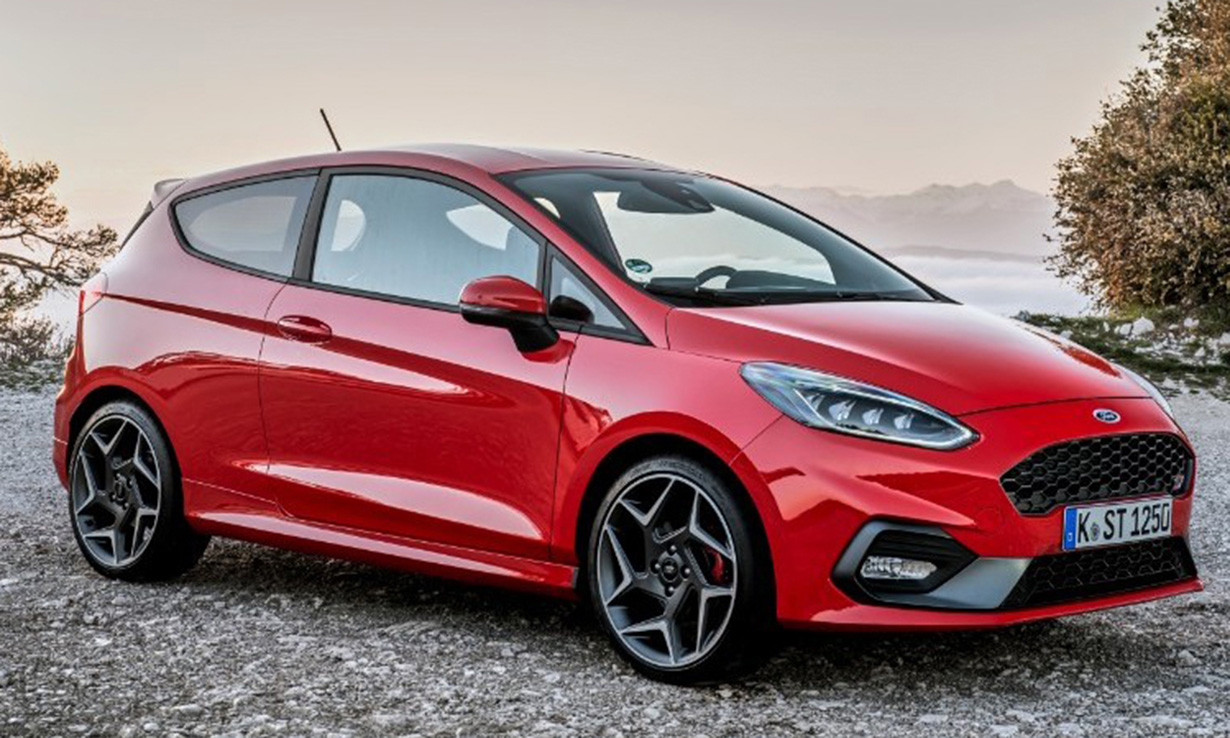 Ford has quite the hot hatch reputation, so when it claims the latest ST is more fun to drive than ever before, it’s certainly worth paying attention.

The 1.5-litre 200hp ST is the top-of-the-range Fiesta, designed by Ford’s Performance team with extra bracing for strength and stiffness, unique suspension and other technology, with six-speed manual transmission the only gearbox option.

Could this be the dream car for exciting driving, while being practical too? We reveal all in our Ford Fiesta ST review. 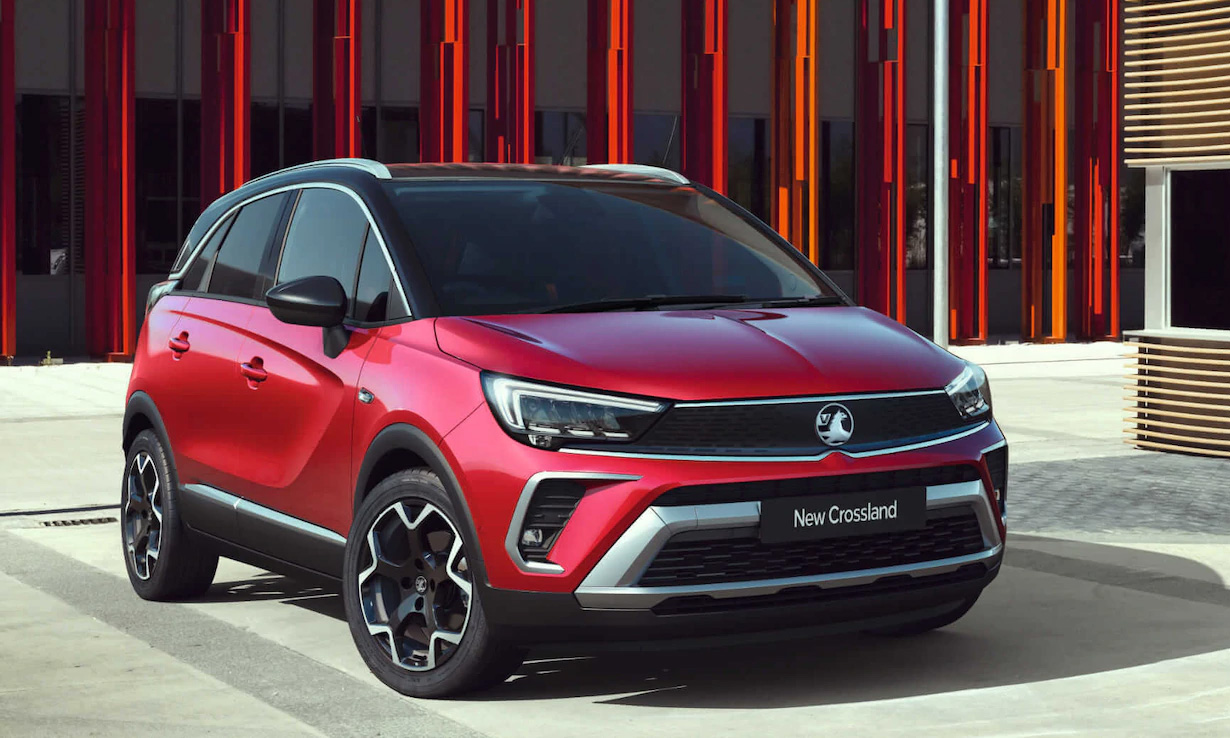 SUV styling is hugely popular in crossovers – even with small ones – but the Crossland actually has more MPV styling than SUV. Vauxhall has dropped the ‘X’ from 2017’s Crossland X for this updated model.

The exterior styling has been refined, with LED headlights now standard across the range. Seat and dash layout have been altered, too. 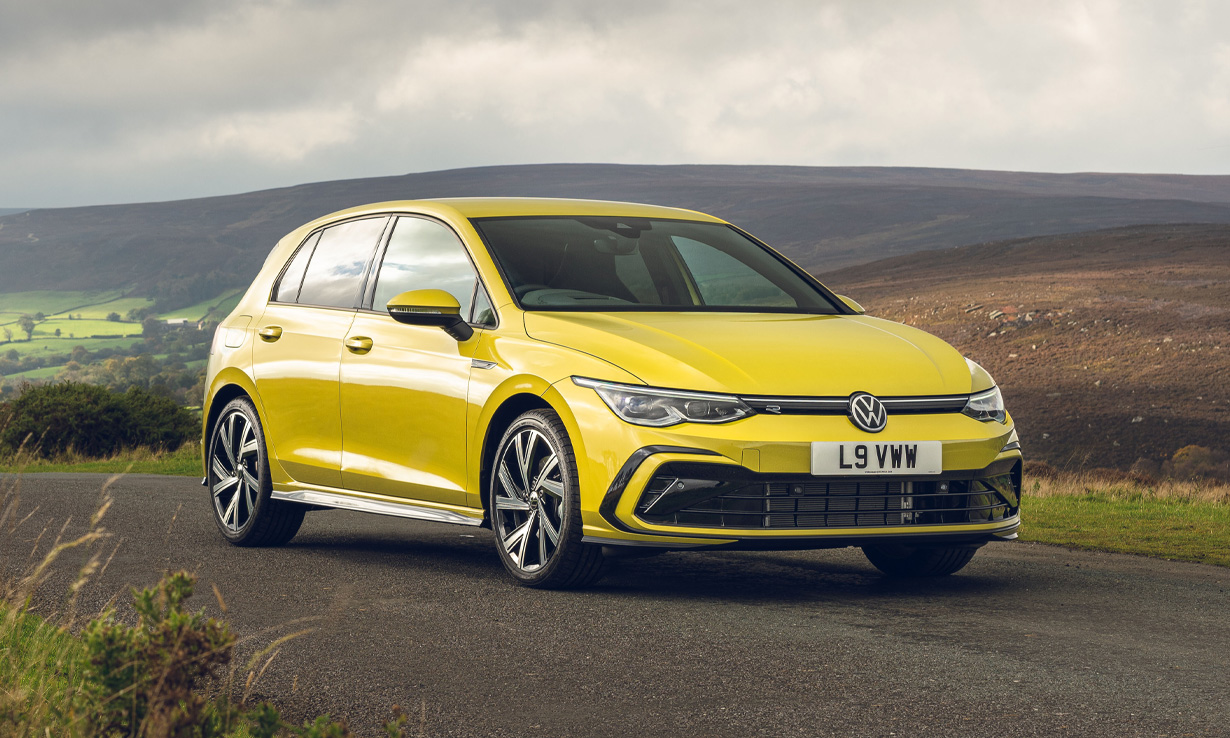 For those needing something a little more spacious than a supermini, the Volkswagen Golf remains an extremely popular choice.

As the move to electrified cars grows, we’ve just tested the Golf’s latest, least powerful engine – the 110hp 1-litre three-cylinder petrol, which Volkswagen has boosted by mild-hybrid tech when combined with the DSG transmission.

Has Volkswagen managed to make practical car even more economical, and how fun is it to drive? We have all the answers in our Volkswagen Golf review. 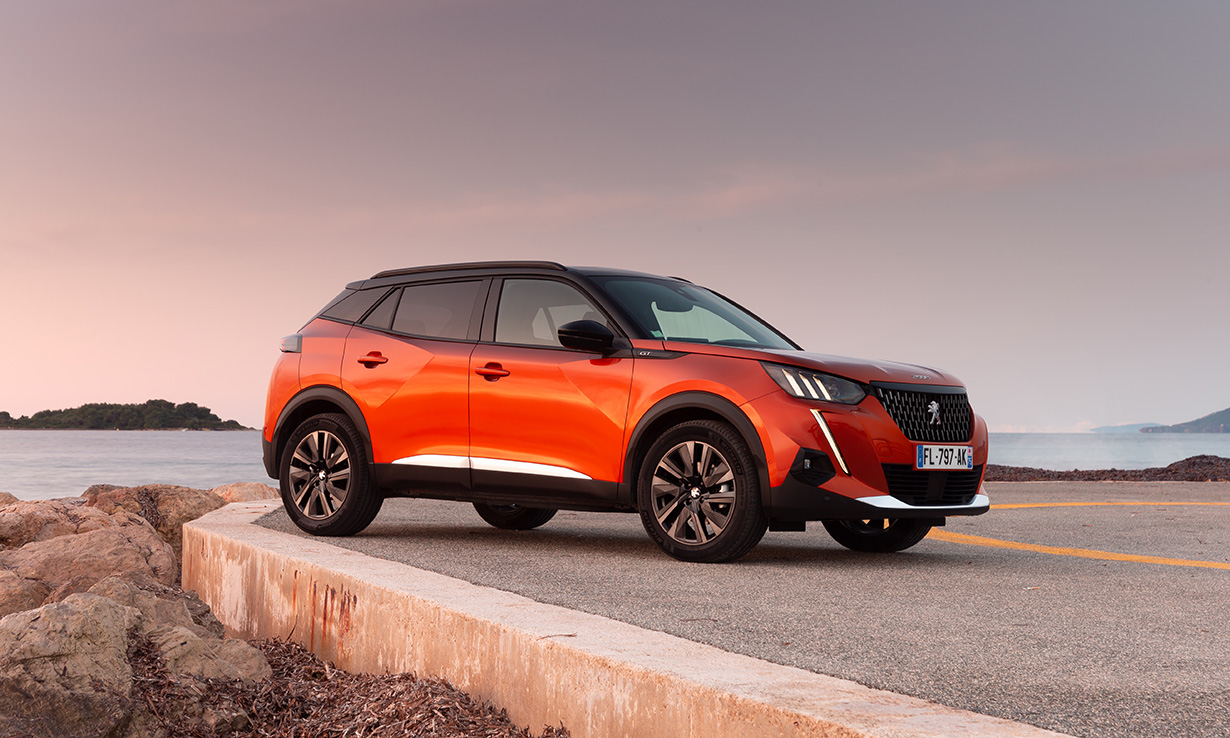 The 2008 is Peugeot’s answer to those craving more SUV style and practicality over its well-known 208 supermini. This small crossover has been extended in every direction over the 208, giving more room for passengers and luggage.

There’s a choice of five engines – this includes petrol and diesel options, as well as all-electric version with an electric motor that provides 136hp and a claimed range of up to 206 miles.

Find out if this is the compact SUV for you in our exclusive Peugeot 2008 review. 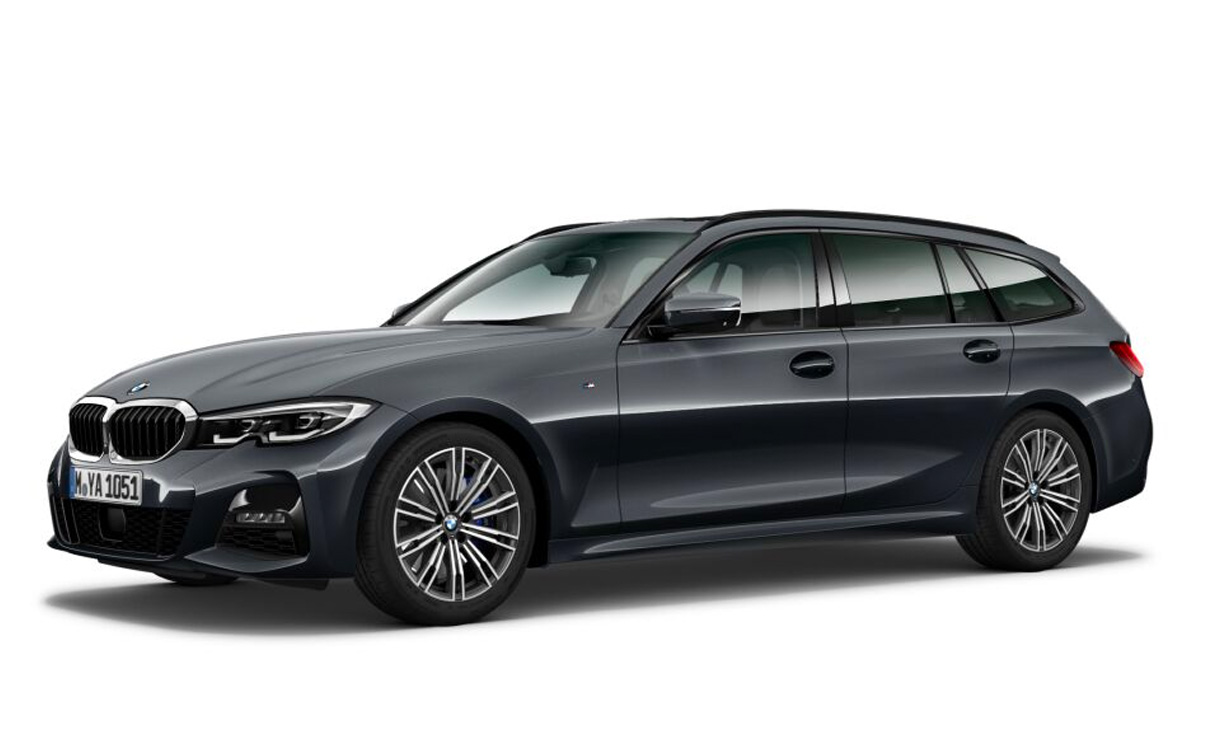 The BMW 3 Series is central to BMW’s range, and the Touring is the estate model – it offers even more space. If you’ve been cramming everyone into a supermini for years, it could be worth an upgrade.

In 2020 BMW introduced mild-hybrid technology to the 3 Series Touring. This means a small battery backs up the combustion engine. The technology is supposed to make cars more fuel efficient, but our tests have revealed mild hybrid technology can be rather hit-or-miss.