Imagine if a major fuel chain such as Esso announced you could no longer pay for your petrol or diesel with cash, credit or debit cards at most of its fuel stations.

Instead, the company said you can refuel your car, but first you have to download a poorly rated app on your smartphone, which may not work very well.

The alternative to that app is that you must order a special Radio Frequency Identification (RFID) card, set up a payment account with Esso online and then link it to the card.

But this same RFID card is not going to work with BP, Shell or supermarket petrol stations. It could, but it won’t. Nor will the app. Instead, you’re going to need different apps and/or RFID cards for most other brands of petrol stations – and there are more than 30 of them.

As consumers, we wouldn’t stand for this happening on our forecourts, but this is the reality of electric car charging in the UK.

You might not drive an electric car today, but the sale of new petrol and diesel cars will be banned as of 2030. That’s less than nine years away. Like it or not, we will soon all be dependent on this charging infrastructure and the number of pure electric cars on UK roads is expected to rise from 210,000 today to around 12m in 2030.*

Our investigation into public charging has revealed five problems that need to be solved to make it simple, useful and appealing to UK people.

Ready to go electric? Our independent lab and road tests have revealed the best electric cars

Electric car charging could be better than petrol or diesel

Electricity has a major advantage over fossil fuel: it’s everywhere already. It costs just hundreds of pounds to turn a lamppost or bollard into a charger. Or install a bespoke point. Forget having to make special trips to a fuel station.

Imagine that just about everywhere you go, you could plug in and top up your car when it needs it. Your car will charge while you’re away doing what you need to do, whether it’s shopping, visiting friends or just relaxing at home.

Even better, some chargers are free. Often found in places such as supermarkets and other businesses, electricity is free to their customers. For example, Tesco’s 7kW and 22kW chargers are free (although you do need to pay for the quicker, rapid chargers).

Pod Point is the supplier and is big in free charging – around 70% of its chargers are free to use. Ever heard of someone giving away free petrol? Neither have we. 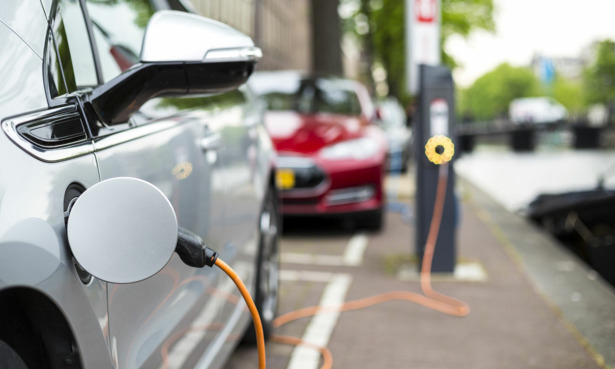 There are currently more than 30 charging networks across the UK. Unlike petrol stations, in the vast majority of cases you can’t just park up and charge.

Long journeys in an electric car currently require an element of planning, followed up with a downloading of apps and setting up of accounts, either in advance or when you reach the charger. Just don’t accidentally leave your phone at home or forget to charge it.

Only a minority of charging points in the UK allow you to pay directly by credit or debit card without going through an app or website. According to figures from Zap Map, just 8% of chargers in the UK are both rapid (quick to charge) and accept contactless payments.

The government did advise that all new rapid chargers built from spring 2020 should allow pay-as-you-go, contactless card payments. But as it’s not legislation, some networks have chosen not to follow this advice.

GeniePoint has continued to build rapid chargers through 2020 and early 2021 that don’t have the ability to take contactless payments.

GeniePoint is run by Engie. A spokesperson for Engie has told Which? that contactless payments will be rolled out across its chargers from this year.

Some chargers that can accept contactless payment will charge you more for using your bank card as opposed to using the network’s dedicated app or web interface. In effect, punishing you for paying by card.

All the while, the network-specific apps that many people will be reliant on are some of the most poorly rated apps on the Google Play store.

Universal access is challenging, but it is essential. We need one app, one RFID card and one account that allows you to access all networks wherever you are in the UK. This isn’t to stop networks having their own apps, cards and membership schemes, it’s to make sure there’s a universal default.

Ideally, that RFID card (or similar) could top up an account with actual cash via, say, the Post Office, in the same way some people pay utility bills or top up electricity meters.

No network we spoke to accepts cash, which is another drawback of electric car charging compared with how petrol and diesel owners can pay for their fuel.

Some electric cars are thirstier than others. Use our unique, independent electric car reviews to find the models with the lowest running costs. 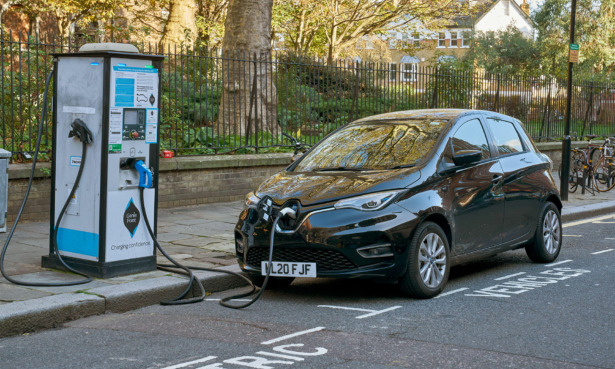 Most electric cars can receive rapid charging via DC and this is the fastest way to top up your car’s battery. The issue is there are two entirely different DC plugs – CCS or Chademo – both of which require their own socket.

Most cars that can receive a rapid charge today have a CCS socket. The outliers being both generations of the Nissan Leaf and the Mitsubishi Outlander PHEV, which have a Chademo socket.

The same problem existed with multiple AC sockets until the EU decreed in 2014 that all new plug-in cars should have a ‘Type 2’ (or Mennekes) AC socket. But no such announcement has been made for DC.

All chargers must already have a CCS plug – we’d like it to made official that all electrified cars should have a CCS socket.

This will help make driving and charging an electric or plug-in hybrid car that little bit simpler in the long run. And the later we leave it, the more complicated the situation will be.

Nissan’s new Ariya SUV will have a CCS connector, which many have taken as a harbinger of the imminent demise of Chademo.

Got off-street parking? Find out what you need to know about electric car charging at home. 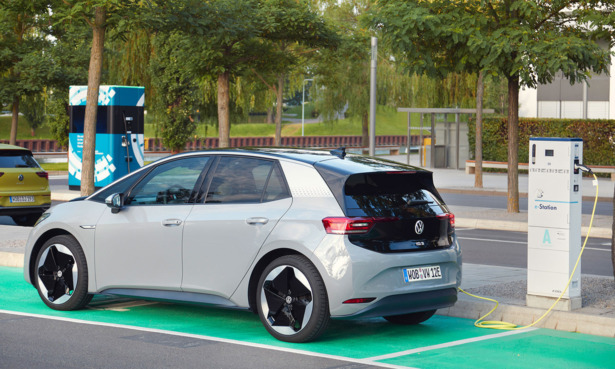 3. Charging by time can be confusing

Some charge points and networks charge per minute, rather than by kWh (the electric car equivalent of pence per litre). This makes it difficult for you to compare prices.

The fifth largest network in the UK, Source London, charges per minute.

From our tests, we know the all-electric Volkswagen ID.3 with a 58kWh battery requires 2,795.43 kWh over a year’s mileage of 9,000 miles. When we crunched the numbers, we found it will cost you:

If you plugged the VW ID.3 into the 22kW Source London chargepoint – and keep in mind most cars have a maximum AC charging rate of 11kW, including the ID.3 – that rises to:

Source London points out that these rates include on-street parking rates whereas others don’t. However, Source London also confirmed that even if your car reaches 100% charge, you’ll continue to be charged at the same rate until you disconnect the car (unless charging overnight, where you will be cut off after four hours).

A Source London spokesperson told us: ‘Our price-per-minute pricing structure is designed to encourage users to disconnect their vehicle as soon as they’ve finished charging.’

Charging by time only makes things complicated. Charging by kWh makes rates easier to understand and possible to compare.

We’ve worked out, for example, that if you’re paying 29.8p per kWh for a typical medium-sized electric car, then you’re paying more to refuel than you would for the equivalent diesel car.

Which means you need to look for a lower per kWh rate to make the most of your electric car’s potentially low running costs – something you can’t do if the cost is per minute.

For more information about what rates to look for and how to cut your costs when recharging, go to how much does it cost to charge an electric car. 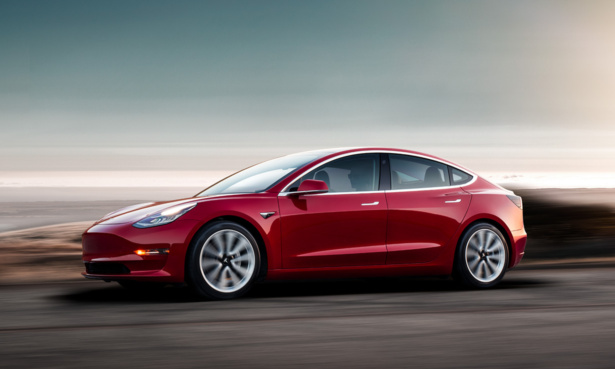 Tesla is a trailblazer and a market challenger. The Tesla Model S saloon and its mind-blowing (for the time) range proved that electric cars weren’t just meant to be secondary vehicles. And a crucial way Tesla made its cars even more convenient was to establish its own supercharger network and destination charger network.

Unique to Tesla, the supercharger network uses a Type 2 plug that’s capable of delivering rapid DC – it’s the only Type 2 plug to do so. Each supercharger unit also has a CCS charger, which means other electric cars could use it.

Except they can’t. Tesla’s superchargers aren’t open to other brands of car. Asked if the firm would change that, a Tesla spokesperson told us ‘we would not make future looking statements’.

Tesla superchargers have power levels from 120kW to 250kW, and charge their owners just 26p per kWh. So one of the fastest, most prolific and affordable set of ultra-rapid chargers is locked off to one brand.

Tesla also has a separate ‘destination’ network, comprised of Type 2 AC chargers with rated power outputs from 3kW to 22kW. You’ll find these in places such as hotels where people will spend a reasonable amount of time; hence the name.

Destination chargers can be unique to Tesla, or open to all with a Type 2 plug. Tesla says it advises hosts that ‘wherever two chargers are installed, we encourage one to be universal and one to be Tesla only’.

Having charging points that most electric car drivers can’t use is almost as bad as not having them at all.

Imagine if Ford had its own branded pumps at petrol stations. Only Ford cars could use it, but Ford cars could also use all other pumps on the forecourt. How happy would you be as a non-Ford owner? 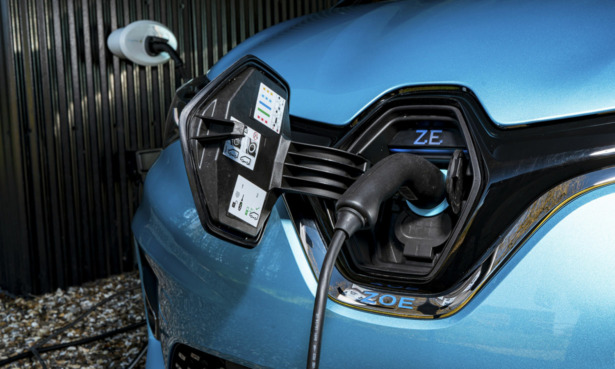 5. Charging speeds are too confusing

All slow and fast chargers (so all 3 to 22kW chargers) provide AC current, which your electric car’s onboard charger converts to DC so it can then be channelled into your battery.

But just because a 22kW charger exists, this doesn’t mean your car can actually receive a 22kW charge. The Renault Zoe is the one of the only cars we know of that can make full use of a 22kW charger.

Most cars on the market are limited to a maximum AC charge rate of 7.2-11kW – although you can still connect to a 22kW charger, as the car will manage the rate of charge and take what it can. Any car capable of rapid charging also has an entirely separate maximum DC charge rate.

The problem is that drivers could choose a charger with a higher rate of power when it’s of no use, potentially taking it away from another driver who could make better use of it.

Faster charges are also more expensive. Based on the VW ID.3 and our tests, you will pay per year:

The solution? There’s something simple that car manufacturers can do to make life easier: just as some cars have ‘diesel’ or ‘petrol’ labels on their fuel caps, a car’s maximum AC and DC rates could quite simply be printed next to its charging sockets.

It will encourage drivers to pick an appropriate charger, freeing faster ones up for those who can take advantage of them, and may save them money.

Our independent lab and road test will help you choose the right electric car for your needs and budget – see all of our electric car reviews.