Towards the end of 2020, Apple proudly unveiled macOS Big Sur, the successor to macOS Catalina and the new ‘must have’ operating system for Mac owners. Six months on from its release, is it still worth upgrading your machine if you haven’t done so already?

Apple’s Big Sur becomes the first version of macOS designed specifically for the tech giant’s new homegrown M1 processor, which can be found powering the latest MacBooks and Mac minis (although owners of many existing Intel-based Macs can upgrade to Big Sur, too).

Read on as we explore some of Big Sur’s key features, including an improved Notification Centre and privacy enhancements that aim to protect you against data-grabbing malware.

Which? Tech Support – we’ll help you tame your tech

Have you upgraded to macOS Big Sur yet?

Months have passed since Apple launched Big Sur, but the update isn’t mandatory, which means many Mac owners are still working with an old OS.

In fact, we published a poll over on the @WhichUK Twitter account and saw that the majority of respondents still haven’t upgraded to Big Sur. Take a look at the results of our poll here:

It’s been six months since Apple launched macOS Big Sur – have you upgraded yet?

If yes, how have you found it?

If you’re still deciding whether or not to upgrade your own Mac, have a look below at some of Big Sur’s headline features. 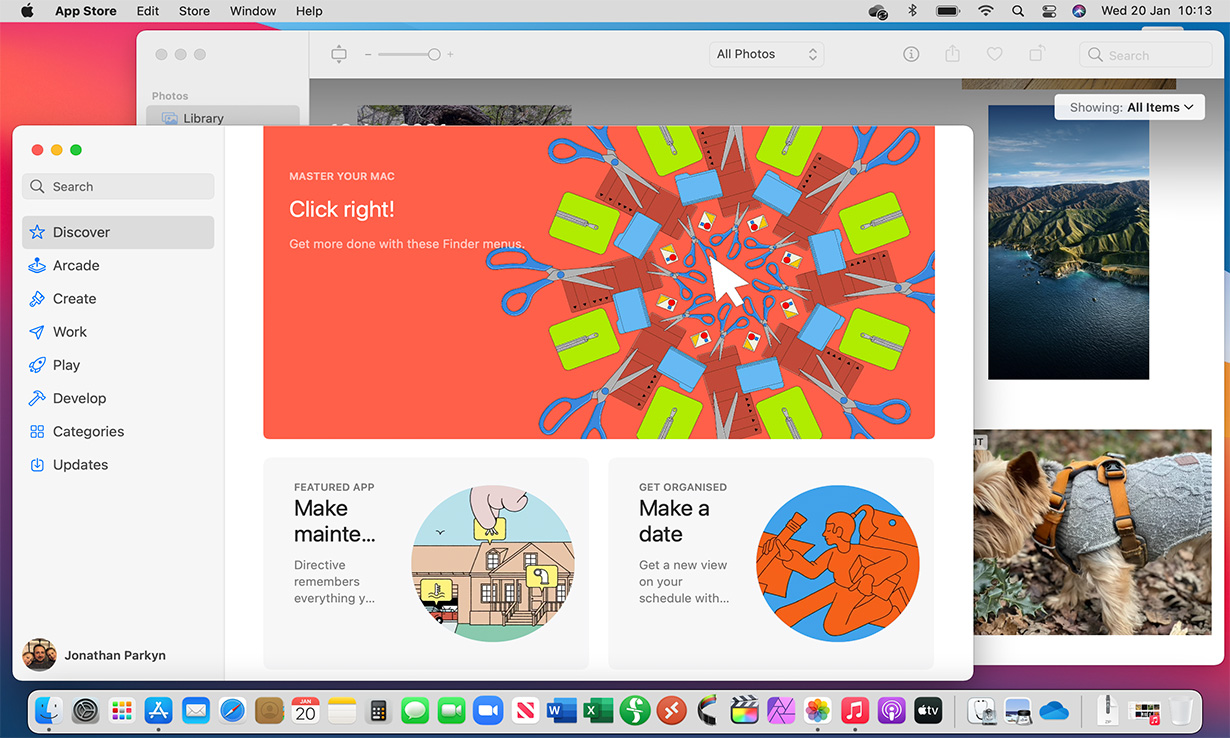 On iPhone and iPad, the Control Centre is a handy panel of shortcuts to key settings and options – brightness, volume, wi-fi, Bluetooth and more – accessed by swiping down from the top of the screen (or up from the bottom on older iOS devices).

The principle is the same on Macs running Big Sur. Click the toggle switch icon in the top right of the toolbar to reveal the drop-down Control Centre. You can customise the shortcuts and options available in System Preferences > Dock & Menu Bar. 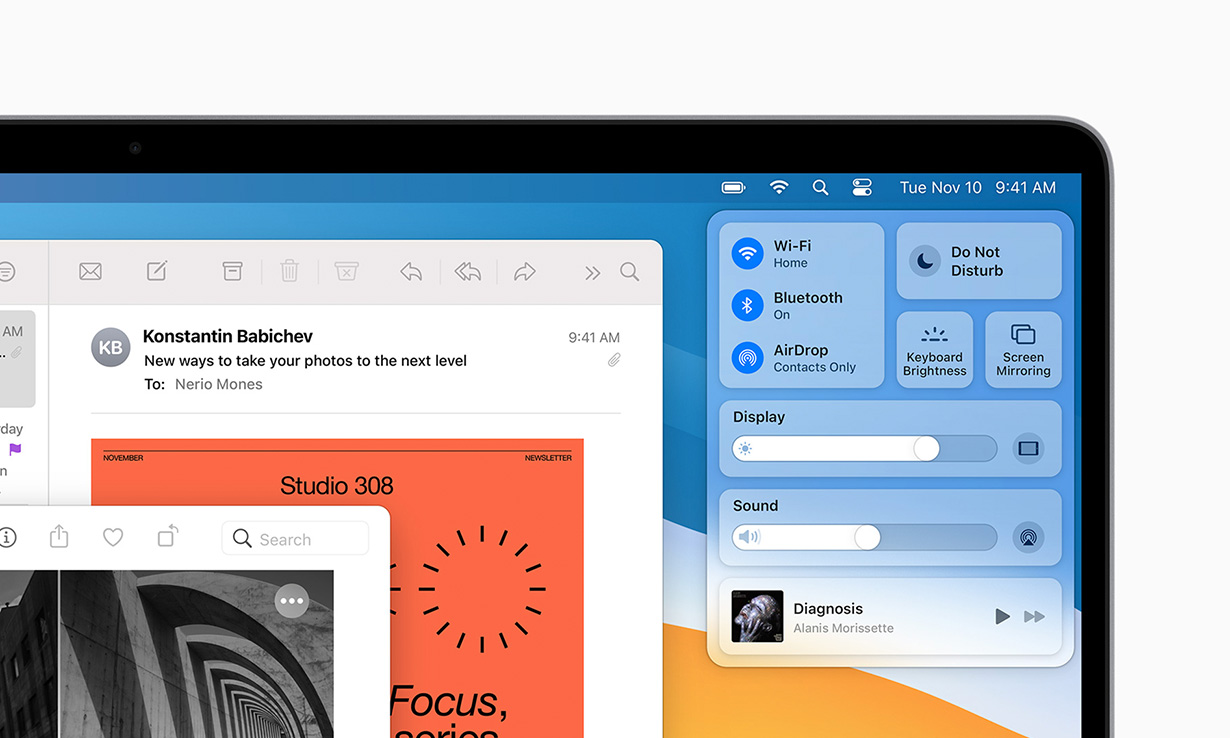 The notification area gets a big boost thanks to the addition of widgets – mini app windows that let you see your day’s calendar appointments, a weather summary or the top news stories.

You can customise which widgets are displayed here and choose from three different sizes for each one – just open the Notification Centre by clicking on the date and time in the right of the top toolbar, then scroll down and click Edit Widgets. 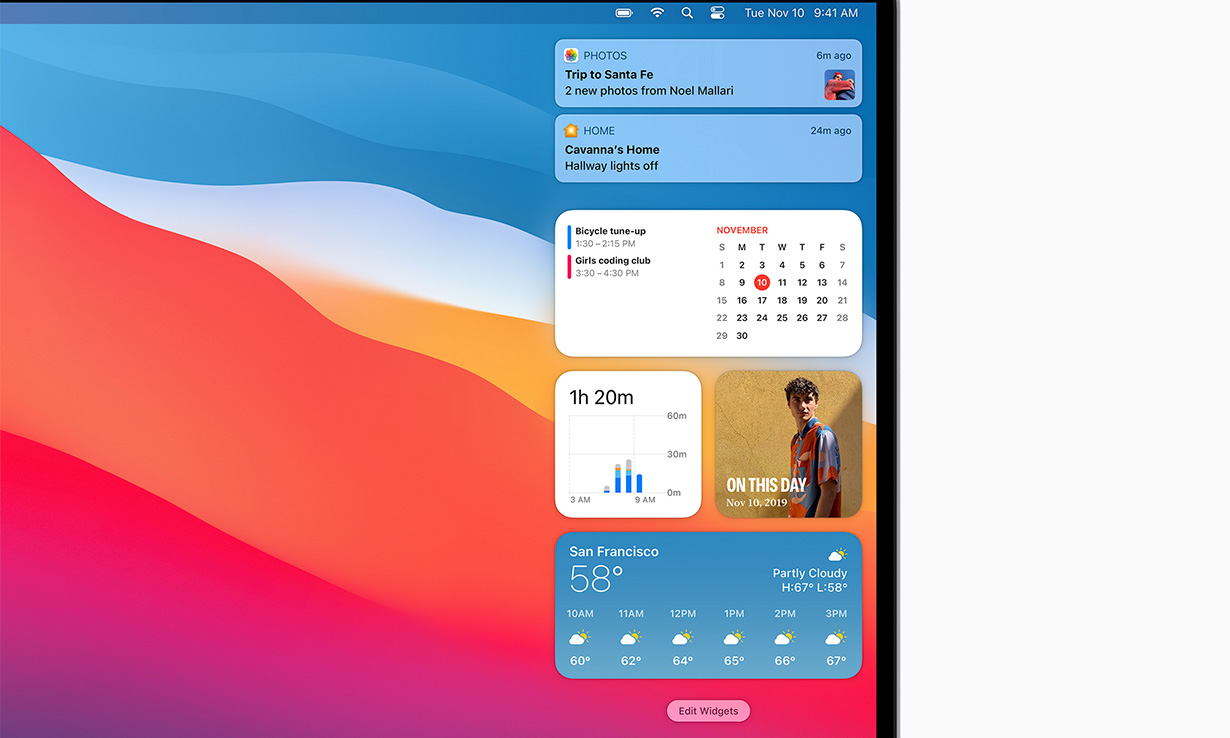 Big Sur comes with a new version of Apple’s web browser, although you don’t actually need to upgrade your entire OS in order to get Safari 14. Users of macOS Mojave (10.14) and Catalina (10.15) can install it as a standalone update via System Preferences > Software Update.

New features include a customisable start page, which lets you choose a background and select what information you want to appear whenever you open a new empty tab – Favourites, Frequently Visited, Reading List and more. Safari now displays a preview of each open webpage when you move the mouse cursor over your tabs. And you can now view a Privacy Report on every page you visit – click the shield icon to the left of the address bar for this. 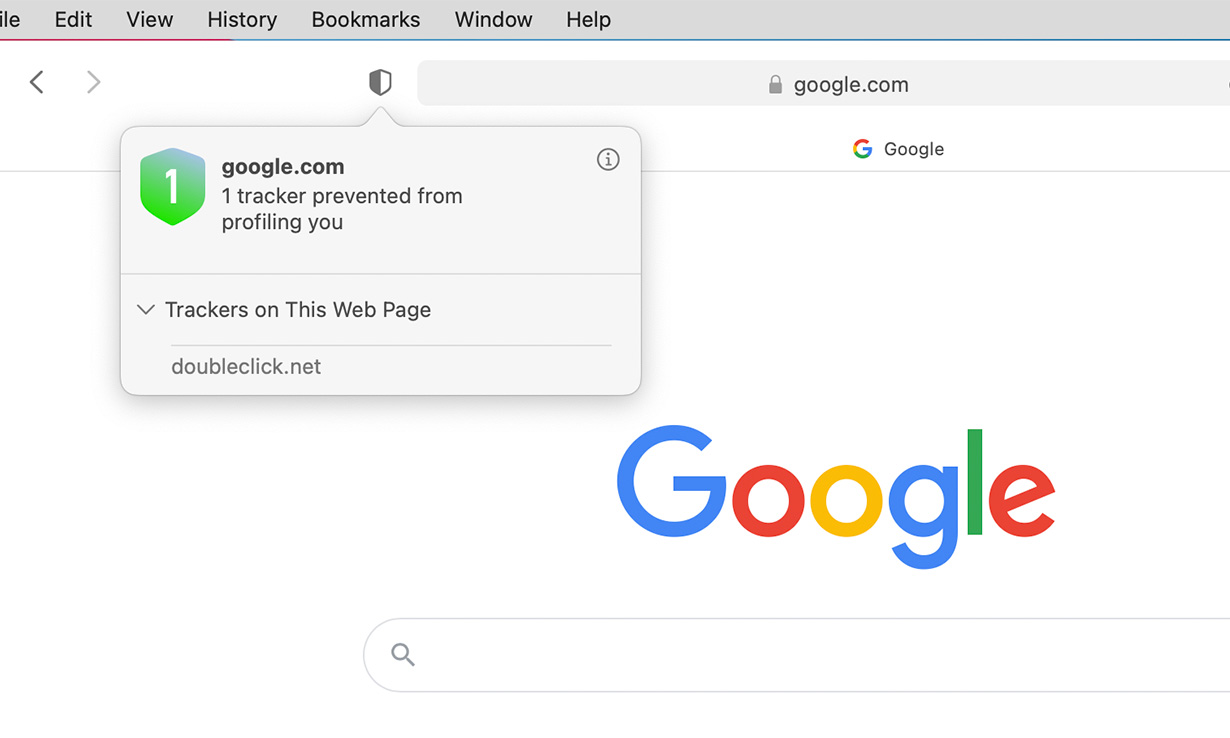 5. New features for other apps

Apple’s Messages app gains the ability to pin conversations, reply to specific messages and more. The Maps app now offers dedicated journey-planning routes for cyclists and electric vehicle owners, as well as a Google Street View-type feature called Look Around. Apple’s Photos, Music and HomeKit are among the other apps that receive new features via Big Sur. The update process has been streamlined, too. Updates now happen in the background and finish more quickly than before. 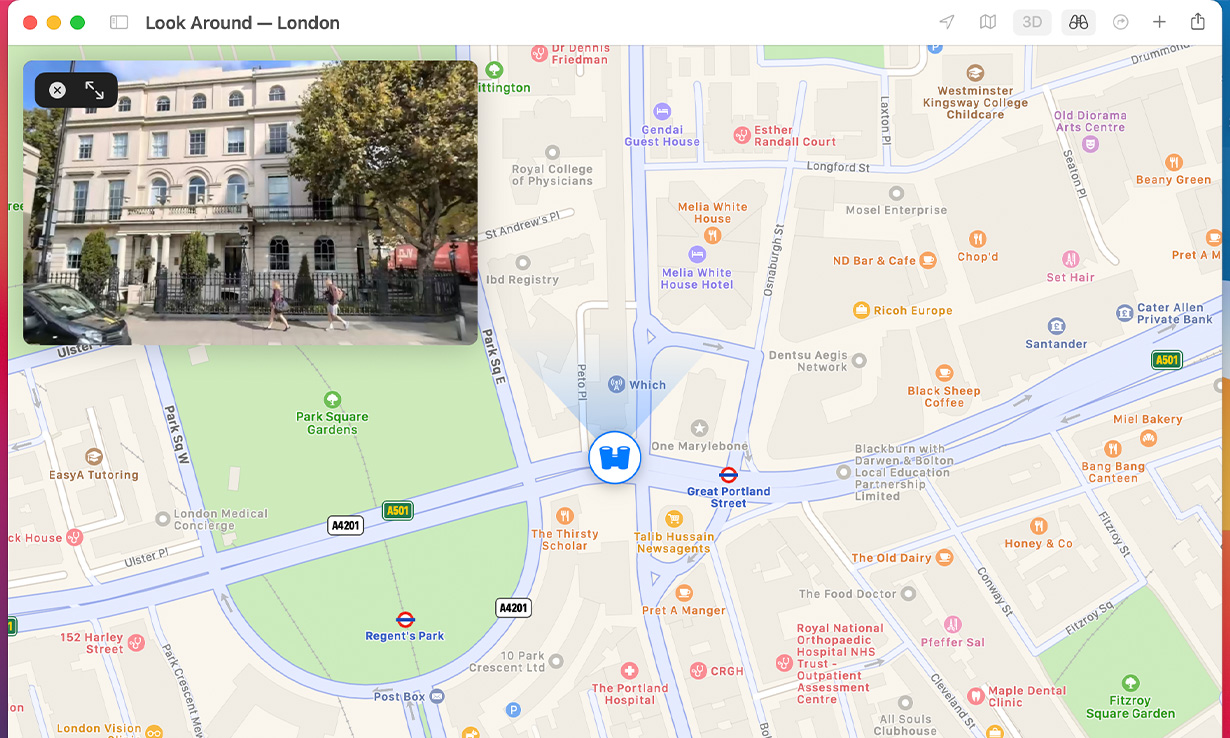 Big Sur makes it possible to run iOS apps natively on your Mac computer, without having to pay again for apps you already own.

However, iOS apps will only run on newer Macs with Apple’s new M1 processor, meaning this feature will be unavailable for the vast majority of Mac users. Plus, individual developers decide if they want their iOS apps to be available on macOS, meaning not all apps are automatically available. 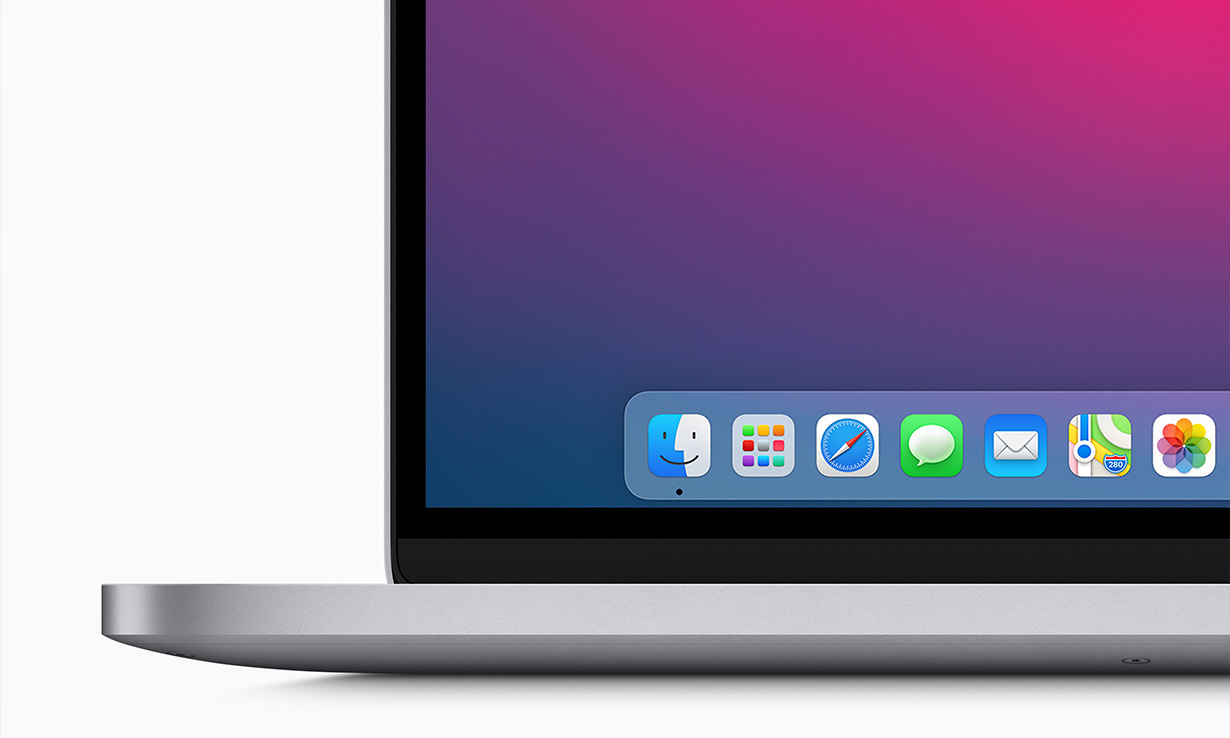 Big Sur improves your Mac’s overall security by introducing a new layer of system-wide cryptographic technology called ‘signed system volume’. This protects all your computer’s system files from malicious software or tampering by blocking any activity that it doesn’t recognise. You don’t need to do anything to switch this on – it’s enabled automatically when you install Big Sur.

Meanwhile, the Big Sur version of Safari offers its own selection of privacy improvements, and the new App Store app now features a section on every app’s privacy practices, including the way your data is handled. 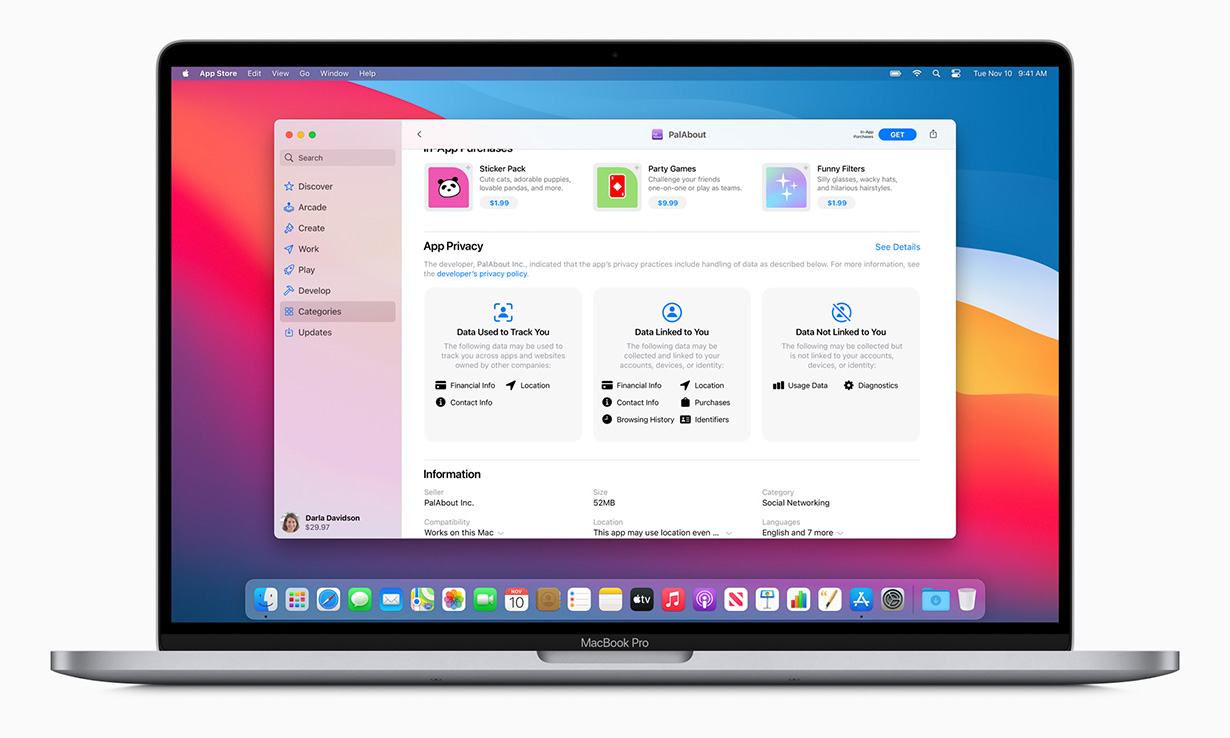 There’s a good chance that your Mac can run Big Sur, according to Apple’s ‘How to upgrade’ page.

But before you make the change, Apple suggests backing up your Mac (and therefore your most important files) just in case you run into trouble during the process.

If your Mac is running OS X Mavericks 10.9 or later, you can upgrade directly to macOS Big Sur. Here’s what you’ll need:

* When upgrading from an earlier release, macOS Big Sur requires up to 44.5GB of available storage. 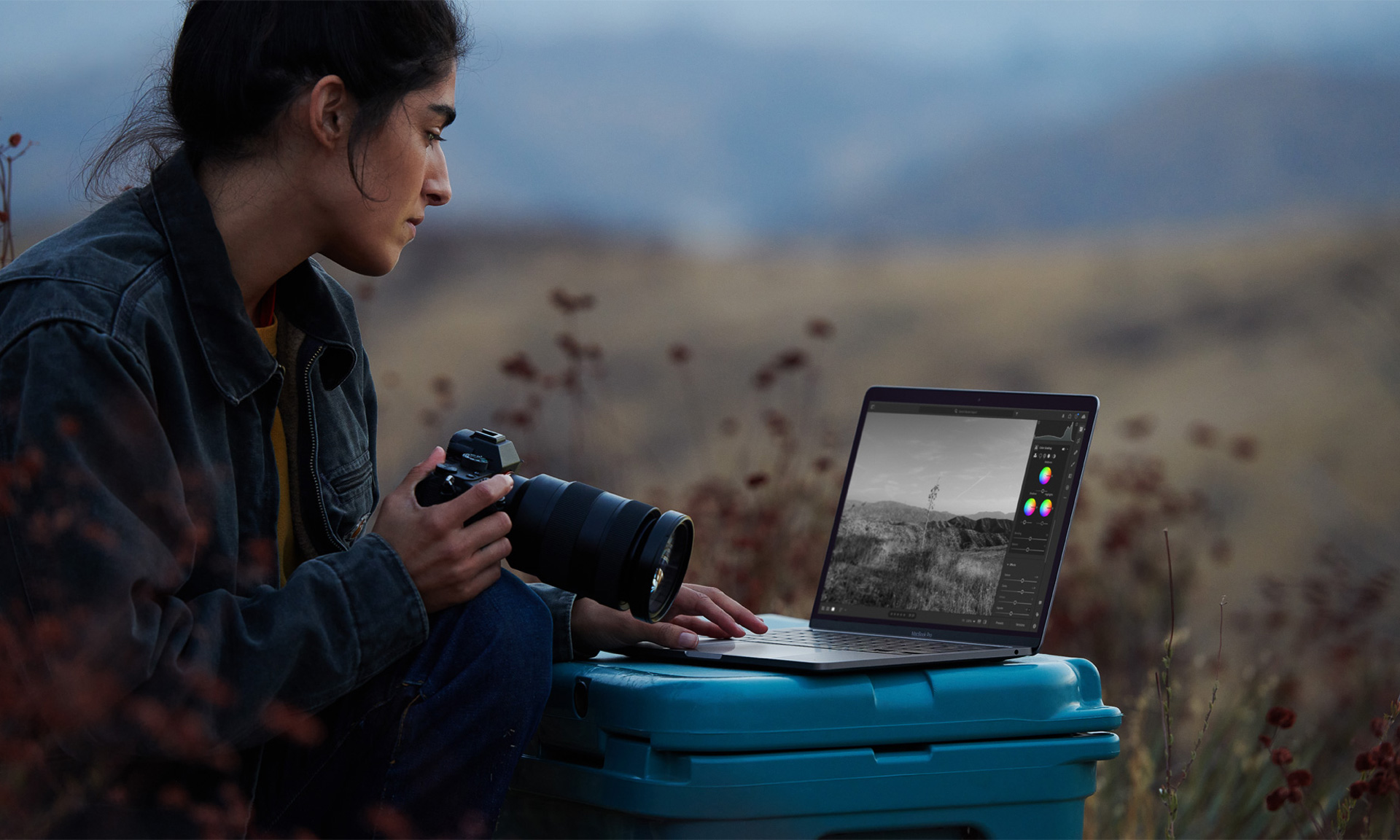 Revealed: the best MacBooks for 2021

If you think you’d enjoy using Big Sur on a brand new Apple laptop that’s powered by an M1 processor, our expert reviews can help you choose wisely.

Every laptop that reaches the Which? test lab is scored on ease of use, performance, battery life and more. Our highest-scoring Apple laptop offers impressive battery life, a great screen and powerful speakers.

Discover which Apple laptops have aced our rigorous lab tests with our guide on the best MacBooks for 2021.