E-money firm Pockit, offering current accounts to people rejected by high street banks, has locked some customers out of their accounts with no clarity on when they’ll regain access.

Affected customers have been asked to provide verification documents and evidence of the source of their funds as part of a review into their frozen accounts.

Financial firms are required under Financial Conduct Authority (FCA) rules to carry out reviews and freeze accounts if they have financial crime concerns. Pockit says that all of the affected accounts have been locked as a last resort to follow these rules.

Companies can also limit communication during a review to ensure they don’t ‘tip off’ the customer. As a result, many Pockit account holders are unsure why their accounts are frozen or when they’ll see their money again.

Here, Which? speaks to Pockit account holders who are locked out of their accounts and explains what to do if you find yourself in a similar situation.

Who are Pockit and why are they reviewing accounts?

Pockit offers pre-paid cards and current accounts to customers who have been ‘ignored or rejected by high street banks’.

Banks might decide to reject a customer for a current account if they have a poor credit score, low income or insufficient ID, among other reasons.

Financial firms like Pockit are obligated to carry out reviews and freeze accounts if they have possible financial crime concerns.

These are rules and codes of conduct set out in the Money Laundering, Terrorist Financing and Transfer of Funds Regulations 2017 (MLRs).

During these reviews, companies can limit communication to ensure they don’t ‘tip-off’ customers.

This could result in customers having difficulties contacting the financial firm or bank, though the FCA also told us it expects firms to provide ‘effective and reliable means for customers to contact them regarding any concerns about using their accounts.’

Frustratingly, there’s no specific timeframe on how long a review can take. This means customers who feel their accounts have been unfairly frozen could have no idea when they’ll regain access to their money.

The FCA advises financial firms to take additional care to meet the needs of vulnerable consumers at the greatest risk of harm, which includes those with low resilience to withstand financial shock, low knowledge of financial matters, and those with health conditions.

But there are a number of distressing reviews from Pockit customers on its Trustpilot page, with some customers claiming they’re unable to pay their rent or bills due to their accounts being frozen.

Others say their accounts have been under review for as long as a year with no indication of when the checks are likely to conclude.

As well as negative Trustpilot reviews, the Financial Ombudsman has received an increase in complaints about Pockit compared with last year.

It received 97 complaints about Pockit between January – April 2021, an overwhelming increase compared with the first four months in 2020 when fewer than 10 complaints were reported.

Pockit says it takes its obligations to vulnerable customers seriously and has trained support agents to identify and escalate queries if necessary.

‘I’ve got upcoming payments to make’

Sian hasn’t been able to access her account, which has more than £1,000 in it, since March 2021 despite providing Pockit with her documents.

When Sian complained, Pockit told her it hadn’t treated her unfairly and pointed to its T&Cs which state accounts can be suspended with no timeframe for how long.

Sian is understandably concerned and fears she’ll miss upcoming payments: ‘I’ve got my car’s MOT and insurance to pay. I have mobility issues so I rely on the car but I could end up losing it.’

She’s also frustrated that Pockit’s customer service line has been disconnected, which it says is due to coronavirus and staff working from home. But as Sian points out, ‘other companies have still got their telephone lines working.’

Pockit told us it favours live chat and email as the first point of contact after analysing response times and efficiency.

It said it’s often able to unlock accounts once customers send over the required documents, but on occasion, delays can ensue if the right information isn’t provided or if further action is needed.

Pockit can’t share reasons why an account is under review but told us it only locks accounts as a last resort. 0.2% of its customers have been affected by reviews. 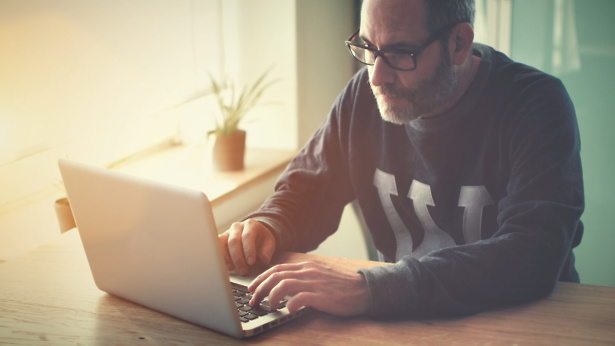 James Gould, from Warrington, took Pockit to the small claims court after his account was frozen.

He sent Pockit his verification documents but was unable to prove where his money was from as it was savings he’d put away at home.

‘It’s been a nightmare,’ he explained. ‘They’ve locked my account for over two months. The money was for rent and I nearly lost my house.’

James requested a default judgment after Pockit didn’t respond to his claim. This type of judgment means James’ claim was successful as Pockit, the defendant, didn’t file a defence.

Pockit was ordered to pay him £275 but hasn’t yet responded to the court order.

‘I’ve tried everything to get them to pay the court judgment or unlock my account,’ he said. ‘I’m at my witts’ end.’

Pockit told us it can’t comment on specific cases but says it’s been in ‘frequent contact’ with the customers we’ve spoken to.

Which? research*, conducted in August 2020, found that 2% of all current account holders said they’d been frozen out of their current account without explanation at some point in the previous 12 months.

Getting locked out of your current account for even a few hours can, of course, be hugely disruptive. If you do find yourself without access, here’s what you can do:

* The results are based on an online survey of 4,064 members of the public conducted in August 2020 and are representative of the UK population (aged 18+).