People moving home are facing waits of up to four months for mortgage applications to go through, with delays potentially scuppering house moves and costing thousands of pounds in early repayment charges.

Which? has received reports of people moving home and remortgaging facing significant waits, as lenders struggle with a rise in demand fueled by the stamp duty cut.

Here, we explain why lenders are taking longer than usual to process mortgages, and offer advice on what you can do to reduce the chances of a delay.

The stamp duty holiday has resulted in house prices soaring by more than 10% year on year, as buyers rush to get their transactions over the line to benefit from tax savings of up to £15,000.

The rush has brought about major delays in the home-moving process, with mortgage lenders and conveyancers struggling to keep up with demand. The property portal Rightmove says more than 700,000 people are in the process of moving home, resulting in the biggest log-jam seen in a decade.

Mortgage delays are bad news for homebuyers and homeowners looking to remortgage. In the most serious scenarios, delays in approving home loans can lead to chains collapsing, or homeowners running out of time when remortgaging and being moved on to their lender’s standard variable rate (SVR).

After having an offer accepted on a property, he contacted his lender to request to transfer his mortgage to the new home (a process called porting). As Chris’s mortgage was still in its fixed term, he would have been required to pay an early repayment charge (ERC) of nearly £10,000 if he took out a mortgage with a different lender.

Time was of the essence, as Chris’s buyer was also eager to complete before the end of the stamp duty holiday.

Chris’s mortgage was with Platform, part of the Co-Operative Bank. He says: ‘When we contacted Platform, we were only offered a callback in up to 10 working days. When they did call us back, we were informed it would take 16 weeks for the mortgage application to come through.’

Chris was concerned that such a long wait would leave his house sale in danger of falling through, but when he complained to Platform he was told nothing could be done.

To save Chris’s chain, his broker secured a mortgage with another lender. Unfortunately, this means Chris now faces paying the £10,000 early repayment charge to Platform. He has lodged a complaint against Platform to the Financial Ombudsman.

‘When we spoke to our customer, we were transparent and informed them of the potential timeframe so they were able to make an informed decision about what they wanted to do with their mortgage. We appreciate that this was disappointing for the customer.’ 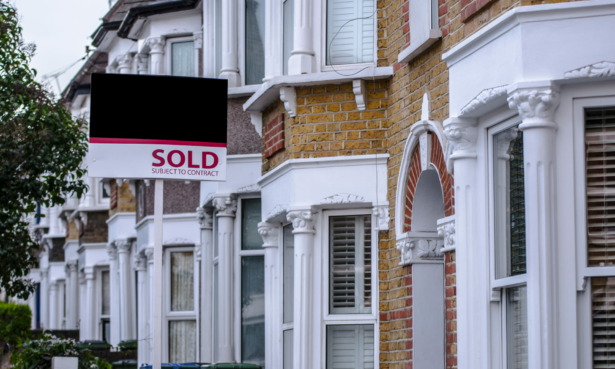 16 weeks might seem like an incredibly long time to wait for a mortgage to be switched to another property, but legally there’s no set timeframe in which lenders must process mortgage applications.

Chris’s case isn’t the only example we’ve heard of long mortgage processing times causing issues. Another homeowner recently contacted Which? after a 12-week delay when remortgaging pushed them onto their lender’s SVR, increasing their monthly repayments.

We contacted UK Finance, the trade body for mortgage lenders, to ask if such delays are considered reasonable.

It told us: ‘Mortgage providers continue to face significant levels of demand ahead of the end of the stamp duty holiday, whilst also dealing sensitively with borrowers who are approaching the end of their mortgage payment deferral arrangements. The industry is working hard to maintain the high levels of service customers require during this period of unprecedented demand in the housing market.’

How to avoid delays when applying for a mortgage

We spoke to two mortgage brokers to find out what homebuyers and remortgagers can do to avoid delays in their applications.

Will Rhind, head of mortgage advice at Habito, says: ‘If speed is important to you when getting a mortgage, make sure you use a broker and explain your timeframes. At the moment, we tend to advise customers who are in a rush to avoid lenders that we know are taking a very long time. If being approved faster is more important than getting the lowest rate on the market, customers can get that information and weigh their options up.’

Which borrowers are worst affected?

David Hollingworth of L&C Mortgages agrees that some lenders are reporting longer processing times, but says borrowers with complicated applications are likely to be worst affected by delays.

He told Which?: ‘Lenders may need to see more evidence where the applicant’s income is more complicated, and will need to ensure the lending is sustainable in the current climate. For example, lenders are having to look at track records and current income levels for self-employed borrowers’.

David says people with more straightforward applications – such as people remortgaging – should consider planning ahead to secure a deal.

He says: ‘Remortgages are often a simpler transaction with fewer blockages, and so times can be quicker. Starting to shop around three or four months before the end of your current deal is certainly possible, given most mortgage offers will typically be valid for three to six months.’

What to do if a delay costs you money

If you believe you’ve lost money due to excessive processing times, it’s possible to submit a formal complaint.

Will Rhind says: ‘If a customer believes an early repayment charge (ERC) has been unfairly applied or is excessive, they should first make a complaint to the lender. If they then disagree with the outcome, they can contact the Financial Ombudsman Service (FOS).

‘Depending on all of the details of the case, if the FOS agrees that an ERC has been unfairly applied, they can ask lenders to refund the charge, and pay compensation for additional costs, for example where the customer has had to borrow more money.’

Are you paying too much council tax?