For the first time in nearly seven years, renters are paying less each month than first-time buyers.

That’s according to a new report by Hamptons, which found rising mortgage rates and falling rents during the pandemic have swung the balance in favour of tenants.

Here, Which? explains where in the country renters are benefiting the most, and offers advice on the cost of getting on to the property ladder.

Renters better off than homeowners for first time since 2014

A new report by Hamptons claims that renters are now £71 a month better off than homeowners.

The estate agency says that for the first time since December 2014, renters are paying less each month than people with a 90% mortgage.

Before the pandemic hit last March, it was a very different story – with buyers that had 10% deposits more than £100 a month better off than renters.

How do costs vary around the UK?

Hamptons says that before the pandemic, it was cheaper to own a home than rent in every region of the country.

Now though, things are different, with only three of Great Britain’s 11 regions cheaper for buyers than tenants.

London has seen the largest shift, with rents falling significantly since the start of the Covid-19 outbreak.

Before the pandemic, a buyer with a 10% deposit would have saved £123 each month, but the swing means renters are now £251 better off.

Scotland, the North East of England and Yorkshire and the Humber are the three regions bucking the trend.

Are mortgage rates to blame?

The pandemic has had a major effect on the cost of mortgages for first-time buyers, and this is likely to be the biggest contributor to Hamptons’ findings.

During the first lockdown, nine in 10 90% and 95% mortgages were withdrawn from the market, and when 90% deals came back last Autumn, they were significantly more expensive than before the pandemic.

The government’s move to introduce the mortgage guarantee scheme – which encourages lenders to offer 95% mortgages – could in time reverse this trend.

Since the scheme’s launch in April, we’ve already seen rates start to drop. If this trend filters down to 90% mortgages in the coming months, first-time buyers will be able to access more attractive deals and cut the cost of home ownership.

What will happen to house prices during the remainder of 2021?

Hamptons predicts that the balance may swing back towards buyers later this year as rents begin to rise and mortgage rates fall, but much depends on what happens to house prices after the stamp duty holiday ends.

House prices have been turbo-charged in recent months, with buyers scrambling to complete deals and shave up to £15,000 off their tax bill.

The Land Registry’s most recent data shows house prices are up nearly 9% year-on-year, while figures from HMRC show that more than 100,000 transactions are going through each month, well in excess of pre-pandemic levels.

House prices have been rising at an unsustainable rate, and it’s highly likely that the market will slow down in the second half of the year, resulting in price growth slowing. In some areas prices may even fall slightly from their current levels. 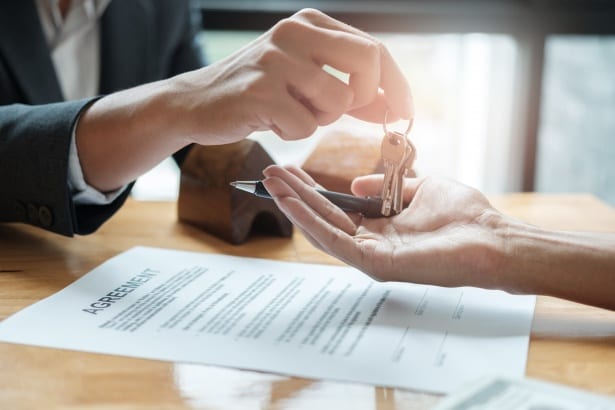 Is now a bad time to buy a house?

If you’re looking to buy your first home and have saved up a deposit, you may be better off holding fire until the market slows down.

The stamp duty break has only been of limited use to first-time buyers. The vast majority of first-time buyers in England and Northern Ireland were already exempt from the tax, due to the generous £300,000 threshold available to people buying their first home.

People buying a home right now are likely to be buying right at the top of the market, so it’s important to think carefully before proceeding.

If you buy now and prices drop in the short term, your home will be worth less than you paid for it, and you could even end up in negative equity.

With this in mind, it’s best to only make the move if you’re planning to be in the home for at least a few years, as the market will hopefully have had a chance to stabilise post-pandemic by the time you look to progress up the ladder.

Am I ready to buy my own home?

If you’ve been renting a home for a long time and have been striving to save a deposit, you probably can’t wait to get on to the property ladder.

Buying a property means you won’t be paying ‘dead’ money to a landlord every month. Instead, you’ll be investing it in your own asset, growing your equity over time. Additionally, you’ll be able to make a home truly ‘yours’ without worrying about inventories and deposits.

Knowing when it’s the right time to buy isn’t just about the market, it’s about whether you’re prepared for the financial commitments of being a homeowner.

Our guide on the cost of buying a house explains the key things you’ll need to factor in when purchasing a home, such as mortgage fees, surveys and conveyancing.

In addition, why not take a look at our advice on household bills, which explains the various utility, insurance and maintenance costs you might face as a homeowner.

If you are ready to take the leap, our guide on finding the best places to live provides useful tips on comparing areas and finding the next hotspot.